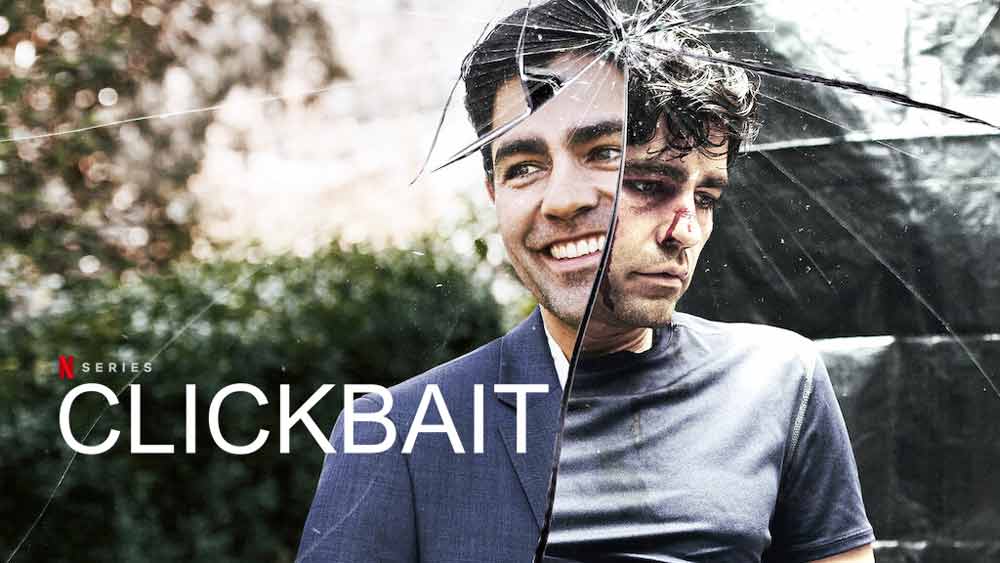 CLICKBAIT on Netflix is a limited series in the thriller, crime, and mystery genres. It’s very addictive and intense. A huge puzzle that doesn’t truly reveal itself until the very end. You’ll want to check this one out. With 8 episodes, it’s easy to binge-watch! Read our Clickbait series review here!

CLICKBAIT is new Netflix thriller series with a plot that utilizes the crime and mystery genres as well. In fact, if you’re a fan of Harlan Coben adaptions, then you’ll like this one. Essentially, it’s a crime-thriller where a huge mystery must be solved. All episodes end with some sort of cliffhanger (often a huge one).

You might think you know all the answers – hell, you could be sure of it. However, I urge you to cool your jets and just keep watching. We watched all eight episodes for this review since it was crucial for us here at Heaven of Horror that it wasn’t as simple as it might look. Sure, you will (or should) guess many elements, but this one should still have some surprises in store for you!

Continue reading our full Clickbait series review below and enjoy it on Netflix.

An intense story that keeps evolving!

The plot is very simple: A video showing a man, beaten and trapped, holds up a sign stating that he will be killed when the video hits 5 million views. This in itself isn’t a very innovative plot. Then again, it’s only the very beginning of what we’ll go through during the eight episodes.

In many ways, Clickbait explores how our most dangerous impulses are fueled in the age of social media. Often revealing the vast difference between our virtual and real-life personas. That’s why we all know the man in the video is doomed. Everyone will want to watch this strange video and many will comment and judge the man. Despite knowing nothing about him!

Just as was the case with the Netflix series The Innocent (based on a Harlan Coben novel), every episode focuses on one character in particular.

This means the episodes are named for the person highlighting them. We start out with the sister. The sister of the man in the video, that is. Then it’s “The Detective” followed by “The Wife”. And really, you shouldn’t look any further since the episode titles do give minor spoilers. Potentially, anyway. 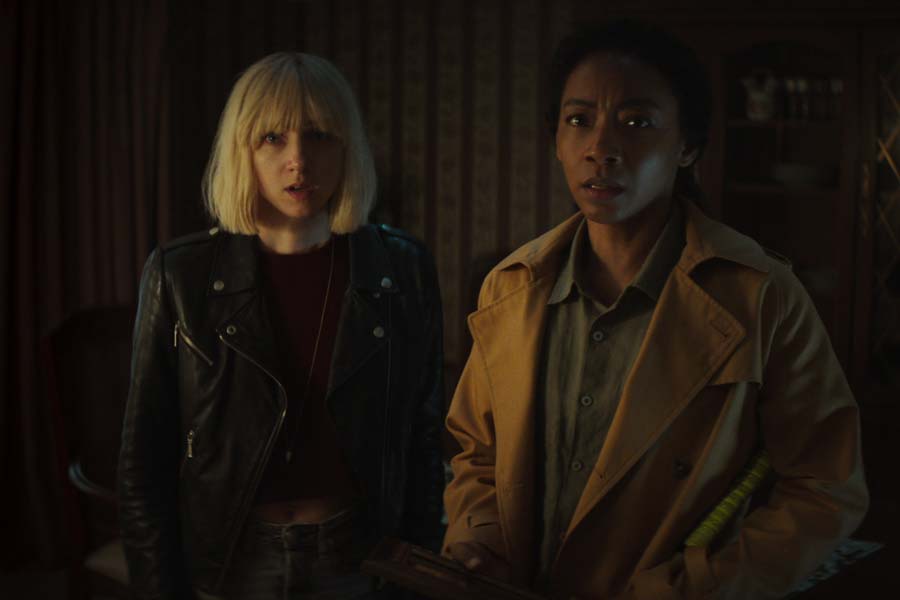 The sister is Pia Brewer and she’s portrayed by Zoe Kazan (The Monster). She’s actually an actor I feel a bit ambivalent about. She often portrays rather annoying characters. Don’t get me wrong, Zoe Kazan is usually great, I just tend to get irritated with the characters she plays. Fortunately, that’s perfect for Clickbait since Pia Brewer is super high-strung and wants answers.

The brother, Nick Brewer, is played by Adrian Grenier (Entourage) and he has to go through a lot during this mini-series. The same should be said for his wife, Sophie Brewer, who is played brilliantly by Betty Gabriel. I first really noticed her in Get Out (2017) and now she seems to be everywhere. It’s great! She’s actually been around for a while though.

Our review of Jordan Peele’s Get Out here >

Betty Gabriel was in The Purge: Election Year from 2016 and has since been in Unfriended: Dark Web, Upgrade, and the Apple TV+ series Defending Jacob. Even though her, rather small, role in Get Out was fairly small, it was quite the revelation for many. With her role in Clickbait, she has a lot to work with and creates the most amazing character!

Let’s talk about the ending of Netflix’s Clickbait real quick. We’ve done quite a few “ending explained” on this website, since quite a few movies and TV series end on tricky notes. Or simply offer a lot of twists that might be difficult to keep track of.

Really, the Clickbait ending is not one of those stories that require any in-depth explanation – even if quite a few have been made already.

In fact, this Netflix thriller series is very good at laying out the answers, so you will actually get the ending explained within the series. Just pay attention and you’ll have all the answers you need. Both about what happened to Nick Brewer as well as what kind of person he really was!

Clickbait was created by Tony Ayres (Glitch) and Christian White (Relic). The two creators also wrote on the episodes along with Melissa Scrivner-Love (Fear the Walking Dead), Bradford Winters (The Sinner), and Pete McTighe (Wentworth).

The eight episodes in this limited series are directed by four directors who each made two consecutive episodes. These four directors are Brad Anderson (The Machinist), Emma Freeman (Stateless), Cherie Nowlan (You, Helstrom), and Ben Young (Extinction).

Essentially, Clickbait has the kind of plot where you can’t truly judge it until you’ve watched all of it. There is a lot more to its story than you might think. Also, I should mention that if you think the ending is unrealistic, then you have not been paying attention. There are many stories from the real world that are eerily similar.

Nick Brewer (Adrian Grenier) is a loving father, husband, and brother, who one day suddenly and mysteriously disappears. A video appears on the internet of the badly beaten Nick holding a card that says “I abuse women. At 5 million views, I die”. Is this a threat or confession? Or both? As his sister (Zoe Kazan) and wife (Betty Gabriel) rush to find and save him, they uncover a side of Nick they didn’t know existed. 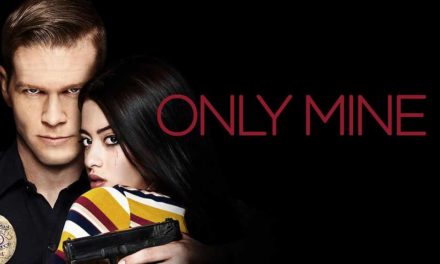 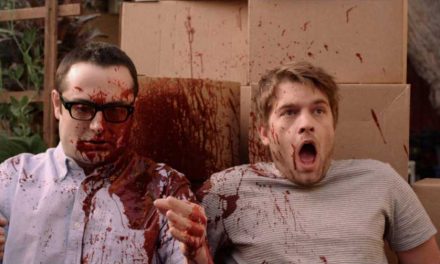 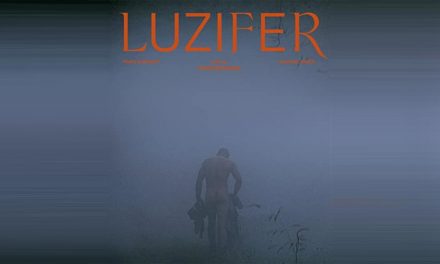 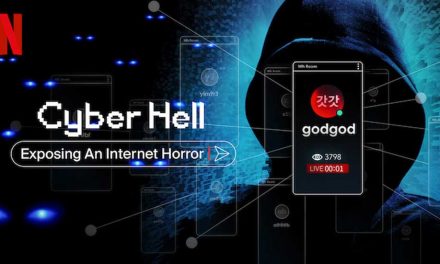