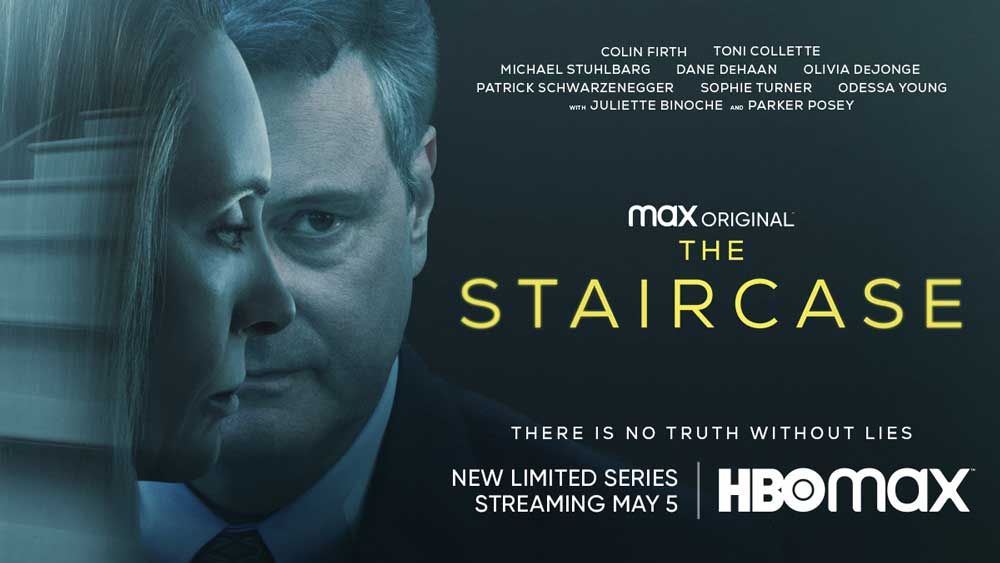 THE STAIRCASE on HBO Max is a new series about the true-crime case that was rather well-documented in a Netflix documentary. This fictional take on the case has a stellar cast, but those who have seen the documentary will already know the twists and turns. Read our The Staircase series review here!

THE STAIRCASE is a new HBO Max series in the crime, thriller, drama, and biography genres. In other words, we’re in the true-crime subgenre with this series since the biography element refers to the whole “based on a true story”-part. Also, this case has been very well covered already in the Netflix documentary of the same name.

That also means that there isn’t anything new to be found in this HBO Max series if you’ve watched the Netflix docu-series. Having said that, this is of course a fictional take on the true-crime case that has spanned many years. The amazing cast of this series – with Colin Firth in the all-important role of the possible killer – is enough reason to check out this production which is in eight episodes.

Continue reading our The Staircase series review below. You can watch the first three episodes on HBO Max from May 5, 2022.

The main person in The Staircase is Michael Peterson, who is accused of having killed his own wife, Kathleen. He claims her death was the result of an accidental fall on the staircase. This is the basic premise, just as it was in the docu-series. What comes next are all those bits and pieces of information that might lead you to believe Michael Peterson or the prosecutor’s take on this.

In the all-important role of Michael Peterson, we see Colin Firth who is absolutely amazing. If you’ve watched the documentary, you should be able to recognize the speaking pattern and mannerisms of the real Michael Peterson. Maybe that’s why I also found it a bit weird to watch this HBO Max series about the case; It almost hits too close to the real thing!

Other actors in this cast are rather big names such as Sophie Turner (Game of Thrones, X-Men), Dane DeHaan (A Cure for Wellness), Patrick Schwarzenegger (Warning), Odessa Young (The Stand), and Olivia DeJonge (Better Watch Out). They all play the roles of their children.

In other roles, you’ll see Parker Posey (Lost in Space), Rosemarie DeWitt (Black Mirror: Arkangel), and Michael Stuhlbarg (The Shape of Water). And this is just to name a few!

While the story is already well-known via the Netflix docu-series, this HBO Max production tries to make it more relatable by not just giving the facts, but showing them. This results in some truly brutal scenes that offer a very visceral experience. When Michael Peterson’s defense is coming up with their explanation for how his wife, Kathleen, could die such a violent death, we see it.

It happens as she falls on the staircase, and we see the way it could have happened. Toni Collette (who was robbed of all awards for Hereditary) plays Kathleen and we see her violently dying from falling down the stairs. A death scene that takes quite some time since she slips in her own blood after having hit her head and hurts herself over and over again.

It is perhaps one of the most intense and difficult death scenes I’ve ever watched because it looks so real.

The creator of this fictional take on the case made famous in a documentary is Antonio Campos. He is also a director on the series along with Leigh Janiak. That’s a name that should familiar to most horror fans since she directed the 2021 summer horror movie trilogy on Netflix called Fear Street.

Our reviews of the Fear Street movies on Netflix – beginning with “Part 1: 1994” here >

As a writer and director, you should also know Antonio Campos from The Devil All the Time which is also a Netflix movie.

Overall, I’m not entirely sure how I feel about this HBO Max series. The cast is awesome and the production quality is obviously amazing. However, having watched the documentary, I’m not sure that I’m the right audience for this. I won’t be shocked or surprised by the twists and turns. I did however feel a sense of shock and dread when I watched the imagined death of Kathleen.

But surely, that isn’t enough to make a fictional take on a true story; To be able to show the most gruesome parts! Instead, I think my conclusion is that this HBO Max series is like the US remake of a foreign production. Some people don’t like watching documentaries, so there’s this fictional version of the story. For them, watching The Staircase should be an amazing experience.

For me, I feel like I’ve already watched the original and I’m still on the fence about whether I like the remake more.

The Staircase premieres with the first 3 episodes on HBO Max in the US on May 5, 2022. The remaining five episodes will be released weekly with the series finale airing on June 9, 2022.

Inspired by a true story, The Staircase explores the life of Michael Peterson (Colin Firth), his sprawling North Carolina family, and the suspicious death of his wife, Kathleen Peterson (Toni Collette). 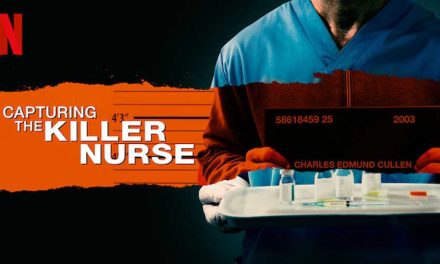 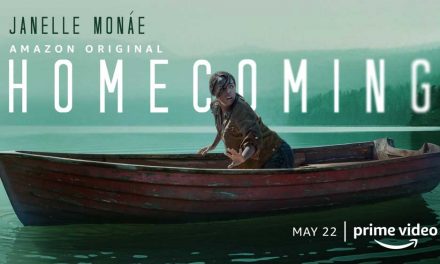 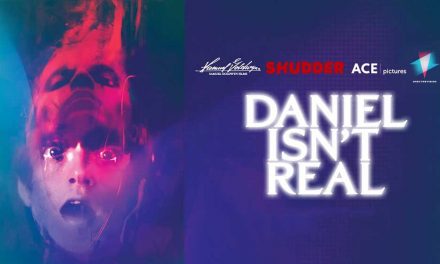 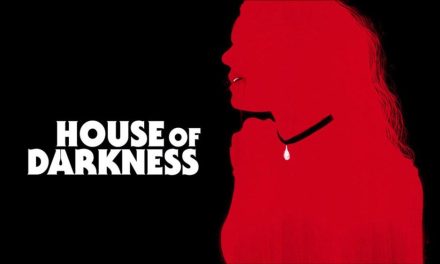