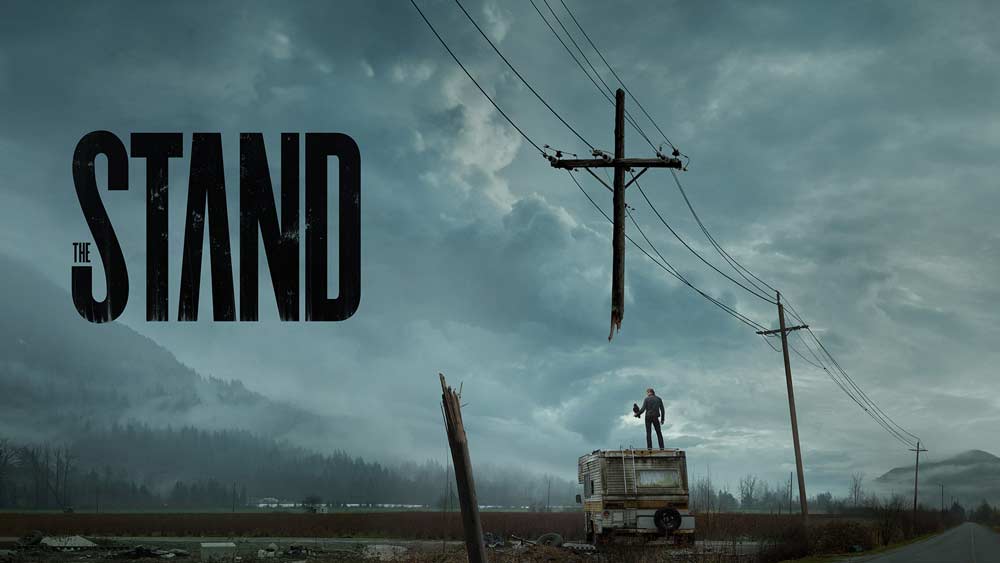 THE STAND is the new CBS All Access series adaptation of the Stephen King novel. And this time, the story does feel more relevant than ever. The cast of this new adaption is absolutely brilliant with amazing actors in even the smallest of roles. Read our full The Stand series review here!

THE STAND is the new series adaptation of Stephen King’s novel of the same name. The series will air on CBS All Access in the US with one episode per week and with nine episodes, you’ll get to enjoy this The Stand 2020 adaptation for a good two months.

The first three episodes are mainly used to introduce characters, which does mean it’s a bit of a shame that you have to wait a week for each new episode. Then, from episode 4, the real story begins and the line of the ensuing battle of good versus evil is becoming obvious.

Continue reading our full The Stand series review below. We’ve watched the first four episodes (out of nine) for this review.

A pandemic as seen through the eyes of Stephen King

Since the plot of The Stand begins with a pandemic, the story does feel more relevant than ever. However, it also serves as a reminder that we’re lucky it isn’t worse right now. After all, this is a pandemic as seen through the eyes of horror master Stephen King. And written when he was addicted to all kinds of substances at that!

Of course, the pandemic that causes the demise of 99% of all human beings, is “only” the beginning.

In The Stand, the 1% is now those people who are immune to the virus. The actual story in this series (as in the book) is about the battle between good and evil. Actually, God versus Satan, to be specific (or whatever these two entities might be called according to your beliefs).

A lot of people die during the first few episodes alone. And not necessarily from the pandemic called “Captain Trips” which is a lethal strain of influenza. Not unlike the pandemic currently ravaging our real world. Still, the way in which Captain Trips works is brutal in a different kind of way. The physical impact of this virus is very disgusting and absolutely perfect! 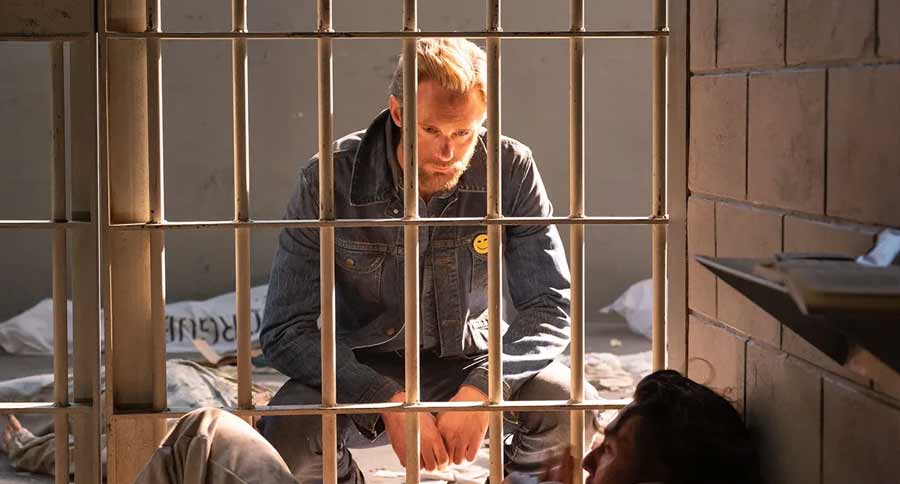 The most fantastic cast

When the casting news began trickling out, we knew The Stand would end up with a truly fantastic cast. And every single character has turned out to be played by a very well-known face. There are virtually no exceptions. However, do be ready to have many familiar faces plays very small characters. Almost of the cameo variety at times.

One of the most iconic characters in The Stand is Randall Flagg and while we don’t see too much of him during the first four episodes, he is still there all the time. Alexander Skarsgård plays the iconic character this time around and, in my opinion, he’s perfect in this role. As his counterpart, Mother Abagail, we have Whoopi Goldberg. And yes, she’s equally perfect cast!

The five people chosen by Mother Abagail (or rather, by God, but via her) are both familiar and relative newcomers.

Also, we have to cover the people who begin in Mother Abagail’s camp but seem still somehow to belong to Randall Flagg; Nadine Cross, and Harold Lauder. Nadine Cross is portrayed brilliantly by Amber Heard (All the Boys Love Mandy Lane) and Harold Lauder is played by Owen Teague (It). In my opinion, Owen Teague is always brilliant in whatever he does, but as Harold Lauder, he still manages to surprise me in terrifying ways.

Another iconic character is Trashcan Man. While he isn’t part of the first four episodes, he is portrayed by Ezra Miller and I am definitely looking forward to when he appears on the screen. Nat Wolff (Death Note) plays Flagg’s right-hand-man Lloyd Henreid. We get his back story rather fast, but I’m sure we’ll get to see much more of him in the final half of The Stand series.

Also, from the second he appeared on screen, Tom Cullen became a favorite of mine and I suspect he will win over many others. Fast! Brad William Henke (Split) plays Tom Cullen and he does everything right.

The creators of this The Stand series adaptation for CBS All Access are Josh Boone and Benjamin Cavell. Josh Boone also wrote and directed The New Mutants which was not a success. However, with the amounts of re-writes and re-shoots that particular movie was forced through, I don’t know how much of his vision remained.

Benjamin Cavell has worked on several successful TV series such as Homeland and Justified. While I enjoyed the 1994 mini-series adaptation of The Stand, I do feel that a new adaptation is a good thing. Especially right now!

Of course, I am never against remakes or reboots which I know many people are. Just as a pet peeve or on principle. Whatever your feelings may be, you should give this adaptation a chance because it’s extremely relevant and has an awesome cast. Also, it’s just a damn fine production and serves as solid entertainment. Especially from episode 4, when things start to begin in terms of the actual “stand”.

The Stand episode 1 will premiere on Thursday, December 17, 2020, on CBS All Access.

When the “Captain Trips” flu epidemic wipes out more than 99% of the population, the remaining few immune to the disease, including Stu Redman, Frannie Goldsmith, and Harold Lauder, set out in search of other survivors, all the while, experiencing visions of the nurturing Mother Abagail and the menacing figure of The Dark Man. 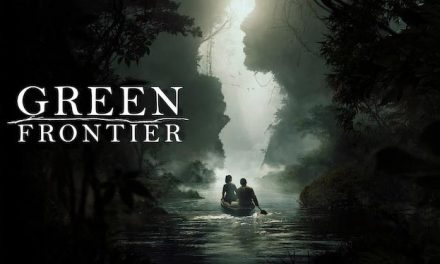 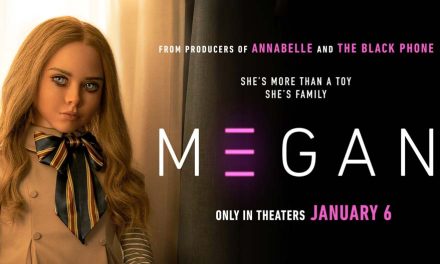 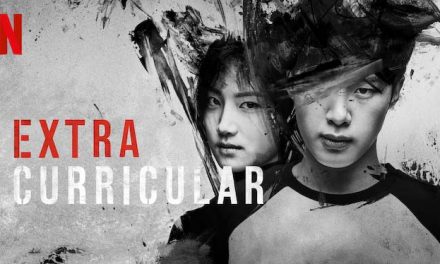 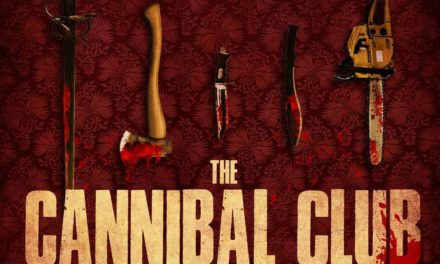