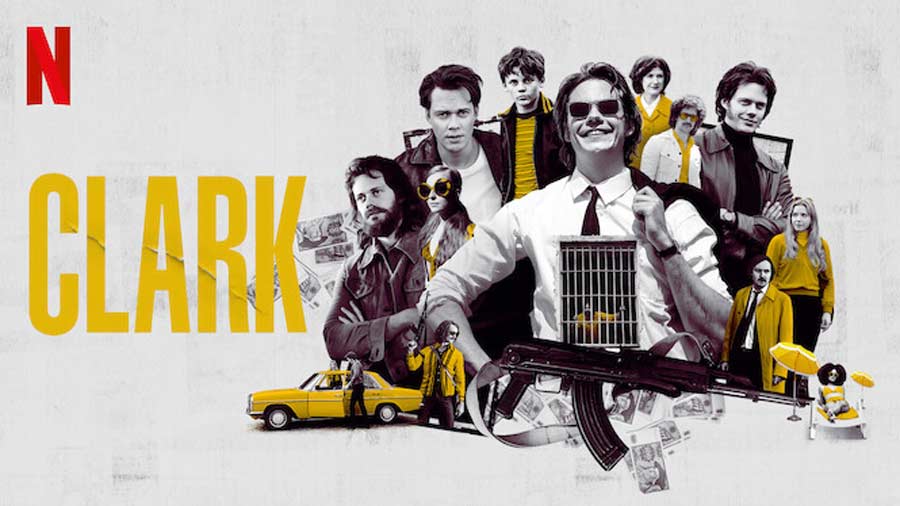 CLARK on Netflix is a new series in the crime, thriller, and comedy genres. Based on the true crimes of Clark Olofsson who is the man directly linked to the “Stockholm Syndrome”. Bill Skarsgård stars in the title role and is simply perfect. Read our full Clark series review here and find all 6 episodes on Netflix!

CLARK is a new Netflix series with six one-hour episodes. It’s based on a true story (or rather, the true crimes) of Clark Olofsson. Also, it’s made very clear that the story is based on both truth and lies. Primarily because it’s based on his autobiography and he is notoriously arrogant and very full of himself.

Also, he’s a real charmer when he wants to be, which explains why he’s the man directly linked to the “Stockholm Syndrome”. And why he has six children with three different women. Bill Skarsgård stars in the title role and is simply perfect.

Continue reading our Clark series review below. We’ve watched all 6 episodes in the series for this review.

As already mentioned, Bill Skarsgård is perfect in the title role of this Netflix series. During the first many episodes, he is funny and charming, while being a small-time criminal who usually just steals whatever he can get his hands on. He tends not to be violent and usually “just” gets hurt himself while trying to escape.

Later on, he is less charming as his desperation and inability in functioning as a “normal” citizen prove impossible. Throughout the series, we also get flashbacks to his childhood. At first, it looks fairly normal, but with each flashback, it gets darker and more brutal. The same situations are shown over and over, but each time we get closer to the truth of his childhood.

Also, in his normal adult life, he even wears a clown costume at one point (for one of his kid’s birthday parties), which is pretty funny given his “Pennywise” role. However, he is not scary in this Netflix series at all. Or actually, it’s scary to watch him continue making the same mistakes over and over while becoming more jaded and less charming!

One funny thing that becomes a running joke, is the fact that he is the world’s fastest lover. Something he might convince virgins is totally normal, but other women are very underwhelmed with his performance in bed. 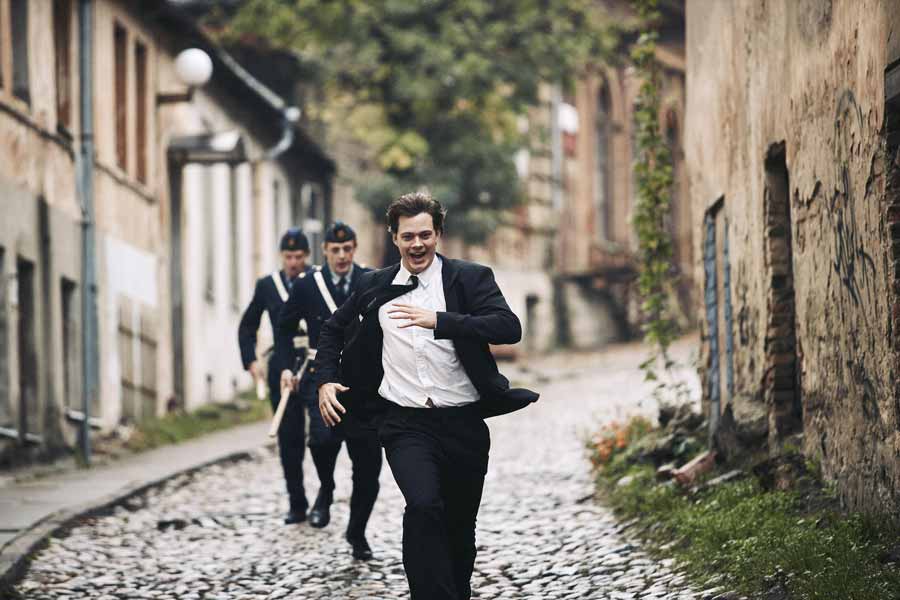 This Netflix series isn’t about the Stockholm Syndrome

While Clark is definitely also about the Stockholm Syndrome, the series as a whole is not about this. In fact, it’s only episode 4 that covers the bank robbery that ended up resulting in some hostages falling for Clark Olofsson’s charm and going against the police.

Something that was later named the “Stockholm Syndrome” and which Clark himself comments should have been called the “Olofsson Syndrome”. And I can definitely imagine him stating this since it is very accurate. This series is about Clark Olofsson, which is why the whole “Stockholm Syndrome”-incident is just one chapter. And while it is interesting, so is everything else!

For people who speak Swedish (or the Nordic languages), it is also insanely funny to hear him speak English with a heavy Swedish accent. And many Swedish words in the mix. Of course, Bill Skarsgård does speak perfect English, so it’s just to highlight that this was part of Clark Olofsson’s charming ways. Whatever he couldn’t do, he’d still just try his best at.

Also, almost all the Swedish characters speak English (with varying success) throughout the series, so it does become quite an entertaining layer.

Jonas Åkerlund is the creator and director of this Netflix series, which seems to be a match made in heaven. His quick cuts and fast-paced style work perfectly for the life story of Clark Olofsson while also making room for the deeper and darker details. Jonas Åkerlund (like David Fincher and many others) started as a music video director. In fact, he still makes many music videos.

From the MTV-banned The Prodigy music video for “Smack My Bitch Up” and Madonna’s “Ray of Light”. Plus a slew of productions for Beyoncé, Metallica, U2, Lady Gaga, Rammstein, etc. Also, he made the 2018 true-crime horror drama Lords of Chaos (2018).

Overall, this Netflix series is both very laugh-out-oud-funny and goes into the darker sides of comedy as well. It is a crime, thriller, comedy series based on true crime, but mostly, it’s the portrait of a man who has often been larger-than-life. It is a very well-made and incredibly entertaining story.

Also, while you will laugh at Clark Olofsson because he is a funny and entertaining person, you should also be both disgusted and shocked at what he is capable of. Something Bill Skarsgård does an excellent job of highlighting – especially when it comes to how he treats his friends and lovers.

There are many sides to this man and none are kept secret for this Netflix series. So don’t fall too hard for his charm, because he is not without dark sides!

Clark is out on Netflix globally with all six episodes on May 5, 2022.

The fictional drama series Clark follows the man behind the expression “The Stockholm syndrome” on his life journey as he fooled all of Sweden to fall in love with him, despite several counts of drug trafficking, attempted murder, assault, theft and dozens of bank robberies. Based on the truths and lies revealed in Clark Olofsson’s autobiography and directed by Jonas Åkerlund, the series provides a fictional take on one of the most controversial personalities in contemporary Swedish history. 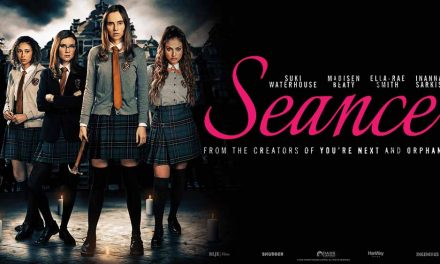 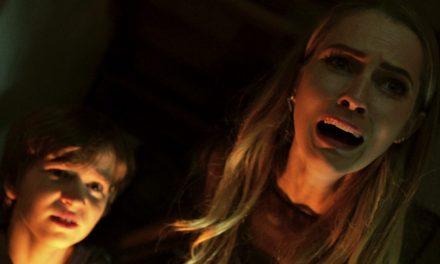 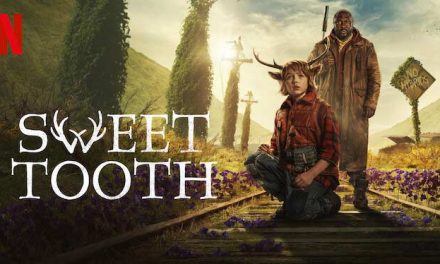