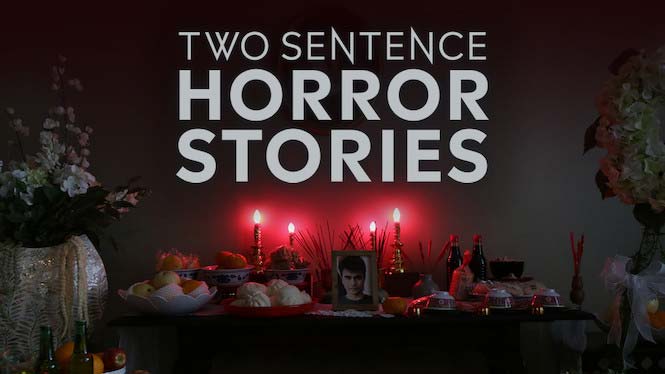 TWO SENTENCE HORROR STORIES Season 2 is now on Netflix (US). The horror anthology series once again features lots of horror short films. The season has 10 episodes, each with a runtime of around 20 minutes. This does make it a rather binge-able series, but it can also be the perfect bite-sized horror snack that lasts a while.

Just like season 1, it’s a pretty awesome horror anthology series on Netflix. Some episodes are obviously better than others, but the season does have an impressive level. Please note, if you look up Two Sentence Horror Stories on IMDb, this season is currently listed as season 3. That is incorrect. This is season 2 and it begins with the episode Bag Man.

Check out our ratings in our Two Sentence Horror Stories season 2 review below.

Plot of Bag Man: A group of high school students in detention are stalked by a demonic creature.

Bag Man is sort of The Breakfast Club meets Hellraiser or an Asian horror classic such as Ringu. A very simple plot tainted by the scare of school shootings and the assumptions we all make subconsciously. Closer to 3½ than 3, but we don’t do half stars.

Plot of Elliot: A transgender student is offered a means of standing up to his bullies by a mysterious janitor.

The Elliot episode had a lot going for it but also felt a bit sloppy along the way. Personally, I cared more for the transgender plot than the horror elements, which is never really good when you’re watching a horror short story.

James Goldman felt very organic and full of heart and pain as the titular character with Janet Kidder (who was brilliant in Limetown) as The Janitor. David Lewis (Child’s Play) was perfect as the bigoted principal from Hell.

Plot of Instinct: A gig worker begins to suspect that her latest employer may be a serial killer.

Now, this was an episode I could relate to. Watching as many horror movies as we do – often while trying to guess the plot development ahead of time – I related to the lead character in Instinct on a crazy level. Sunita Prasad (The Stand) is awesome as the lead character, Anika, while Tyler Johnston (Shut Eye) hits all his marks as the “maybe creep”. 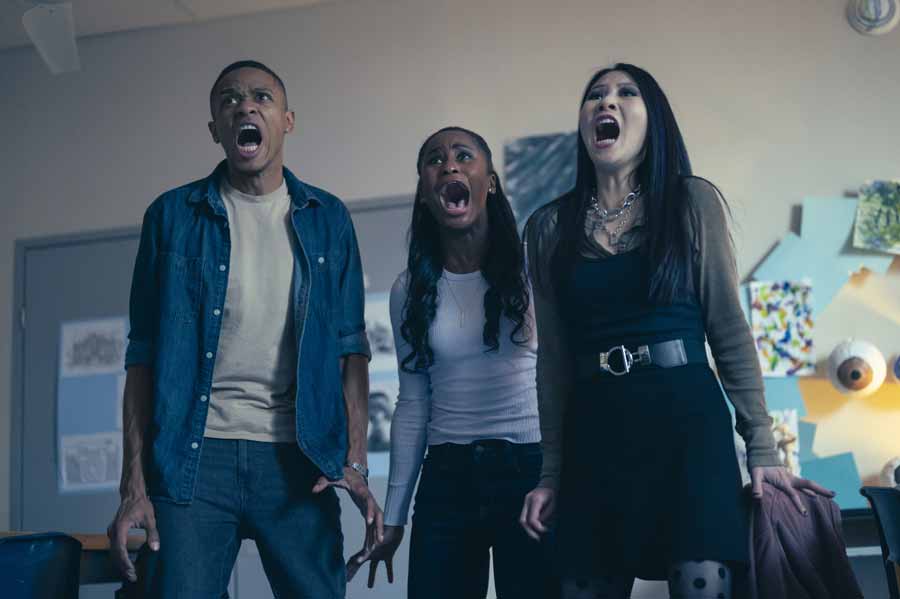 Plot of Imposter: The lone Asian-American at a hedge fund is about to receive a major award when he finds himself stalked by a mysterious lookalike.

I loved the concept of this episode, but the execution of it just fell flat. The Imposter episode had so much going for it, but ultimately, it let down its own concept by creating a messy story rather than taking the straight-forward route. It felt incomplete even though the story had all the making of a memorable home run.

Plot of Quota: An e-commerce fulfillment center is ravaged by a mysterious outbreak.

With Quota, you’ll get a classic horror story that features a zombie-like virus mixed with the ugliest sides of capitalism. If your mind wanders to Amazon news stories while watching this, I’m sure that’s no coincidence.

Plot of Fix: A young man visits his estranged sister, and comes to believe she may be possessed by a demon.

I liked the ending and ultimate story told in Fix but wasn’t thrilled about the execution. Also, this was one of those two-sentence horror stories that I already knew, so maybe that got in the way of me truly appreciating the episode. 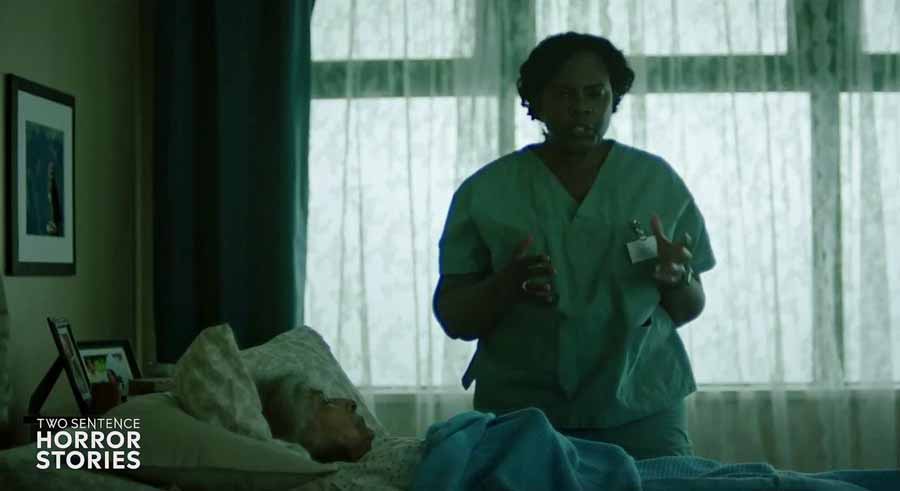 Plot of Essence: A beautician suspects that something strange is happening at the salon where she works.

A very powerful episode that could probably have been a tad shorter to be even sharper. The casting was spot on for Essence and the message was obvious and yet not grossly overt. Directed by Bola Ogun who also directed episode 9, which is probably my favorite of the season. Essence is a close second.

Hopefully, we’ll see a new feature film from her soon because Bola Ogun is one talented filmmaker!

Plot El Muerto: A young girl is haunted by ghosts at the morgue where her mother works.

This could have been one of the most powerful episodes, but the execution of the El Muerto story didn’t land most punches. From the jump scares to the plot twist, both were obvious a mile away. A shame since the plot itself was a really good one!

Plot Ibeji: After suffering a stroke, a Nigerian-American woman is stalked by a dark creature haunting a hospice facility.

I really enjoyed the Ibeji episode which dealt with both religion, folklore, and very real issues about social inequality. And also, well, blatant racism. A great story with awesome performances by all actors – especially Nicole Nwokolo and Martyne Musau as the twins Adaora and Eneh.

This is what I want from a genre short film. Bravo!

Plot Manifest Destiny: A Native American podcaster visits a Wild West reenactment, which is soon made real by the spirit of a racist sheriff.

The final episode of Two Sentence Horror Stories season 2 is another very powerful one. This one deal with both cultural appropriation and the real history that is often forgotten (or glossed over) in the name of moving on. Loved the message and also the horror elements of this one. Not my favorite of the season, but still one of the strongest episodes.

Vera Miao is the creator of the Two Sentence Horror Stories series and I’m still very fond of the basic concept. The short film style makes it easy to watch because even when a story doesn’t tickle your fancy, the next one will probably be closer to your preferences. Just like with the first season, the interpretation of some sentences is a little too loose for my taste.

Since the common thread of this horror anthology is the two-sentence micro horror stories you can find online, I always find it amusing when a story comes up that I’ve actually read. Sure, this means I’ll know the second part of the sentence ahead of time, but I still like seeing how the episode gets there.

More than anything, I am very happy with the 20-minute runtime of each episode. Sure, you can savor the entire season for longer, but admittedly, I find myself binging it very fast. And not just to review it! The second season of this horror anthology series premiered on the CW in January 2021 (with two episodes per week). Now the entire season is out on Netflix in the US.

Two Sentence Horror Stories Season 2 is out on Netflix in the US on February 24, 2021.

Inspired by the viral fan fiction, “Two Sentence Horror Stories” is an original scripted horror anthology series. Each standalone story taps into the expansive world of the horror genre, pressing universal primal fears filtered through the anxieties of the most connected and racially diverse generation. 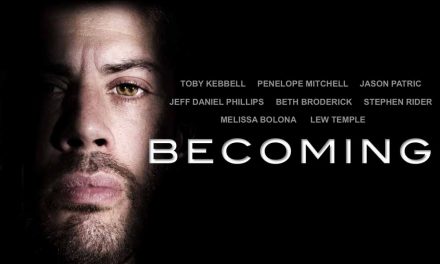 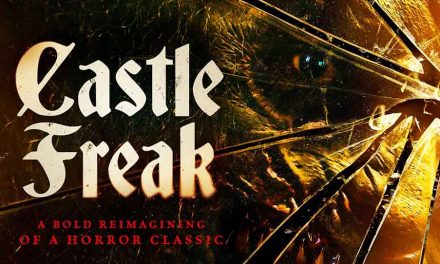 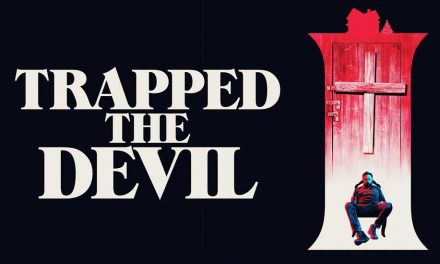 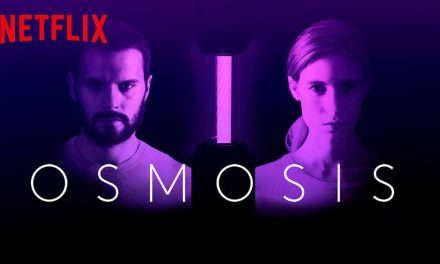