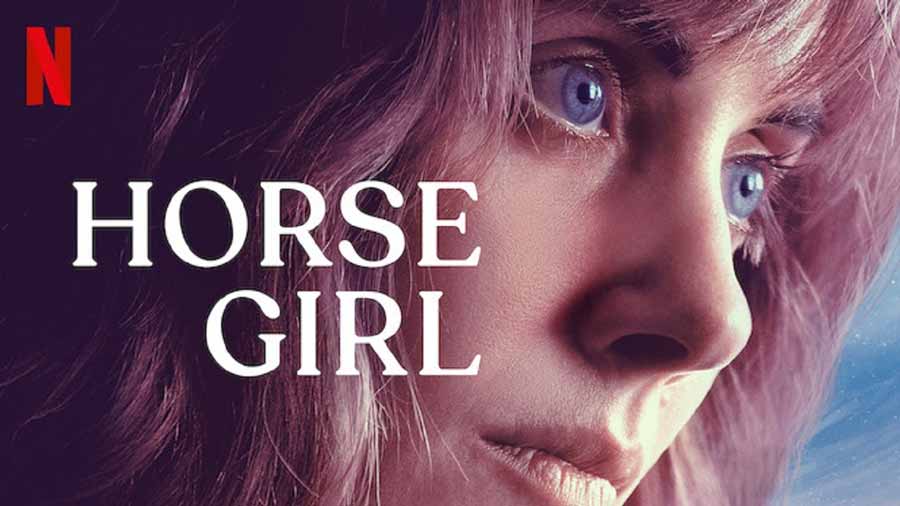 HORSE GIRL is a new Netflix movie starring Alison Brie. She also co-wrote the movie with its director. The genre is difficult to pinpoint, but it’s part very dark comedy and psychological thriller. And it’s awesome! Read our full Horse Girl review here!

Horse Girl is a new Netflix movie and it’s one hell of a genre-bender. Something I always love since it means you never really know where it’ll end up. It requires something of its audience, but in all the good ways.

Also, this movie stars Alison Brie who is an amazing chameleon of an actor. She can do comedy as well as action and drama, so it could go every which way. And with Horse Girl, it really does!

Officially, this new Netflix movie is listed as “drama” on IMDb. Then again, so is everything unless explicitly stated otherwise. This movie does have dramatic elements (of course!), but it’s also a weird and wonderful dark comedy with a psychological thriller plot driver. I know that might sound strange, but it really works.

Continue reading our Horse Girl review below and be sure to check it out on Netflix.

The most amazing cast

Director Jeff Baene must have a great relationship with many actors, because they always flock to his movies – and return time and time again. I’ll get back to that in the final segment of this review.

For Horse Girl, we have Alison Brie in the starring role, but we also have a pretty big cast full of familiar faces. Comedy genius Molly Shannon is one of them and Robin Tunney from the iconic 1996 horror movie The Craft is another.

Paul Reiser is also in Horse Girl and he’s a familiar face to most. Many might know him mostly from the Mad About You TV series. However, sci-fi and horror fans know that he also had a key role in Aliens from 1986.

Of course, Paul Reiser is also in the Netflix series Stranger Things as is John Reynolds who plays Darren in Horse Girl. You should also recognize actor John Ortiz. Either from Kong: Skull Island, The Cloverfield Paradox or yet another Netflix series, Messiah.

Horse Girl is perhaps best described as a dark and humorous psychological thriller about one woman’s search for the truth. No matter how abstract it may seem to be. In order to pull off that kind of story, a solid cast is extremely important and that is definitely what we’ve got with this Netflix movie. 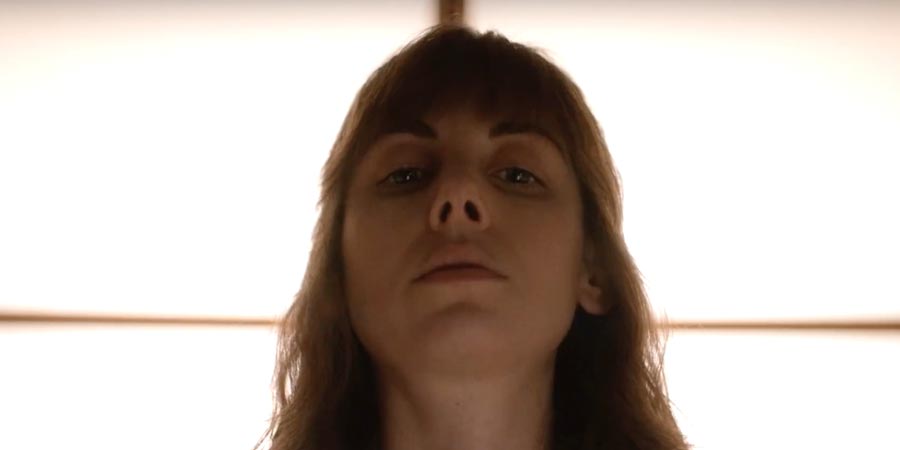 The ending of Horse Girl on Netflix

If you want to get anything out of the Horse Girl ending, then you really do need to pay attention during this movie Obviously, you should always pay attention (which means put your phone away), but with this one it really is necessary if you want to understand the ending.

This isn’t an “the Horse Girl ending explained” piece with spoilers, but we have made one here >

In this review, I won’t do spoilers for the actual movie here since we do refrain from spoilers as a rule. However, I will say that you can explain the ending of Horse Girl in several ways.

It really depends on how you view the story; Is this the story of a woman experiencing some very strange (and probably supernatural) things. Or is it very simply a potrait of a lady having a psychological breakdown? There are moments throughout the movie that could point in both directions.

What’s real and what is “the way Sarah sees things”? Well, you’ll have to watch the ending of Horse Girl on Netflix to get to any kind of explanation. Don’t worry though, because getting to the end is very entertaining and pretty damn crazy at times!

Jeff Baena directed this movie and wrote the screenplay with the star of the movie, Alison Brie. To say Alison Brie is everything to this movie, would still be an understatement. Her performance makes this whole adventure work. Even when it gets pretty damn crazy – which it does!

This is the fourth feature film as a director for Jeff Baena. He also writes the screenplay for all his movies so he’s involved with the entire production. However, Horse Girl actually marks his first time as a producer.

His first movie was Life After Beth and it was an awesome genre-bender of a horror-comedy from 2014. It starred Aubrey Plaza in the title role. His second movie was the comedy-drama Joshy (2016) and then came The Little Hours in 2017.

The Little Hours also starred Aubrey Plaza from his first movie and Alison Brie from Horse Girl. Actually, they also both had small roles in the Joshy movie. Clearly, Jeff Baena enjoys working with the same actors which must be mutual since they keep returning.

This latest movie is pretty hard to define as being in any one genre. It’s both thriller, drama and comedy. And I love it! Horse Girl premiered at Sundance Film Festival in January 2020 before this release on Netflix. It’s a perfect film festival movie but it’s equally perfect for Netflix with the huge audience it reaches.

Sarah (Alison Brie), a socially isolated arts and crafts store employee, finds herself more content in the company of horses and supernatural crime shows than people. But when a series of strangely surreal dreams upend the simplicity of her waking life, Sarah struggles to distinguish her visions from reality.