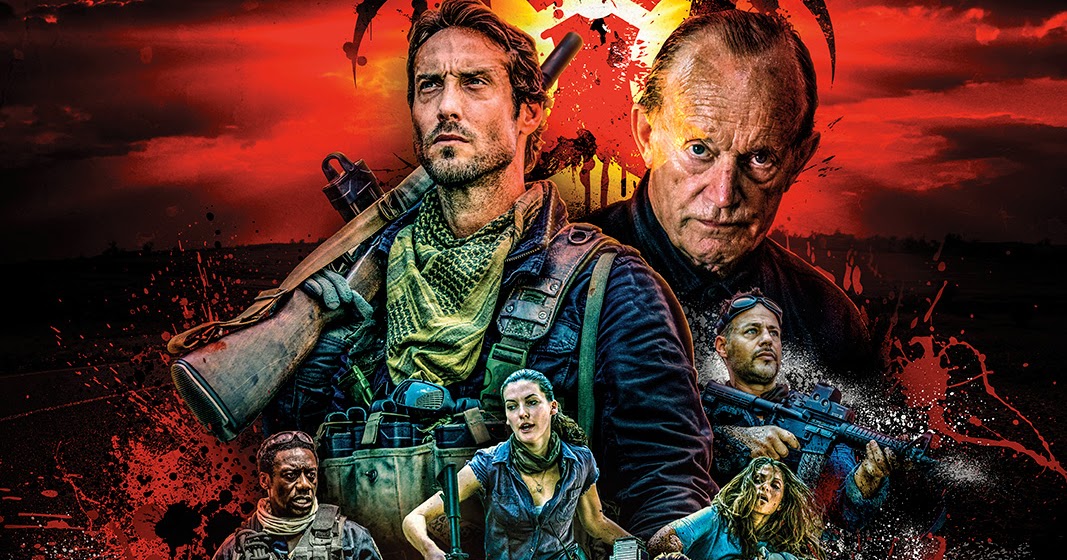 There’s no doubt that many people out there will love Daylight’s End. Unfortunately, I’m just not really one of them. 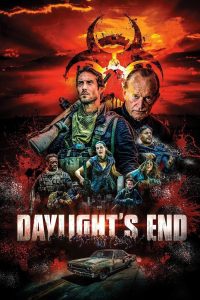 Don’t get me wrong here, it’s not that I hated Daylight’s End or anything. It just didn’t really work for me. The story, the pacing, the music… none of it really hit home for me. The acting was fine, the visual style was cool and the overall production quality was definitely higher than what you would expect from the budget. Still, while watching the movie, I didn’t really feel much of anything.

To me, the story is like a so-so episode of The Walking Dead. But when watching a TV show, I know the characters and understand their motives better. In a movie, they have to constantly try and give you little tidbits, but really, the lead was just channeling an 80s action hero. The lone ranger, who sweeps in an saves everyone. Except, when you look at this story, he brings a Hell of a lot more trouble, than he brings help. I mean, it’s kinda grotesque how many times this “hero” leads the monsters straight to survivors.

Still, I likes Johnny Strong as the lead character Rourke. I just didn’t care very much about the lead character. He is very stereotypical and the exact opposite of everything that worked really well with Tom Hardy’s portrayal of Max in Mad Max: Fury Road, which is very much the kind of apocalyptic world, we experience in Daylight’s End. Max was no hero, he was merely a survivor and when pushed, he did the right thing. 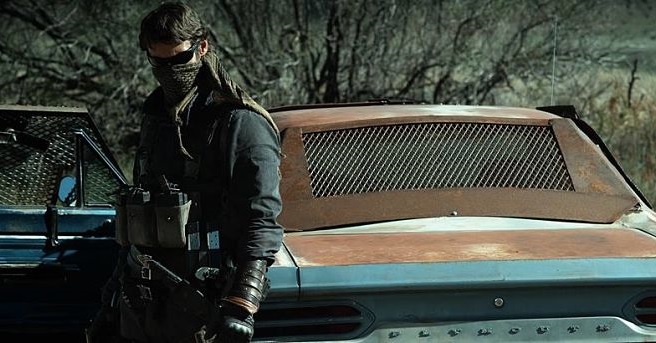 Oh, and there’s no Furiosa in this story, to bring some power and heart to the mix. In fact, there are very few women in this story and none of them have any real background or actual character. They only exist to bring some stereotypical balance into the mix. As a woman, that’s just boring to watch. As a horror-loving woman, I know that this genre usually give us the most kick-ass female characters. From Ellen Ripley (Sigourney Weaver) in Alien to Alice (Milla Jovovich) in Resident Evil. Or let’s go classic horror and talk about Laurie (Jamie Lee Curtis) in Halloween, Nancy (Heather Langenkamp) in A Nightmare on Elm Street and Sidney Prescott (Neve Campbell) in Scream.

In horror, the last man standing is usually a woman. And not because she was hiding, but because she faced the trouble head on. Oh yes, that’s one of the many reasons, I love this genre. 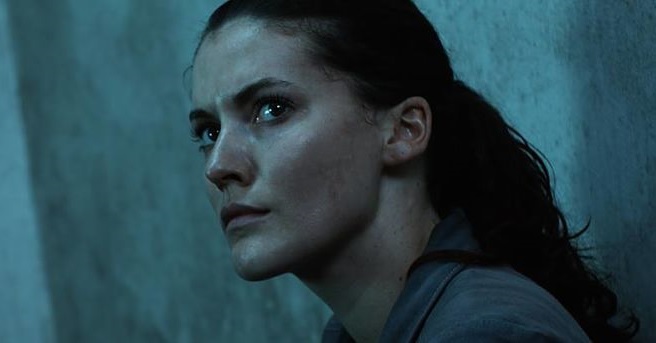 That was definitely not the case in Daylight’s End. In fact, the lead female character, Sam (Chelsea Edmundson), is clearly just there to get some background story out of Rourke. Very disappointing based on the trailer. Though I was very happy to see a familiar face from The Texas Chainsaw Massacre 2003 remake, when Heather Kafka had a pretty decent – but way too small – supporting role in this movie. She was pretty cool and one of the only women to fight, while the rest were left with the kids. Oh yes, literally!

Amazing cast but a lacking story

In this movie, it’s all about the brave, strong, silent type of men. And let me be honest and say that I didn’t dislike the actors’ portrayals in this movie. But the characters just weren’t very interesting, and it often turned into somewhat of a bromance between Rourke and the men of this group. Pretty strange since this all takes place within the span of like two days.

But getting back to the cast, I enjoyed seeing Lance Henriksen, but that may be mostly for sentimental reasons, since his character was pretty boring. On the other hand, I really liked Louis Mandylor in this movie. He seems like the most levelheaded and reasonable guy, and Mandylor gives more depth to the role than any other character gets. 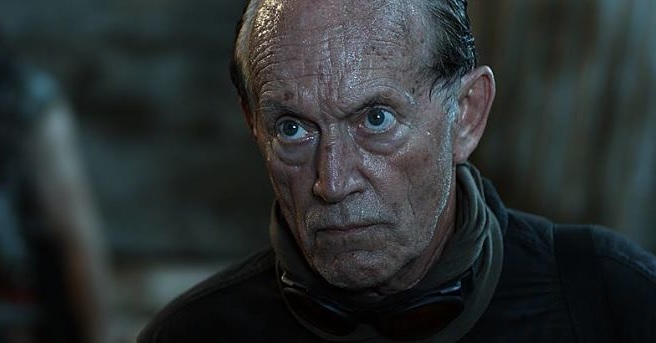 The problem with this movie is quite simply the story. Something as simple as letting us know what kind of monster we’re facing and how to kill them, isn’t even discussed. We have to know the basics of the premise to understand why the characters act the way they do. Are the monsters zombies, which could be the case because you turn from being bit? Are they vampires, which seems likely since they can’t handle sunlight? Are they a combination?

And why is it that you can kill them just by shooting any part of the body – except for the Alpha, mind you – which doesn’t seem to fit with any of the classic monsters that require silver bullets, brain penetration or decapitation.

The story was written by Chad Law, and I’m not sure I’ve seen anything else he’s written, but based on his IMDb resume, it seems like he writes a lot of these hero stories. Still, the script for Daylight’s End is described as “campy” and that could’ve made this movie a lot more interesting. They just didn’t take that route.

William Kaufman directed Daylight’s End and this marks his second colaboration with Johnny Strong. They also made Sinners and Saints in 2010, which are also the two movies Strong has composed the score for. Like I said in the very beginning, I think a lot of people will probably find this movie very entertaining, but for me, it just really wasn’t a good fit.

Years after a mysterious plague has devastated the planet and turned most of humanity into blood-hungry creatures, a rogue drifter on a vengeful hunt stumbles across a band of survivors in an abandoned police station and reluctantly agrees to try to help them defend themselves and escape to the sanctuary they so desperately need.