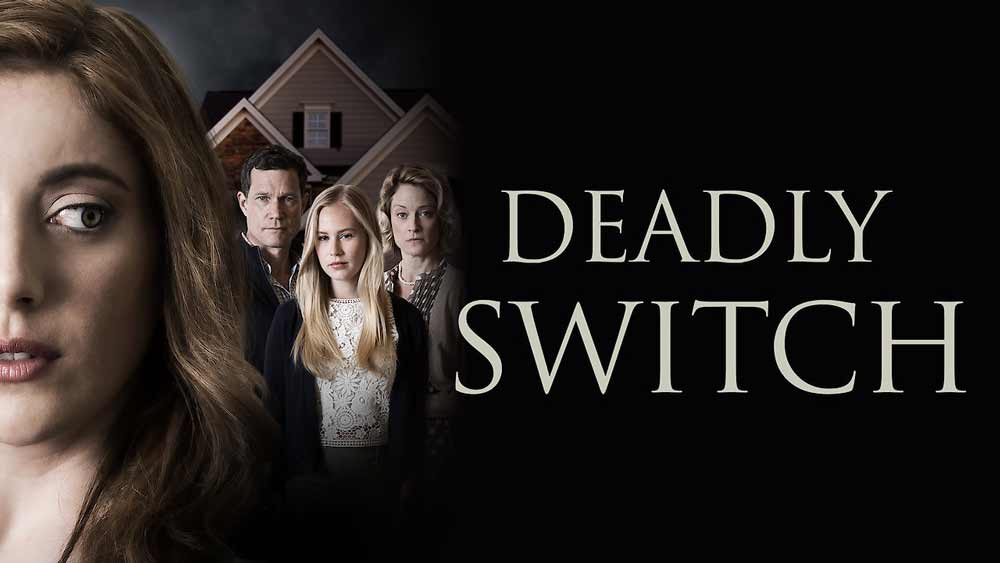 Deadly Switch is a new thriller out on Netflix. It was previously known under the title Foreign Exchange since it features a foreign exchange student. However, Good Girl would have been the best title.

Deadly Switch is out on Netflix now and while the movie is more thriller than horror, it should satisfy most horror fans as well. The movie features a creepy vibe and narrative, you’re bound to have seen in other horror movies before.

The movie is about a foreign exchange student, Ana, who studies in the US. Once there, she ends up becoming the victim of a stalker. A word to the wise: Don’t read the official plot and think about it too much. You’ll spoil the movie for yourself!

The title was originally Foreign Exchange which is also still the title in the opening credits when you watch the movie on Netflix. However, the more accurate title would have to be “Good Girl”. You’ll understand why, when you watch it.

The role of the foreign exchange student, Ana, is played by Hayley McLaughlin from Scotland. She’s no stranger to horror having already starred in Escape Room from 2017. That’s a movie by Peter Dukes co-starring Skeet Ulrich and Sean Young. Not the one out in theaters directed by Adam Robitel.

And yes, she is also supposed to be from Scotland. She is a good girl who has some baggage but tries not to let it hold her back. Unfortunately, she gets caught up in a very strange situation, which is when the movie really begins.

While the movie does move at a slow pace at times, the story is actually pretty interesting. It’s also eerily realistic and sounds like something you could’ve heard on the news!

To lend some more experienced forces to the story, we have Teri Polo and Dylan Walsh portraying parents of Ana’s friend, Monica. If you’re a fan of horror movie remakes (or just watch them anyway), then you’ll probably recognize Dylan Walsh as The Stepfather in the 2009 version.

Both Teri Polo (The Fosters) and Dylan Walsh deliver very good performances. The strongest scenes in Deadly Switch feature one of the two. For me, Teri Polo’s character is probably the most interesting one in many ways.

Monica is portrayed by Danika Yarosh (Heroes Reborn) who does what she can. Really, her character isn’t that interesting even if the situations she goes through are.

Also in the film is Matt Passmore who was the lead actor in Jigsaw (the final Saw movie, so far). Just like in Jigsaw, I don’t see the appeal. It’s all too one-dimensional and I simply do not care. 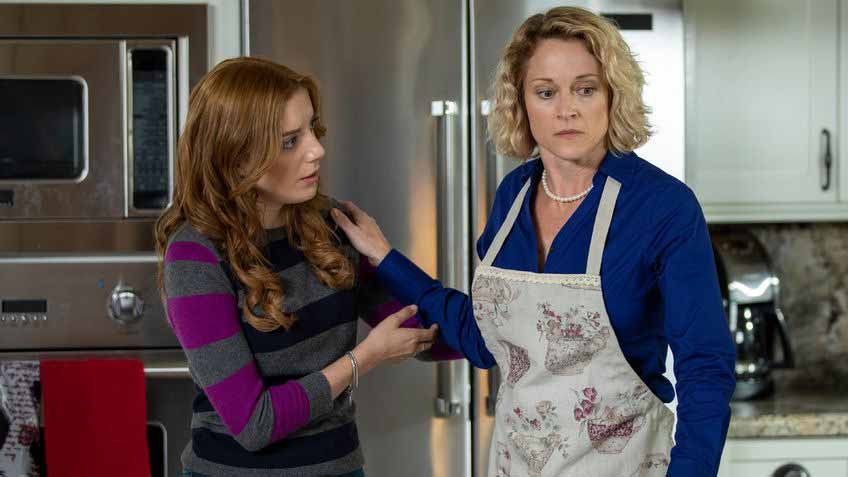 The director of Deadly Switch is director Svetlana Cvetko. This movie is her feature film debut as a director. Previously, she directed short films and documentary shorts.

However, her somewhat limited experience as a director is no indication of her filmmaking knowledge. Svetlana Cvetko is often behind the camera in a more literal way. She’s been a cinematographer on 45 productions so far, working primarily on documentaries.

The screenplay for Deadly Switch was written by Chris Sivertson. Back in 2006, Chris Sivertson wrote and directed The Lost (based on the novel by Jack Ketchum), which I highly recommend. And he co-wrote and co-directed the awesome horror-comedy All Cheerleaders Die with Lucky McKee.

A Lifetime movie now on Netflix

Yes, Deadly Switch (aka Foreign Exchange) was made by MarVista Entertainment, who co-produces with broadcasters like Lifetime and Hallmark. Now that it’s out on Netflix it’s bound to reach a much larger audience than it ever could on Lifetime.

In the past, I would probably judge most horror movies as being sub-par if they were made as Lifetime movies. However, we’ve seen several examples of really good horror-thrillers from Lifetime.

One such example is the stalker series You which has become quite the hit on Netflix. Read our Season 1 review of You here and watch the show on Netflix worldwide now!

Recently, You was actually the most watched show on Netflix. Obviously, Lifetime and Netflix struck gold with You. This won’t be the case for Deadly Switch, even though this too has a stalker theme. But hey, you can’t win ’em all.

Deadly Switch does have an interesting story but the telling of it isn’t very well executed. Also, I really think they should have gone with the title Good Girl since this term is at the heart of the story. A movie that had focused on this part of the story much sooner, would have been a more interesting watch.

Deadly Switch is out on Netflix in the US from Januar 15, 2019.
It’s also available on Netflix in Canada and Australia as well as other countries.

When university student Ana (Danika Yarosh), studying abroad in America, becomes the target of a dangerous stalker, she accepts the invitation to move in with her roommate’s family in their idyllic town. But as she begins to uncover the family’s dark secrets, this stranger in a strange land realizes she may never get out of the seemingly perfect place alive.