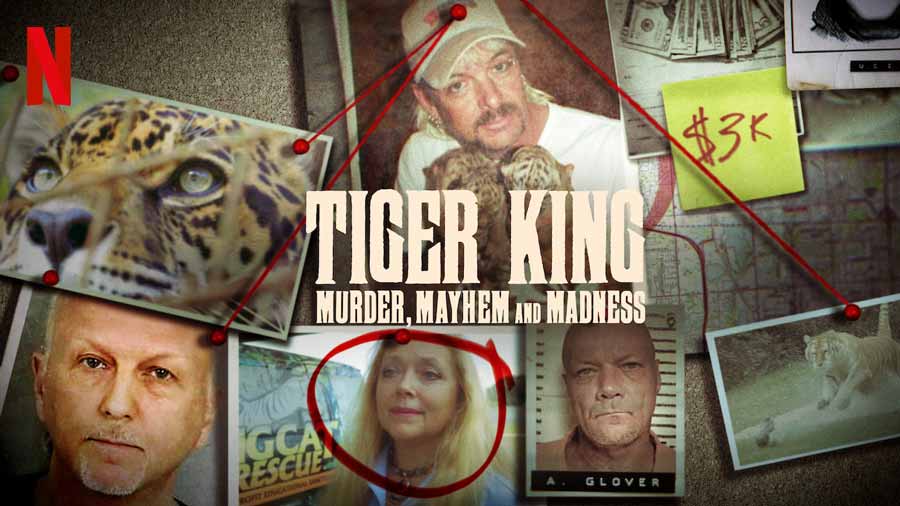 TIGER KING is a new Netflix docu-series that is sure to blow your mind. The tagline is “The wildest story you’ll never believe” which is no understatement. We love true crime documentaries on Netflix and this is crazy. Read our Tiger King review here!

Tiger King is a new Netflix true crime documentary series. It has 7 episodes and was filmed over five years so there’s a lot of story to get through. However, it is extremely binge-worthy.

The full title of the Netflix docu-series is Tiger King: Murder, Mayhem and Madness which is a very accurate description of its contents. The tagline “The wildest story you’ll never believe” immediately reminded us of Abducted in Plain Sight and yes, this Netflix documentary is almost as crazy. Just in different ways!

The savior or exploiter of big cats?

The title of Tiger King refers to Joe Exotic who owns an exotic zoo. He especially loves big cats so there are a lot of tigers, lions and other big cats at his zoo. Joe Exotic believes that he is a savior of big cats while others would say that he exploits them. I am definitely in the latter group.

It’s no secret that I am a huge animal lover and yes, that means I also hate places like the zoo or Sea World. I do, however, love reservations where the animals roam wild. You know, the places where they could attack and kill me if they wanted to. Somehow that just seems more fair to me. And hey, I’m still here!

However, I also know that there is an insane amount of private zoos. In fact, it is stated early on in episode 1 of Tiger King that there are more tigers in captivity in the US alone than there are tigers in the wild worldwide. Now, not all of these animals are in zoos. Some are also kept as private pets.

If you love animals – and you understand that taking pictures with wild animals in captivity is the opposite of showing love and care for animals – then Tiger King will be tough to watch. There are so many crazy people in this. Some certifiable but most just in the complete and utter a**hole sense of the word “crazy”. 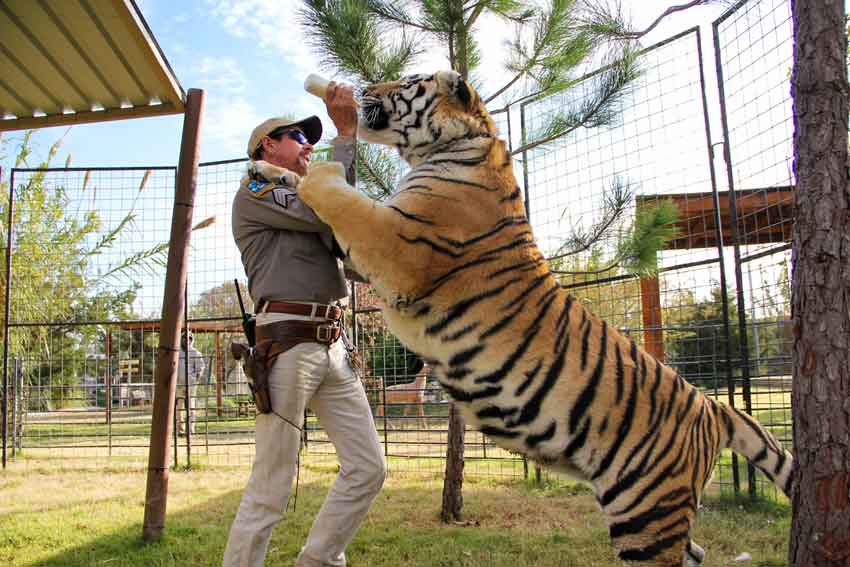 From the exotic zoo to murder-for hire

The real subject of Tiger King on Netflix is to be found in the full title of Tiger King: Murder, Mayhem and Madness. While the concept of exotic zoos is wild in itself, this documentary evolves into something a lot more familiar to fans of true crime docu-series.

We are, of course, dealing with murder. Or, attempted murder, since Joe Exotic is caught in a murder-for-hire plot. His hatred for animal rights activist Carole Baskin is obvious and so is his reluctance to adhere to any kind of change. And yes, he clearly has a huge desire for her to permanently disappear!

However, I will agree that Carole Baskin is also a troubled person. Her love of the big cats does come across as a bit crazy. In different ways, but I do have to mention it.

Still, it baffles me that the owners of exotic zoos can’t see the difference between what they’re doing and the sanctuary that she has. Yes, Carole Baskin also charges for admission to her sanctuary. And she should if she’s to keep the animals fed and healthy.

However, at the sanctuary, people can only look at the big cats. In the exotic zoos, the owners (including Joe Exotic) are breeding huge amounts of big cats in captivity. Also, both adult cats and (especially!) their cubs are used for photos and hands-on experiences.

This makes a huge difference and the fact that the owners of exotic zoos refuse to acknowledge this is plain scary!

We do love true crime documentaries here at Heaven of Horror and so, to us, this is pure entertainment. It’s a true story, yes, but you really have to remind yourself in this case. Everything is so over-the-top that you feel like you’re watching a horror-comedy at times.

Recommended reading: Our list of the best true crime documentaries on Netflix >

The Tiger King: Murder, Mayhem and Madness documentary series on Netflix was directed by Eric Goode and Rebecca Chaiklin. The directors filmed this docu-series over the span of five years which resulted in 7 episodes. This is the fourth time co-directing a documentary for Rebecca Chaiklin.

Here, in the age of Covid-19, many of us are probably craving something to distract us from the craziness of everyday life. Tiger King should be able to do the trick. In fact, it should remind you that the world has always been pretty crazy for some people.

Among the eccentrics and cult personalities in the stranger-than-fiction world of big cat owners, few stand out more than Joe Exotic, a mulleted, gun-toting polygamist and country western singer who presides over an Oklahoma roadside zoo. Charismatic but misguided, Joe and an unbelievable cast of characters including drug kingpins, conmen, and cult leaders all share a passion for big cats, and the status and attention their dangerous menageries garner. But things take a dark turn when Carole Baskin, an animal activist and owner of a big cat sanctuary, threatens to put them out of business, stoking a rivalry that eventually leads to Joe’s arrest for a murder-for-hire plot, and reveals a twisted tale where the only thing more dangerous than a big cat is its owner. 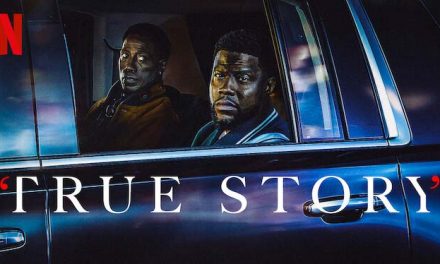 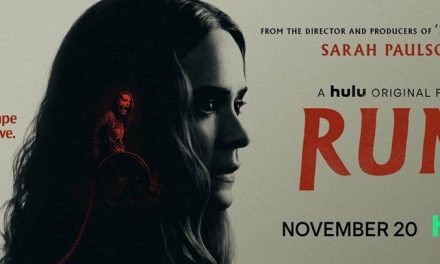 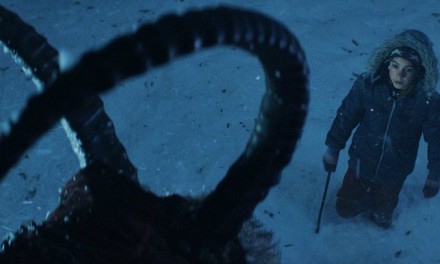 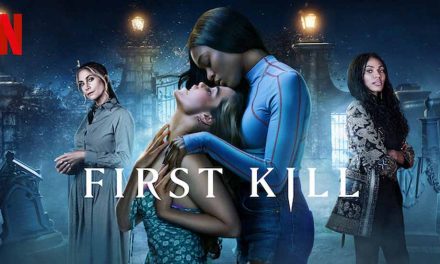