The Ritual is a supernatural horror movie of the best kind. It’s a crazy mindf*ck with great characters and unexpectable twists and turns. Watch it on Netflix now!

The Ritual has been on our radar since it started getting good buzz from film festival screenings. Once we saw the trailer, we got really excited about it and now it’s out on Netflix.

In all honestly, our expectations were probably dangerously high. Fortunately, The Ritual didn’t disappoint.

This is one crazy mindf*ck, which isn’t exactly new to us horror fans. In fact, we tend to seek out these stories. Still, this one manages to bring an innovative story to the table.

The movie originally premiered at Toronto International Film Festival in September 2017. Since then it’s been screening at film festivals to rave reviews. Now we understand why!

And yes, the trailer is actually a pretty good indication of this movie. Even if The Ritual offers so much more than the trailers shows.

You can watch the trailer for The Ritual right here or continue reading our review below.

We haven’t exactly been paying attention to Rafe Spall in the past. However, we’re now realizing that we’ve seen him around for quite some time.

From supporting roles in Shaun of the Dead and Hot Fuzz to Prometheus and Life of Pi. Oh yeah, and he was in an episode of Black Mirror, where he played the lead character (the “White Christmas” episode). Also, he’s in the upcoming Jurassic world: Fallen Kingdom.

Usually, he’s been portraying memorable supporting characters. Not unlike the career of his father – the amazing Timothy Spall – through decades.

Even though Rafe Spall always seems strangely familiar to me these days, he rarely plays the lead. That certainly changes with The Ritual. What I love about his performance in this movie, is the fact that he’s wonderfully understated, which keeps the story in focus.

He will also be playing the lead in his next movie, Denmark. Apparently, it’s a bittersweet comedy about a Welshman, who has no job or even hot water. In the search for a better life, he goes on a European adventure with one goal in mind; To get arrested and land in a Danish prison where he’ll have a soft bed and hot water.

As a Dane, I can tell you that this seems like a perfectly sensible plan.

In The Ritual his character is also trotting around Scandinavia. Instead of Denmark, he’s trekking around the Swedish mountains and forests with three friends. Or as they describe it themselves; Four twats in a forest. 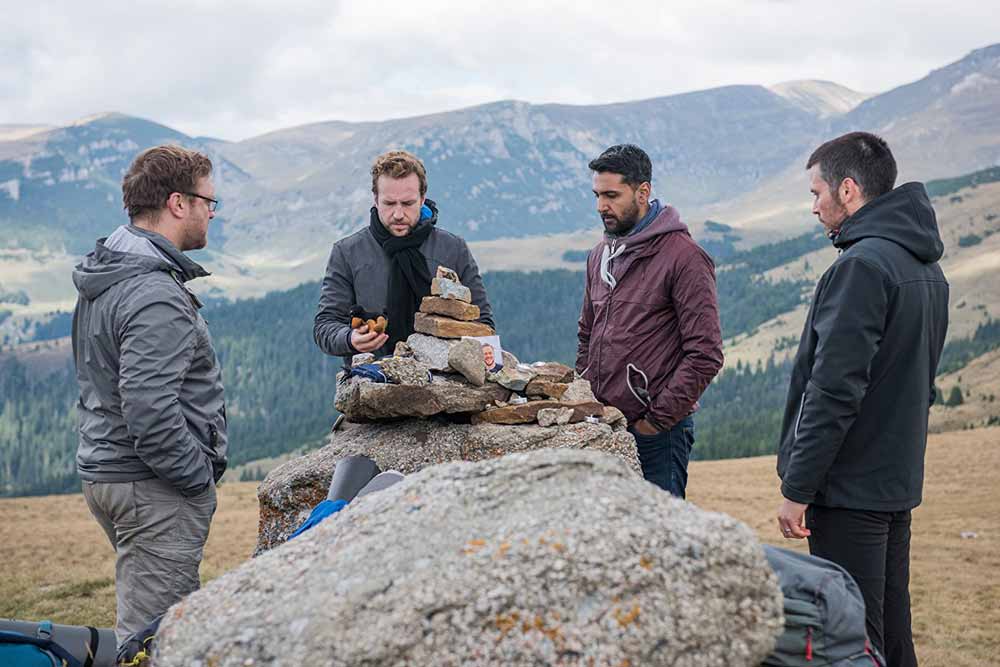 Whenever you hear about a horror movie featuring a group of friends getting lost in a forest, you get a bit antsy. Personally, I immediately expect a lot of the same; Both the story and characters going around in circles. Literally.

This is absolutely not the case in The Ritual. Especially since the story actually changes mood and genre several times. From the horrors of being lost to actual monsters and then Swedish Hillbillies.

As a Scandinavian, it’s always funny to see the subtitle state “Woman speaking Swedish” when they are clearly just mumbling something. If anything, it sounded like the chef from The Muppet Show. But nevermind that, since it has no bearing on the movie and storyline, which absolutely works.

Even if the one Swedish characters with any real dialogue was portrayed by the Danish actor, Maria Erwolter. Don’t worry, the dialogue is in English.

In general, the casting of The Ritual is spot-on. The four friends walking the trail in Sweden work perfectly. Not everyone is crazy about each other, but that’s usually the way it goes in larger groups of friends, who have known each other since school.  It translates into real and honest relationships.

Also, you’re in for a real treat as far as horror movies go, since no one runs off and does something stupid. It’s absolutely glorious. They actually try to be smart and safe. Not that it works too well since this is a doom and gloom kind of story. But hey, that’s horror!

Besides Rafe Spall, the friends are portrayed by Arsher Ali, Robert James-Collier, and Sam Troughton. Paul Reid (Vikings) is also part of the group but isn’t part of the Swedish forest nightmare. 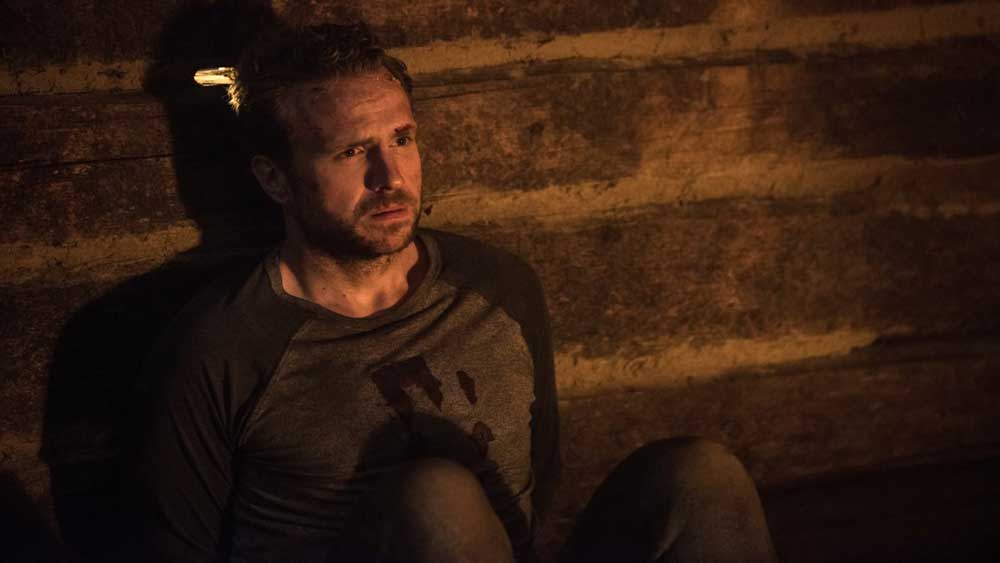 David Bruckner directed The Ritual and usually, he writes most of his project as well, but not this time. In the past, David Bruckner wrote and directed part of iconic horror anthologies. First, there was The Signal, then V/H/S, and most recently, Southbound. Read our review of Southbound right here.

Oh yeah, the man definitely knows what horror fans like. For The Ritual, the story was based on a novel by supernatural horror author Adam Nevill. The script for the movie was written by Joe Barton.

Previously, Joe Barton has written for many TV productions such as Humans and Our World War. In 2017, he had three movies come out. The Ritual was obviously one of them. Also, there was the British sci-fi movie iBoy, which was also based on a novel. And finally, the Canadian romance drama Mercy, which was entirely his own project.

Personally, I always love it when writers can work in various genres since it makes for better characters and stories in all of them. Even the greatest horror writers such as Stephen King tend to use elements from other genres to make complete and engaging stories. And also make for brilliant movies, when they’re adapted from books. Shawshank Redemption and Stand By Me are obvious examples of this.

This is a brilliant gem of a supernatural horror movie, so make sure you watch it ASAP.

Oh, unless you’re planning a trip to Sweden. Then maybe skip this until after you’ve gone. This definitely isn’t a tourism ad for the beautiful Swedish forests.

The Ritual is out on Netflix (almost) worldwide from February 9, 2018.

A group of college friends reunite for a trip to a Scandinavian forest, but encounter a menacing presence in the woods that’s stalking them.