Memories of a Murderer: The Nilsen Tapes – Netflix Review (4/5) 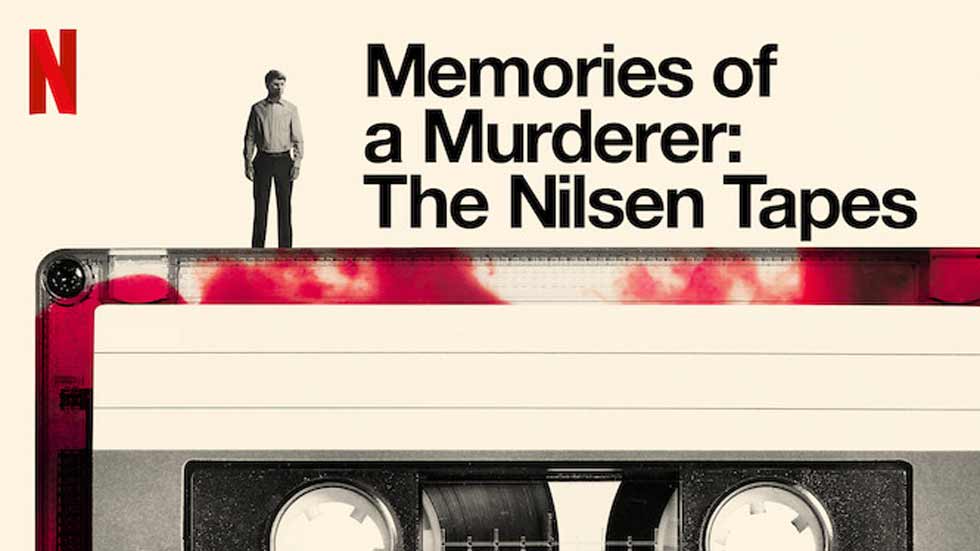 MEMORIES OF A MURDERER: THE NILSEN TAPES is a new Netflix true-crime documentary. In many ways, it’s done in the style of Conversations with a Killer: The Ted Bundy Tapes. For that docu-series, tapes with Ted Bundy interviews were a key element.

Our review of the Netflix docu-series Conversations with a Killer: The Ted Bundy Tapes here >

This time around, the subject is serial killer Dennis “Des” Nilsen. The title comes from the fact that much is told by Des Nilsen himself via cassette tapes he recorded while serving his sentence. However, also survivors and loved ones of victims tell their side. Also, interviews with journalists and officers working the case.

Basically, you should know that this is not just Des Nilsen getting to tell his version of events. Continue reading our Memories of a Murderer: The Nilsen Tapes review below and find it on Netflix.

Who was Des Nilsen?

Dennis Nilsen (known more often as Des Nilsen) was a serial killer with “15 or 16 victims” (his words). All of them were young men or boys and only about half of them were identified. The atypical thing about this case was the fact that most bodies were found after Des Nilsen was arrested for murder.

In fact, he’s the one who leads them to the remains of his victims. So, instead of finding murder victims and look for the serial killer, the police get the killer and then discover more victims. The issue then becomes finding out the identities of these victims.

To find out, the police need help. Fortunately, if that’s appropriate to say in this case, Des Nilsen is more than happy to talk. In fact, he won’t stop talking and has a lot to say, and seems to be enjoying himself.

This is also very obvious from the tapes played during this documentary. He is not being interviewed but rather tapes himself for autobiographical purposes while incarcerated. Here, Des Nilsen talks about his entire life as well as the murders. He does sound crazy but isn’t actually. However, he must have been a stonecold psychopath. 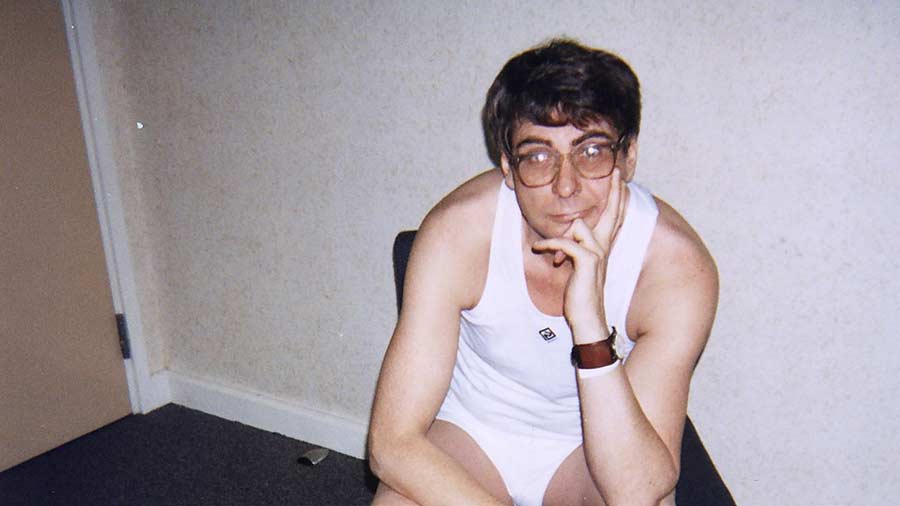 Tight and complete as well as nuanced

With a runtime of just 1 hour and 24 minutes, this true-crime documentary is very well crafted. Especially because it manages to give a more nuanced look at a serial killer than what we’re often given.

Even though the key element in Memories of a Murderer: The Nilsen Tapes is the huge amount of cassette tapes where Dennis “Des” Nilsen tells his story, they are not left to stand on their own. We also hear from his mother who was interviewed back when he was arrested.

He comments on what he says on these tapes as well. Whether you believe him or his mother is another thing. Personally, I suspect the truth is somewhere in between their versions of events. More importantly, we hear from some of the victims who managed to get away from Des Nilsen.

I believe their words (which are not contradicted by Nilsen, to be fair), and they are still clearly and understandably marked by this. Especially since they were ignored by the police when they tried to report this. Met with the sentiment that they were just “gay men who had an unfortunate experience with another man”.

Or to be direct: They had it coming for being gay! However, as a strange sort of silver lining, these survivors actually felt that surviving their Des Nilsen attacks gave them the courage to finally come out and be themselves. Once you’ve faced death, being yourself in the life you have has an even deeper meaning.

Watch Memories of a Murderer: The Nilsen Tapes on Netflix now!

I shouldn’t be surprised that this true-crime documentary is so nuanced. After all, it was made by the creators or the Netflix true-crime megahit Don’t F**k with Cats. This was a docu-series that also looked at how the police handled (or rather didn’t) hunting down a known killer.

Our review of Don’t F**k with Cats here >

During The Nilsen Tapes, we also hear from officers working the case. They offer valuable input about both the influence of the press (which was fed by the police) and the things the police did wrong. Most terribly was not listening to victims who got away from Des Nilsen.

This was an even bigger issue when they later needed these same people to help with the trial in order to make it obvious that Des Nilsen was a calculated killer and not crazy.

One officer who used to work with Des Nilsen (oh yeah, he used to be a cop) was straight-up lying in my book. He claimed that “no one batted an eye” about Des Nilsen being a homosexual. This is a damn lie. It was a lie +40 years ago when he was a cop and it’s still a lie today. Male-dominated professions are toxic for gay men!

However, a female police officer, who took part in digging up body parts (or bones, really) was a lot more direct and honest. She commended the young men who did ultimately come forward as witnesses at the trial. Everyone knew full-well that the press would be all about them as this took place in the mid-1980s.

And yes, even the journalist and reporters are honest about the fact that this case was pure gold for their careers.

I almost wish Memories of a Murderer: The Nilsen Tapes was a series because there is so much to look closer at. However, as a documentary film, it does feel very complete and is definitely worth watching!

Memories of a Murderer: The Nilsen Tapes is out on Netflix from August 18, 2021.

Britain’s most notorious serial killer, Dennis Nilsen, confessed to killing 15 people in 1983. Over a five-year period, he picked up vulnerable young men, lured them back to his home and strangled them, before disposing of their bodies under the floorboards.

The truth about how and why he killed has been the subject of much speculation in books and documentaries over the decades since. Now, with unique access to a wealth of personal archive left in his cell after his death, including over 250 hours of never-before-published cassette tapes of his private recordings, this film will take us into Nilsen’s world. From a young boy growing up in a quiet Scottish fishing village to a cold-blooded murderer prowling the streets of London.

Set against the backdrop of 1980s Britain, when mass unemployment drew young men to London in search of their fortunes, only to find themselves destitute and easy prey, and weaving together interviews from police, journalists, survivors, bereaved families, and – for the first time – the killer’s own voice, this feature length documentary explores how Nilsen was able to get away with multiple murders and attacks, unchallenged, for five years.