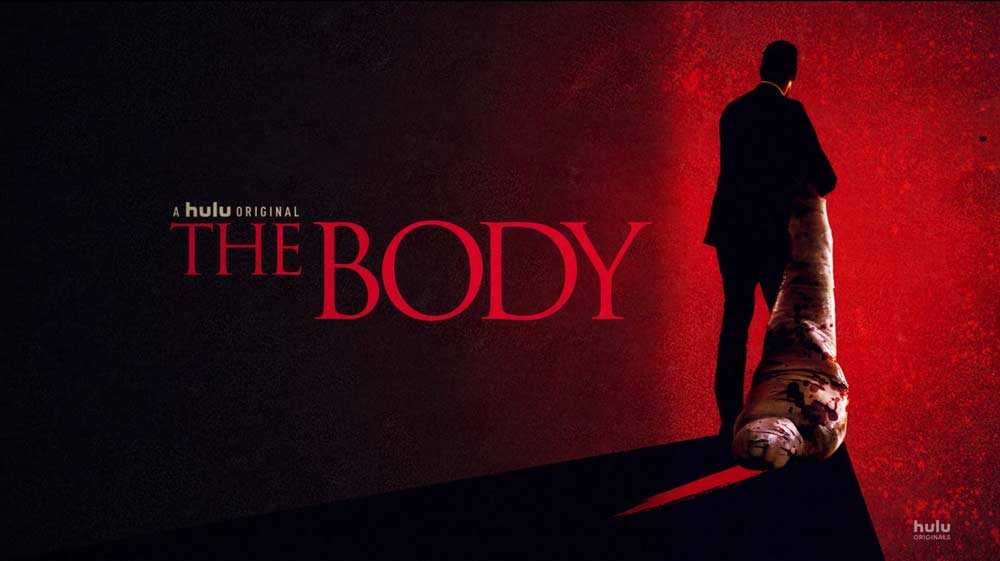 The Body is the first installment in the Hulu anthology Into the Dark. This story features a hitman working on Halloween night. Something that obviously creates rather fortunate circumstances for the hitman. But is it any good? Read this review to find out!

The Body is the first episode of Into the Dark, which is a horror anthology on Hulu.

When Hulu began “suggesting” I watch Into the Dark, I truthfully thought The Body was actually the movie The Loft. It was a rookie mistake for sure, but The Loft didn’t get great reviews, so I figured this wouldn’t either.

After watching Down (review forthcoming) and Pooka!, I realized that they were part of the same series, so I gave it a go. In short, The Body had a ton of potential, but the second half of the movie really didn’t live up to it. 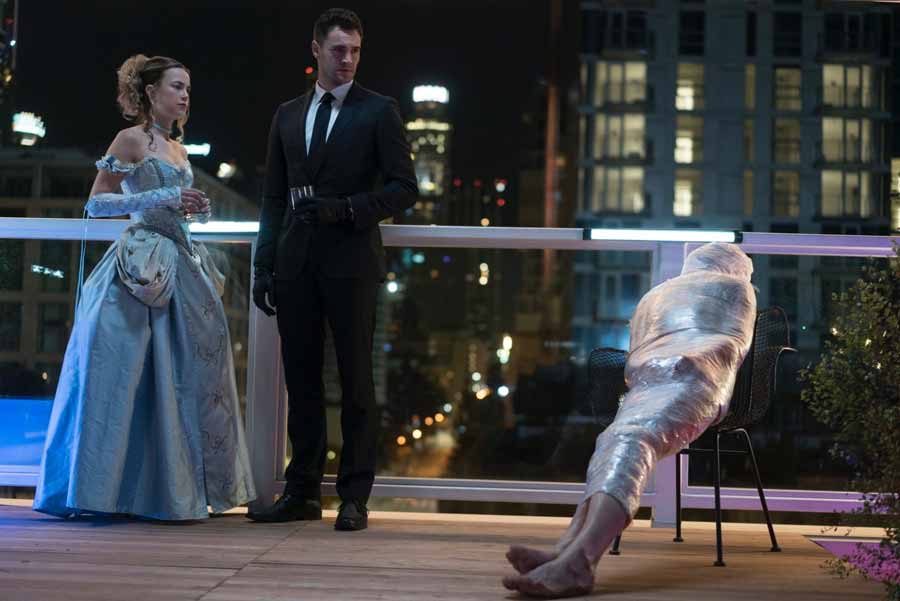 The Body tells the story of a British hitman, Wilkes, who, having successfully carried out a hit on some famous yet unnamed Los Angeles bigwig, has to dispose of the body within a few hours.

However, it is Halloween night. Fortunately for him, everyone just assumes that this body wrapped in plastic being dragged around is part of a “British American Psycho” get-up. They walk right by him.

Unfortunately, this costume is so good that those same people want to bring him along to Halloween parties to “show him off”. This is an unfortunate circumstance for Wilkes (as he is on a deadline), which ultimately results in similarly poor situations for those around.

A British American Psycho? No!

Less than 10 minutes into the film, Wilkes’ costume is deemed a “British American Psycho”. Having watched (and enjoyed) American Psycho, I fear that the writers were blatantly identifying their inspiration for the movie, which may leave the viewer expecting something similar to the 2000 satirical slasher flick.

I won’t ruin American Psycho (as it is a far better movie), but, while both characters are serial killers, Wilkes’ motives are seemingly more practical. He kills to pay the bills. There is no apparent underlying psychosis that drives his criminality, as it supposedly does for Patrick Bateman.

Expecting that The Body would be a “British American Psycho” will result in disappointment.

Currently, The Body has a 50% rating on Rotten Tomatoes, which is right where it should be.

Should you watch Into the Dark: The Body on Hulu?

(1) One millennial, Alan (played by David Hull), is just a fantastic balance of funny, annoying, and pretentious. The scene in which he refers to Breaking Bad is easily my favorite.

(2) The brilliant John Landis (Blues Brothers, An American Werewolf in London, Michael Jackson’s Thriller) made a cameo in a bathroom. Classic.

(1) The Body starts off well, but it seems that the writers really did not know how to wrap it up, which was disappointing, as The Body is the opening act to Into the Dark.

(2) Tom Bateman’s Wilkes is an interesting character, but his laissez-faire-“going-through-the-motions”-serial-killer shtick is a little overdone. Despite glimmers of hope, there is very little (if any) character development for Wilkes, which feels like a missed opportunity.

(3) Rebecca Rittenhouse’s character, Maggie, opened with a lot of intrigue as to her role in the story (will she be Wilkes’ future accomplice? Wilkes’ savior? Wilkes’ better half?), but she soon fades into more of a horror version of the “manic pixie dream girl” archetype.

If you put The Body on in the background, you will still be able to appreciate what it has to offer. Fans of horror gore will be more intrigued by the final 20 minutes than really any other part of the movie. Overall, The Body gets 2 of 5 stars.

A sophisticated hitman with a cynical view on modern society finds his work made more difficult when he has to transport a body on Halloween night, but everyone is enamored by what they think is his killer costume.