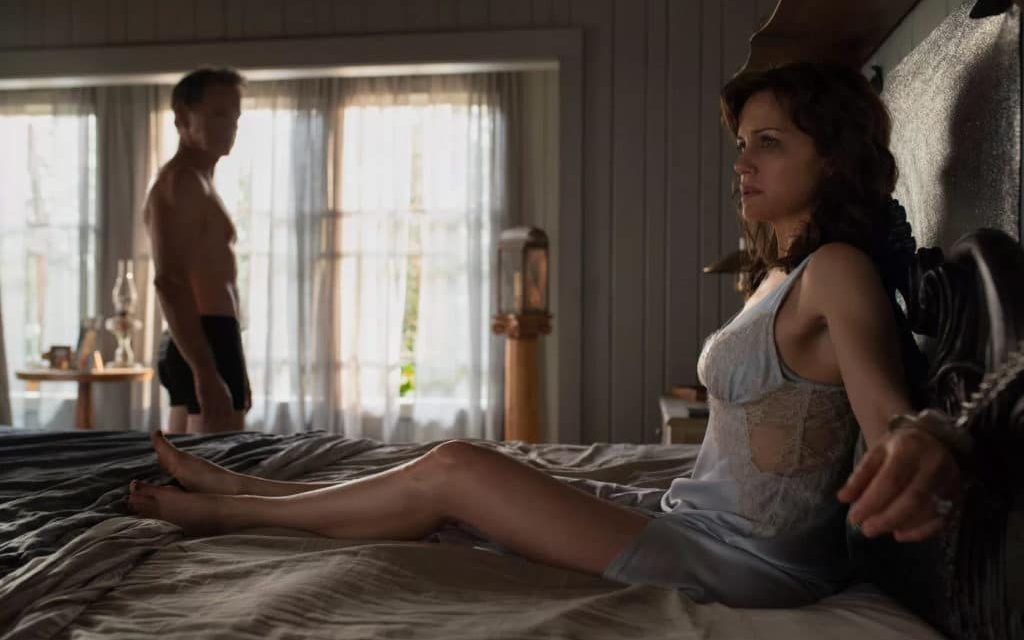 Gerald’s Game is the Stephen King adaptation that works! It’s as simple as that – but never a given. Of course, with a Netflix production made by Mike Flanagan, we always had faith it would.

When news broke that Gerald’s Game would be adapted into a movie, many people asked the same question: How?

So much of the story takes place inside the mind of our main protagonist since she’s handcuffed to a bed. As such, she is very much left to her own devices after her husband suffers a heart attack.

Especially since they’re in their vacation home during an off-season weekend.

Well, do not fear, because Mike Flanagan knows what he’s doing and Gerald’s Game definitely works.

And let’s be honest, however brilliant the ideas behind the adaptation may be, it works because the actors work.

Obviously, it’s all important that Carla Gugino (San Andreas) can deliver on every emotion and twist, but Bruce Greenwood (Spectral) is equally important. He may be dead, but he’s still in her head, so he stays around.

In fact, Greenwood (Gerald) is pretty damn perfect in Gerald’s Game. Not in the sense that he’s like the character from the book. He’s way too good looking and in amazing shape (hard to believe the man is 61 years old) for that.

But he works perfectly for the way this is adapted.

The same goes for Henry Thomas (yes, Elliot from E.T.), who portrays a complex character. He uses and abuses Jessie (Gugino) in many ways, but wasn’t always the bad guy. Then again, people rarely are all good or all bad.

Definitely one of the best adaptations

Too many times, adaptations of brilliant Stephen King stories end up all wrong. Especially if you’ve read the story, but sometimes even more so if you haven’t.

Directors tend to either love the story too much and forget that not everyone else knows it. That’s when they assume the audience knows details they choose to omit.

Other times they change the original story so much that it becomes almost unrecognizable. *cough* The Mist TV series *cough* That’s when you wonder why they bothered to adapt a beloved King story.

However, Gerald’s Game is one of those rare examples where everything works out – the current Mr. Mercedes TV series adaptation is another.

Yes, the story very much comes across, but no, not everything is as it was in the original Gerald’s Game novel.

The gore is very much all there. So especially a scene towards the end is not for anyone with a weak stomach. Blood and gore in a very realistic and necessary way. I cannot believe Mike Flanagan went there, but I do adore him for going there!

Also, the fact that this is a Netflix production is a reason why this is possible. Flanagan himself has spoken about the joys of working with Netflix, which gives him the freedom to make the movie he wants as a director.

Carel Struycken is perfect for horror

Those who’ve read Gerald’s Game will probably be anticipating a certain character, who lurks in the shadows. And if you haven’t read the novel (or know the key elements from the story), then don’t worry, it really isn’t required to enjoy this movie.

However, for those looking forward to actually seeing the person in the shadows, I can tell you I was very pleasantly surprised.

He is so intensely creepy that I only wish we had seen him more. Or rather that we had to wait even longer before fully seeing him. The horror Jessie (Gugino) feels is beyond palpaple.

The character is played by Carel Struycken, who also portrayed Lurch in The Adams Family movies from 1991, 1993, and 1998.

Carel Struycken is perfect for horror because he can look so creepy whether he’s smiling or looks ready to kill you. But he can also appear sweet or vulnerable with the slightest change in his demeanor.

In Gerald’s Game, I wouldn’t want him anywhere near me!

And yet, I do adore him as an actor and would love to see him in at least one horror movie every year. Make a movie with Carel Struycken, Javier Botet, and Neville Archambault and I will be in horror heaven!

I’m not sure what I expected from this Gerald’s Game adaptation because of the whole “But how?”-question. And yet, I never really doubted that it would work out since Mike Flanagan would make it.

From 2016 till now, Mike Flanagan has given us Hush, Before I Wake and Ouija: Origin of Evil, before making this movie. His love of horror is obvious and proven. The same goes for his love of working with Netflix, which ensures both a huge audience and creative freedom.

For this reason, it should be equally obvious why I expected him to pull this one off. And, of course, Mike Flanagan once again wrote the script with his usual writing partner, Jeff Howard.

Mike Flanagan and Jeff Howard have also been announced as the writers for the I Know What You Did Last Summer reboot or remake. Personally, I would love to see them adapt more Stephen King stories as well.

Gerald’s Game is out globally on Netflix from September 29, 2017.

While trying to spice up their marriage in their remote lake house, Jessie must fight to survive when her husband dies unexpectedly, leaving her handcuffed to their bed frame. 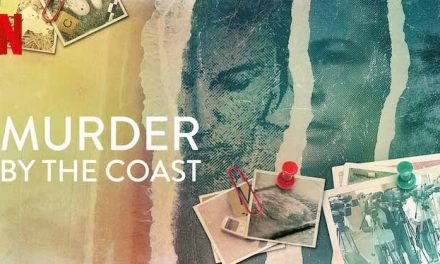 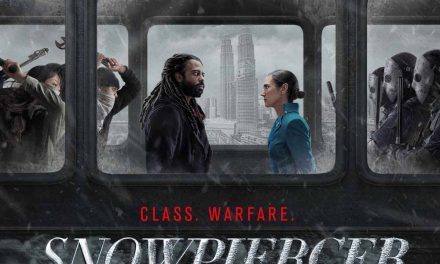 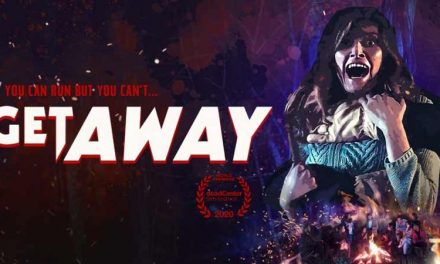 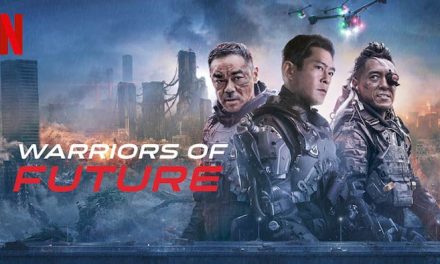