Spectral is the new sci-fi thriller released worldwide on Netflix, and you should definitely check it out. Visually stunning though the story is lacking! 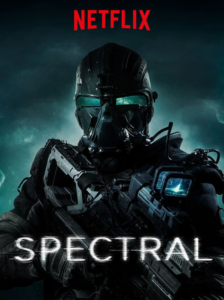 After watching the trailer for Spectral, I was ready to enjoy a movie along the lines of the Final Fantasy universe. I was not disappointed in the visual department.

This movie is absolutely beautiful, but unfortunately, the story isn’t as interesting as it could’ve been. While the trailer had me with the style and feel, the movie itself lost me a bit with the story.

If you have Netflix, then you’ll definitely want to check out Spectral. Just be warned that a few things might irk you.

Two issues we need to talk about

For me, the story has two major issues: First of all, there is one woman (yes, 1!) in this story and she is a token female character if ever I saw one. There’s no reason the character couldn’t have been a man – now that every single other adult character is. Oh, except for the fact that she needs to be somewhat of a mother-type to a young girl and boy for a while.

Whine all you want about a female cast in Ghostbusters, but this is the everyday experience for us. And I doubt many men will even notice the lack of female characters. I mean, there is one after all. Oh wait, I did actually see a few “ghost ladies” as well and there was one entire woman clearly seen in the background at one point. So really, color me wrong… or something.

The problem is this; If ever there was a genre that has awesome female characters, it’s sci-fi. I mean, Ellen Ripley of Alien and Sarah Connor of Terminator are classic characters. Not as “female characters”, but simply awesome characters from sci-fi movies.

Second, while I love the fact that an engineer is the hero in many ways, I don’t like the way it plays out. Suddenly this guy is more of a GI Joe than the actual soldiers and he can build a whole new collection of weapons on the fly. I mean, come on, I love science, but this “Oh, sure, I can build a brand new weapon or 50 in a few hours” is a bit too much.

We meet a lot of characters, but when dealing with war, that tends to be the case. We meet soldiers, civilians and everything in between.

Unfortunately, they’re all very one-dimensional, so while the actors do a very decent job, it’s just not very engaging.

It never really works on any level because the story is always in focus, and honestly, that’s a shame. We need relatable characters to experience the story through.

Yes, you will think of Final Fantasy when you watch Spectral

From the second the trailer for Spectral was released, people have compared it to the Final Fantasy universe. And not in a bad way, since it seems more like an homage than a rip-off.

That’s why I don’t mean it’s a bad thing that, yes, you will think of Final Fantasy when you watch Spectral. Just enjoy it!

And if you’re not familiar with that world, then you will have no problem enjoying Spectral either. Basically, it’s a win-win for everyone, who watches it.

Spectral was directed by Nic Mathieu, and I almost couldn’t believe it, when I saw this was his debut. I mean, his debut as the director of anything on film. There’s not even a short film credited to him. In fact, there’s nothing whatsoever on his IMDb resumé. This is because Nic Mathieu has been directing commercials in the past.

Well, I’m certainly happy he’s made the move to feature films, and hope to see a lot more from him. Preferably a movie with a better storyline and engaging characters.

The script was written by four (yes, 4!) people, which could seem a bit crazy. It certainly isn’t a good sign for me. Still, when a story is as big as it is in Spectral (with many storylines and characters), then I understand how this can work. In this case, it didn’t. 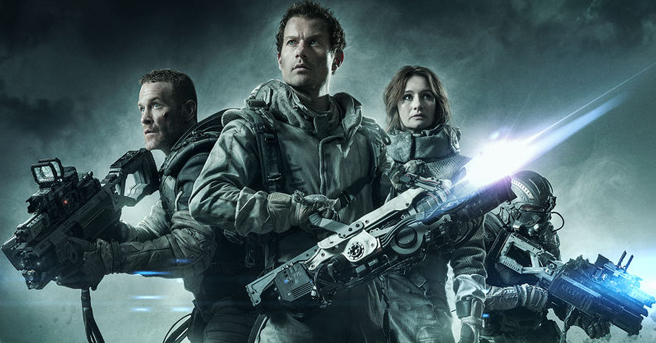 For Ian Fried, this also marks a feature film debut as a screenwriter. However, he did co-write the script for the short Singularity in 2015. Jamie Moss is also a relatively unknown writer, but it’s worth noting that he also co-wrote Ghost in the Shell, which will be out in 2017.

John Gatins has quite a few huge titles under his belt. In fact, he wrote Flight (starring Denzel Washington) which earned him an Academy Award nomination for Best Original Screenplay in 2013. Also, he took part in writing two huge blockbusters coming out in 2017: Power Rangers and Kong: Skull Island.

Finally, there’s George Nolfi, who has quite a bit of experience with both screenplay writing and directing. He directed and wrote (based on Philip K. Dick’s book) The Adjustment Bureau. Also, he wrote and directed several episodes of the TV show Allegiance.

While this isn’t technically a horror movie it does have horror elements. I mean really, fighting an enemy which is best described as a “ghost-soldier” is pretty damn horror-adjacent to say the least.

Spectral is available on Netflix worldwide from December 9, 2016.

When a supernatural force wreaks havoc on a war-torn city in Europe, an engineer teams up with an elite Special Ops unit to stop it. 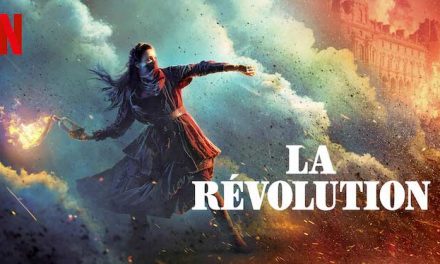 New Horror, Thriller and Sci-fi on Netflix US in December 2018 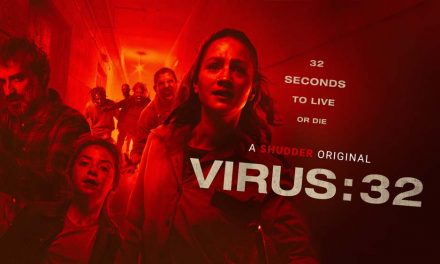 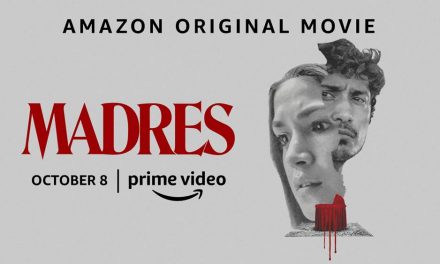