BOSS LEVEL is a new Hulu movie in the sci-fi, action, and mystery genres. Think Happy Death Day but with a lot more action. The comedy element is something they have in common though. Also, Frank Grillo is perfect in the lead. Read our full Boss Level movie review here!

BOSS LEVEL is a new Hulu sci-fi action movie with one hell of a mystery as the plot driver. Frank Grillo is perfect as the main protagonist, Roy, who lives the same day over and over again. And also, get’s killed over and over again!

I didn’t really have any expectations for this Hulu movie, except that I would be entertained. Well, I was definitely entertained and then some. The comedy is right up my alley and the quirky characters along the way were awesome. I for one couldn’t help but start saying “I am Guan Yin”. Just wait and see!

Continue reading our full Boss Level movie review below and check it out on Hulu now.

I’ve always liked Frank Grillo from The Purge movie franchise and the horror-mystery Stephanie to name just those at the top of my mind. Still, this kind of starring role is a new level. A boss level, if you will. Oh yeah, I said it! Frank Grillo might be in his mid-50s (he was born in June of 1965), but he has the look and physique of the most badass action hero and fights like one!

Also, as the character Roy, he is both charming and very much aware of his many (many!) flaws. Obviously, during the trial and tribulations of Boss Level, he does become a better man. And yet, it’s not like he was ever a bad person. He’s just selfish and entitled. Also, his son in the movie is played by his real-life son, Rio Grillo.

Naomi Watts (Shut In) co-stars as his ex-wife and once again, Frank Grillo wins me over by co-starring with someone who’s almost the same age as him (Naomi Watts was born in 1968). As the supervillain, we get Mel Gibson playing a character that manages to take a jab or two at a few real-life personal blunders of Gibson.

In other supporting roles, we see the always-brilliant Michelle Yeoh (Morgan) and the grotesquely funny Ken Jeong (The Hangover movies). Also, there is of course Selino Lo as Guan Yin and Annabelle Wallis (The Mummy and Annabelle). 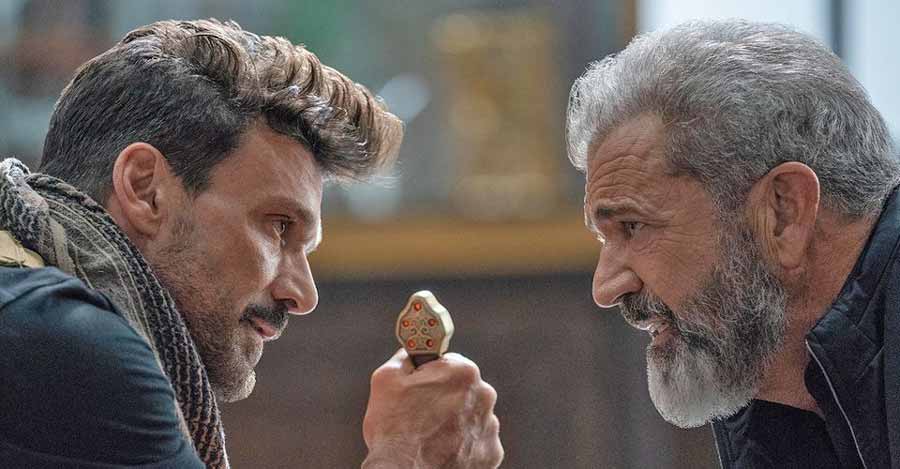 Could this be a new franchise?

This is definitely along the lines of Happy Death Day in terms of that pesky groundhog day theme. However, this new Hulu movie definitely has more action and fight scenes. The very creative ways to kill and die (along with the awesome comedy) are things the two movies have in common.

In fact, I really hope they also have the franchise element in common. I definitely want more Boss Level movies starring Frank Grillo as Roy!

Also, I should mention that the theme was used in the Netflix movie ARQ which had a much darker and more sinister tone. With Boss Level, you get the feeling that you’re pretty safe watching it. You won’t get your heart broken in the process. But you will get loads of entertainment.

If this sort of movie is your thing, obviously.

Joe Carnahan is the director of Boss Level and he has worked on quite a few action movies in that genre. Including The Grey (2011) starring Liam Neeson, which only adds to the fun of the Neeson reference in this movie. Also, he will be the director of the US remake of The Raid. The most insane (and amazing) action movie from 2011.

Chris Borey & Eddie Borey came up with the story which turned into a screenplay written by them and director Joe Carnahan. Eddie Borey and Chris Borey also wrote the screenplay for the 2013 horror-mystery Open Grave starring Sharlto Copley (District 9, The Last Days of American Crime).

I have no doubt that Boss Level would be a huge worldwide smash-hit on Netflix, which almost makes me sad that it’s “just” on Hulu. Don’t get me wrong, I do love Hulu and the fact that they bring lots of genre productions to their viewers. They just don’t have that worldwide reach yet.

Then again, Run (2020) starring Sarah Paulson (read our Run movie review here) managed to be watched by millions in no time. I’m sure Boss Level will do just fine as well.

Roy Pulver (FRANK GRILLO) has a helluva problem: Every morning, he’s slaughtered by assassins in different ways. Sometimes he’s shot, then blown up, or beheaded, or stabbed — then that days starts anew, on and on, for reasons he can’t figure out. A former Delta Force member, Roy needs to figure out why he’s stuck in this repeating loop in time and space, how he can save his ex-wife (NAOMI WATTS) and 11-year-old son, and what an evil military scientist named Ventor (MEL GIBSON) wants with something called “The Osiris Spindle.” By setting things right, Roy can become the best version of himself – if he can save himself from being killed again. 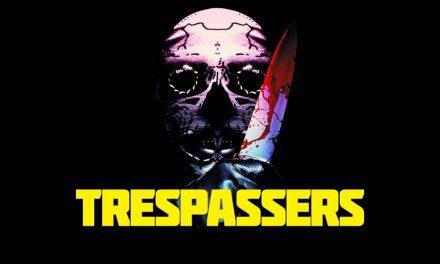 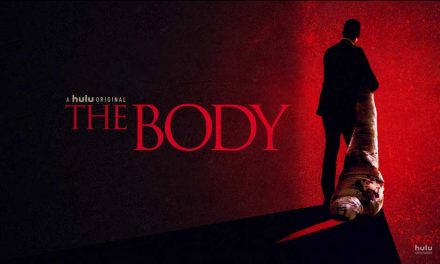 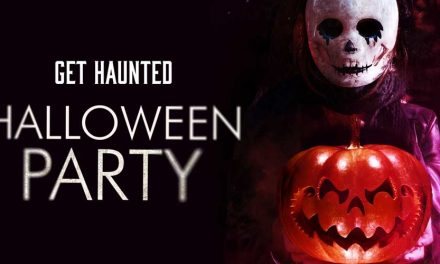 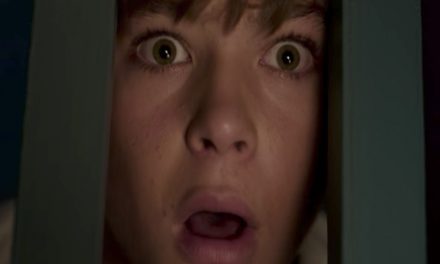