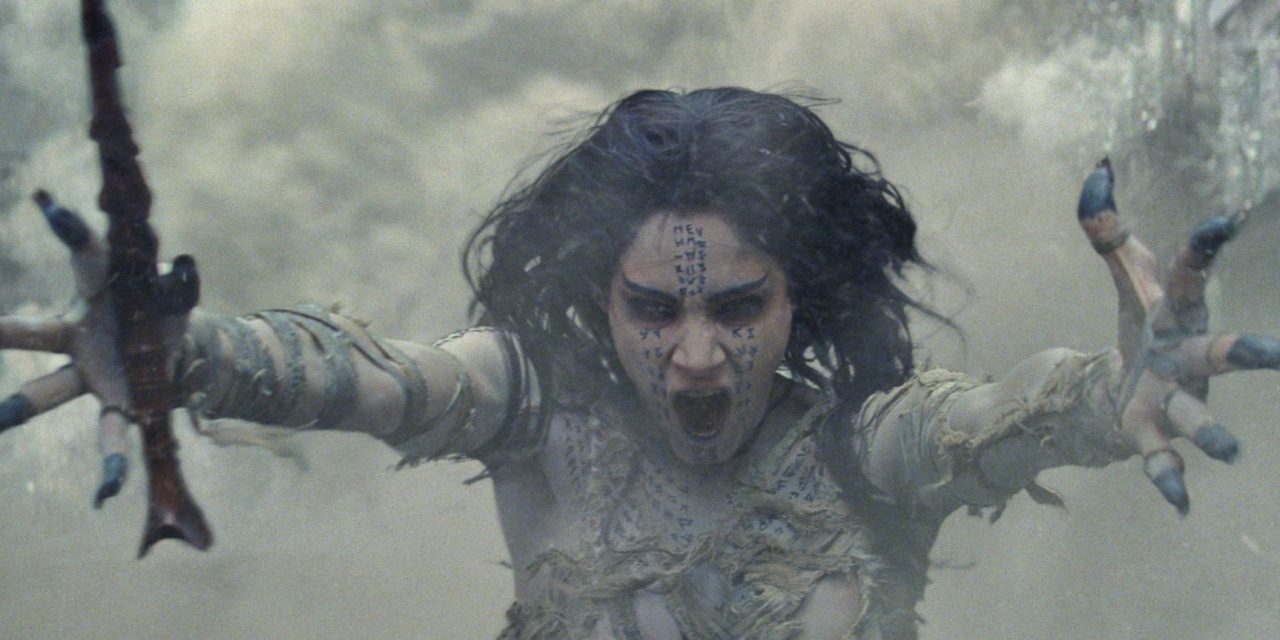 The Mummy introduces Universal’s new “Dark Universe” concept. This will bring us movies featuring classic monsters in the years to come. And in this one, we get monsters and action in spades!

Other than action, The Mummy is also an indication that “Dark Universe” movies won’t be family friendly.

No, I’m not talking sex scenes. We get a straight up dark world with horror and monsters. In other words, I see this as something good!

But, of course, it’s not like everything’s perfect. I mean, we do get some very typical Hollywood blockbuster scenes. The entire intro is one big showcase for how the white-guy-anti-heroes save the day.

However, in a wonderful – and very contemporary – twist, they don’t get celebrated. In fact, we get to enjoy how both their African-American superior and a British woman point out that they’re absolute walnuts! 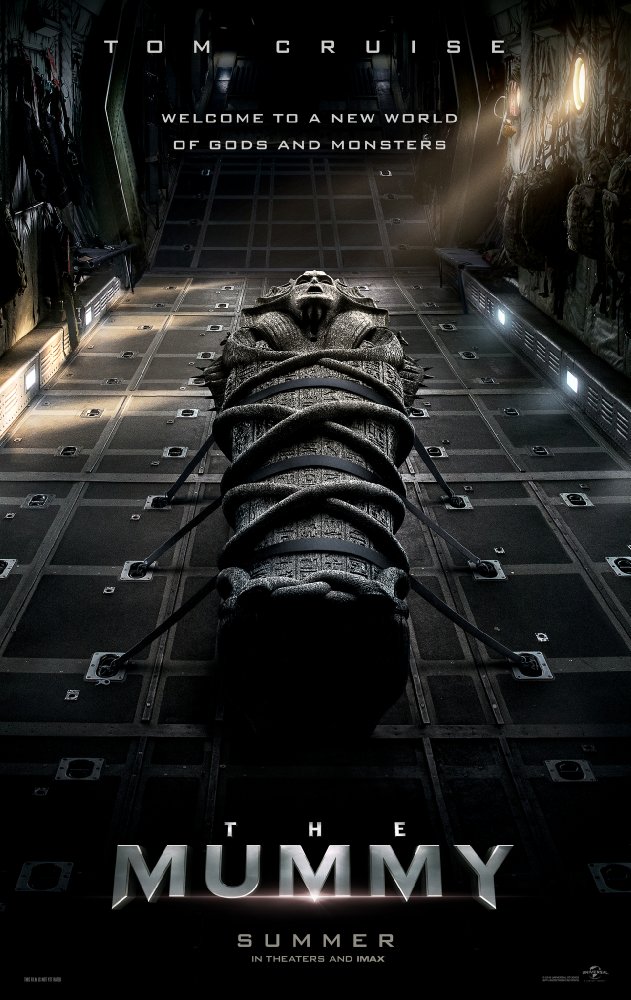 And, to me, Tom Cruise is at his best, when he portrays this kind of character. Not the hero, that can do no wrong, but rather the “hero” who thinks he’s perfect but realizes maybe he’s not.

Still, we do have to endure watching the 53-year-old Russell Crowe refer to the 54-year-old Tom Cruise as a “younger man”. So he’s clearly still his own hero. And I really don’t care how old their respective characters are supposed to be.

No matter how good Tom Cruise looks – and he does not look his age – you can’t refer to a 54-year-old as “younger”. Even though I could easily guess his age at ten years younger. The same cannot be said for Russell Crowe.

However, Russell Crowe does seem to enjoy playing the character of Dr. Jekyll (yes, the Dr. Jekyll) very much. Hopefully, a Jekyll/Hyde movie isn’t too far off in the “Dark Universe”.

Annabelle Wallis is a perfect counterpart

Even if Tom Cruise tends to almost always be the hero in his own movie, he also makes sure to have awesome counterparts. And no, I don’t mean a villain or bad guy. I feel like his counterparts are often the characters working with him. In the Mission Impossible franchise it’s Simon Pegg, Thandie Newton or Rebecca Ferguson.

In The Mummy it’s Annabelle Wallis, who you probably know from a horror movie. She was the star of Annabelle, which should be pretty easy to remember. I love watching her play across from Tom Cruise, since she’s always on guard with him.

Their story never turns into the typical romance love story. Instead, they’re partners forced to work together at first, who then realize they don’t mind much.

And these two characters do go through quite a lot together. Including a very impressive plane crash, which was shot over several days. They built a life-size copy of the cabin but also did zero gravity nose dives in a real plane. The result is an amazing and very intense stunt.

Other than these two stars, Sofia Boutella is the final actor to go through some of the more extreme stunts. You may know Sofia Boutella from Star Trek Beyond or Kingsman, where she has blades for feet. Very effective weapons!

She also features prominently in the trailer for Charlize Theron’s upcoming Atomic Blonde movie. It’s been one Hell of a ride with very memorable characters for Boutella. And this one is no exception!

Don’t think too much about The Mummy storyline

Without giving away too much (we don’t do spoilers here at Heaven of Horror), I do have to comment on something. The storyline in The Mummy has one major flaw. Well, maybe more than one, but this one is the worst.

Basically, this is the story; Ahmanet is the female sole heir to the Egyptian throne. She’s wise and an amazing warrior. However, daddy suddenly has a son by his new young wife, and Ahmanet is pushed to the side. Now little brother will take over instead.

She summons the darkest powers and kills her father and baby brother. The final step in her plan involves her lover, who we have not heard of previously. The lover will willingly surrender his body, so that the God of Death, Set, can be reborn in his place. Ahmanet will then be Set’s queen.

Come again?! A woman kills all the men in her family to be the ruler. Then she turns around and creates a new and more powerful person who will then rule over her? What in the Hell is this nonsense? Seriously, who pitched this out loud and thought it made sense?

Of course, you will be shocked to know that all three screenwriters on The Mummy are men. And yes, I think I just answered my own rhetorical question.

Full disclosure: There is a woman among the three people behind the screen story. Her name is Jenny Lumet, and we may find a clue in her name. It could be an indication that she’s behind Annabelle Wallis’ awesome character, Jenny Halsey.

Should you go watch The Mummy?

Well, yes, I think you should. When I allow myself to let go of the annoying story and character aspects, I have to admit I was entertained. Some great stunts and a story that keep evolving had me engaged from start to finish.

Especially since they steered away from the typical romance tropes.

And the Hollywood stereotypical elements, I was expecting, were dialed back quite a bit. All this resulted in me being positively surprised with the movie.

Of course, I really didn’t expect to like it, so everything’s relative, I suppose. And I still don’t care for the trailer much. Whether or not you find it scary, is another thing. I do, however, want to recognize that they went a lot darker than I expected.

The Mummy will be out worldwide and premieres in US theaters on June 9, 2017.

An ancient Egyptian princess is awakened from her crypt beneath the desert. With her, she brings a malevolence grown over millennia along with terrors that defy human comprehension. 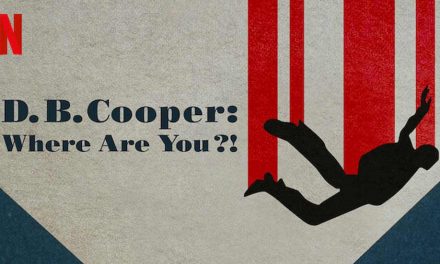 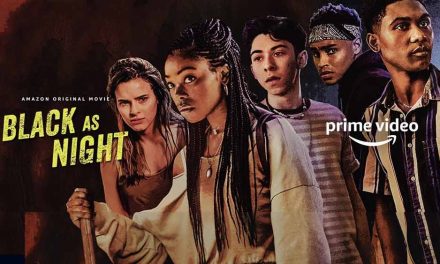 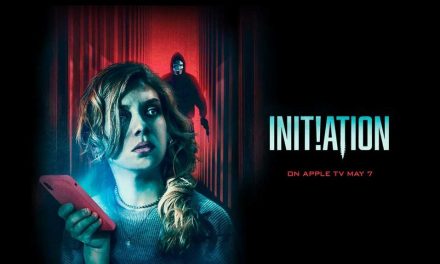 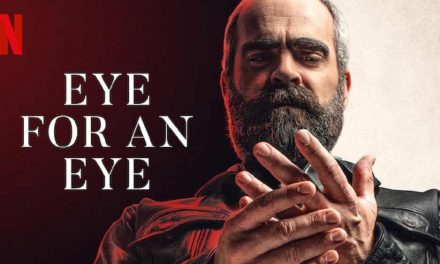