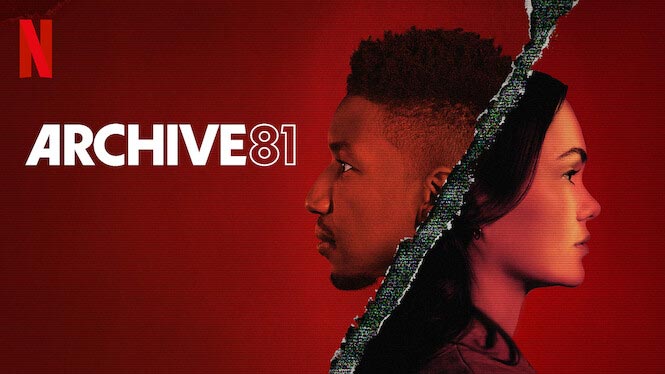 ARCHIVE 81 on Netflix is a new Sci-Fi Horror Mystery series. It’s quite slow-burn at first but definitely keeps you hooked. Based on a popular podcast, this is all about having a strong story. Which it does have. Read our full Archive 81 season 1 review here!

ARCHIVE 81 is a new Netflix series in the Sci-Fi, Horror, and Mystery genres. With 8 episodes, it will leave you wanting more, so hopefully, season 1 is just the beginning of this creepy and crazy adventure.

This new Netflix production is an original story loosely inspired by the popular podcast of the same name. It should come as no surprise that it’s character-driven and a bit slow-burn. After all, podcasts seem to excel at storytelling that keeps you coming back for more.

MORE NETFLIX SERIES BASED ON A PODCAST

The story plays out in the present and in 1993/1994. And that’s all we’re wanting to give away about the actual plot. Also, if you want to avoid spoilers, you really should not watch the trailer.

Continue reading our Archive 81 season 1 review below. We watched all eight episodes for this review.

Also, put your phone away. I can tell you right now that you will never get into this new Netflix series if you don’t pay attention. Archive 81 requires quite a lot of you and you need to stay focused. 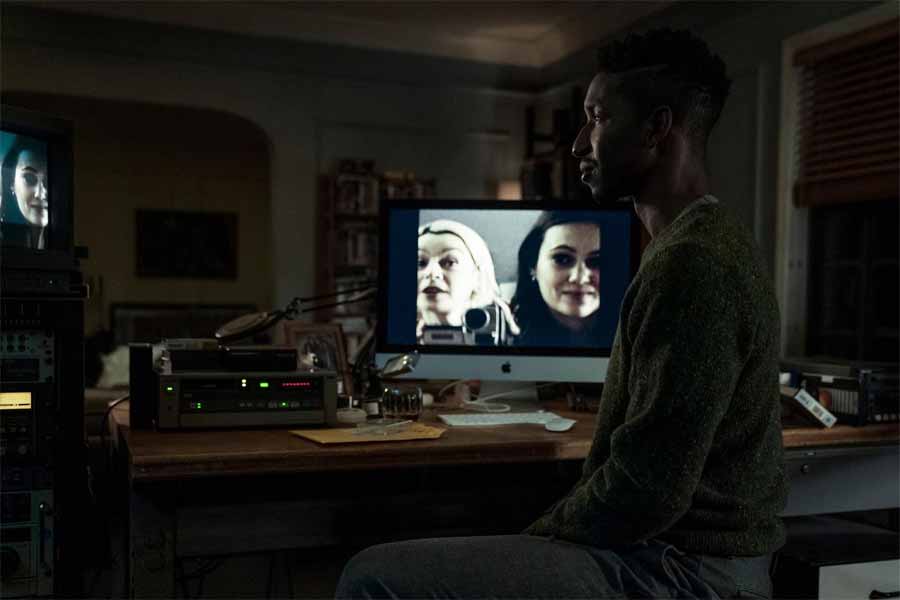 While there is quite an impressive cast in Archive 81, the two absolute stars of the series are Dina Shihabi as Melody Pendras and Mamoudou Athie as Dan Turner. Without these two, there really isn’t much of a story.

I haven’t watched much with Dina Shihabi in the past – apart from season 2 of Altered Carbon. However, I found her absolutely mesmerizing as Melody Pendras. This was actually perfect since it also meant I could easily understand why Mamoudou Athie’s Dan Turner felt the same way.

You might also know Dina Shihabi from the Jack Ryan series. And you should recognize Mamoudou Athie from his starring role in the Blumhouse Halloween anthology movie Black Box or maybe Underwater. Also, he’s in the upcoming Jurassic World: Dominion (2022).

In key supporting roles, we also have stellar casting. You can look forward to seeing Evan Jonigkeit (The Night House), Matt McGorry (How to Get Away with Murder), Julia Chan (Saving Hope), and Martin Donovan (Tenet). Also, I have to mention the young Ariana Neal who makes a huge impression as well.

I don’t want to reveal anything about any of their characters. Just watch and enjoy! 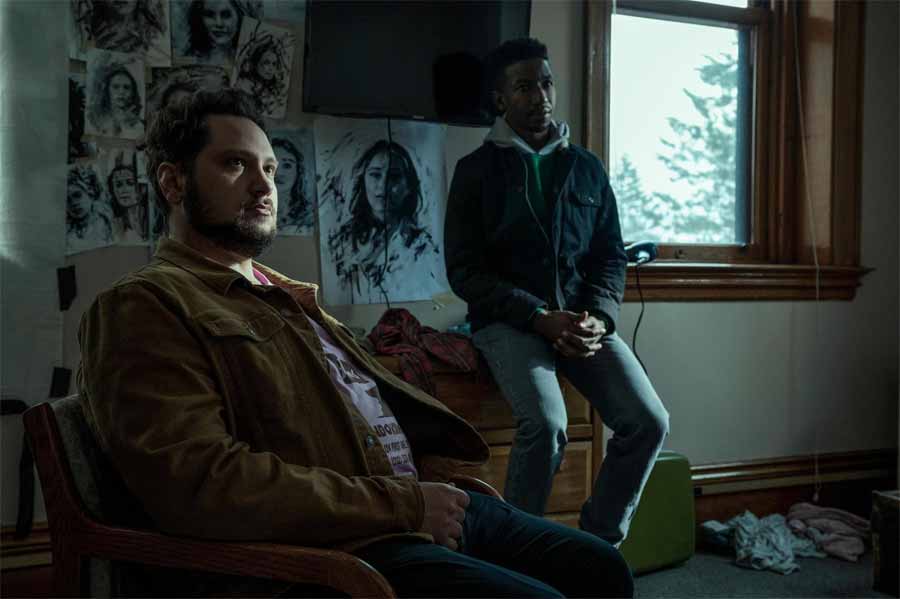 Genre producers team up for this Netflix series

For this new Netflix series, Rebecca Sonnenshine (The Boys) is a producer along with James Wan and Michael Clear of Atomic Monster (The Conjuring franchise and Malignant), Rebecca Thomas (Stranger Things, Limetown), Antoine Douaihy (Panic), and Paul Harris Boardman (Deliver Us from Evil).

As someone who is very much a fan of genre productions, I convince myself that this was obviously made by people who are also fans of genre stories and productions. Everything about Archive 81 just feels like a love letter to the genre.

Yes, including the slower elements which allow us to dwell on both the character and events. While this is very much about horror and sci-fi, the mystery element is what keeps you engaged.

The ending of Archive 81 season 1 on Netflix

No spoilers for the Archive 81 ending here. I just want to say that those final moments of season 1 are really clever and intense. Also, they make me want to hear that there will be an Archive 81 season 2 as soon as possible.

Eight episodes really aren’t nearly enough to cover everything we need to know about this world.

Interestingly, I found myself thinking that it could have been an episode or two shorter, as it was progressing. By the end, however, I just wanted more of Archive 81. I suspect that anyone who binge-watches season 1 (as I did) will feel the same way.

Rebecca Sonnenshine is the showrunner of the Archive 81 series, which is (as already mentioned) adapted from a podcast. You probably know several of the series Rebecca Sonnenshine has worked on in the past since they include Amazon Prime Video’s The Boys and The Vampire Diaries.

All directors are perfect for the genres utilized in this series. And fans of Justin Benson and Aaron Moorhead should feel very much at home in the universe of Archive 81. Yes, it’s quite slow-burn but it’s also crazy, weird, surprising, and everything else you’d expect from sci-fi, horror, mystery.

Now we just need season 2 to be greenlit, so we can get even more of this story.

Archive 81 follows archivist Dan Turner (Mamoudou Athie), who takes a job restoring a collection of damaged videotapes from 1994. Reconstructing the work of a documentary filmmaker named Melody Pendras (Dina Shihabi), he is drawn into her investigation of a dangerous cult at the Visser apartment building. As the season unfolds across these two timelines, Dan slowly finds himself obsessed with uncovering what happened to Melody. When the two characters form a mysterious connection, Dan becomes convinced he can save her from the terrifying end she met 25 years ago. 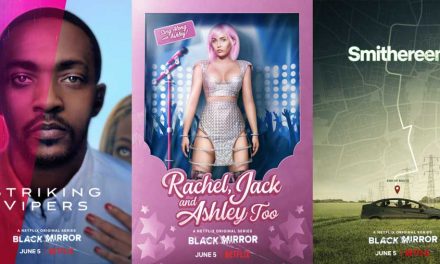 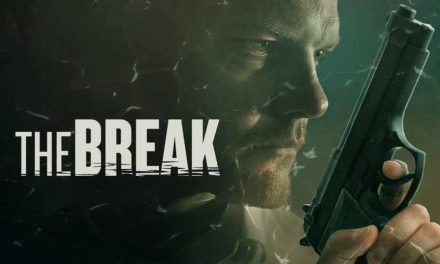 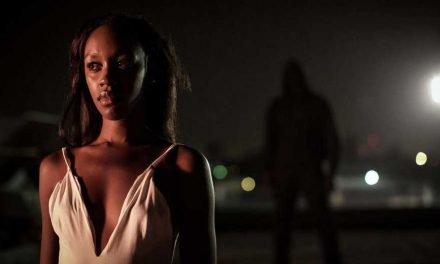 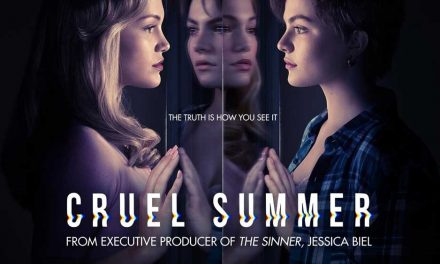