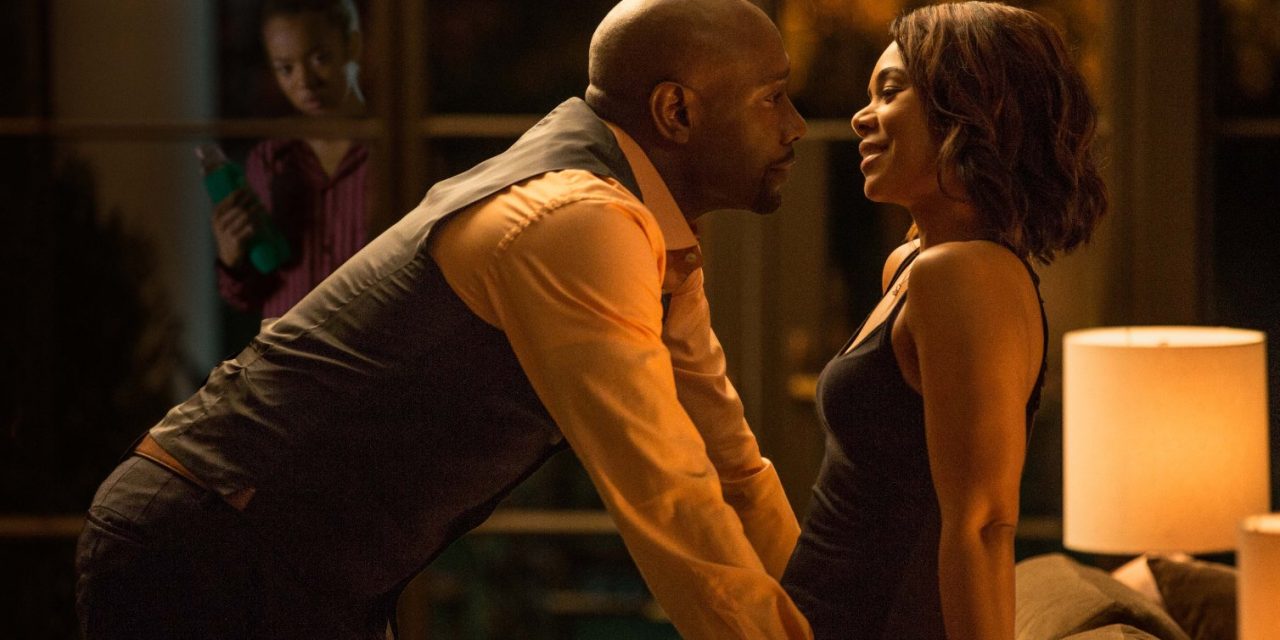 Calling When the Bough Breaks a horror-drama is definitely overselling it. The only thing scary about this movie is how bad the story is! 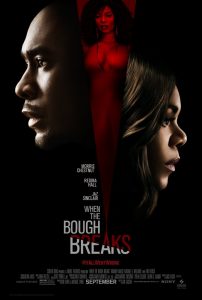 When the Bough Breaks feels like a movie that should’ve been released in the early 1990s and not now. The story is simply too bad and the characters are one-dimensional and boring. You’ll be able to guess every single little “twist”, because you’ve seen them all a million times before. And, unfortunately for When the Bough Breaks, you will have seen them done better, as well. Basically, for you to enjoy this movie, you will need to shut off any and all logic.

It all seems like some cheap thrills fantasy written by a man in the woes of a mid-life crisis. The women are mainly eye-candy that seem unable to act on their own. Either that or they’re just down-right psychotic. But even where these tropes are concerned, the story can’t really stick to any one idea. At the core of the story, women are capable of focusing on either their baby or the man they want. Never both, because we all know women can’t multitask.

Of course, When the Bough Breaks does make a strange effort of giving the wife a fancy job. She’s a chef. Of course, we never actually see her cooking and suddenly she’s thrilled at the idea of becoming a CEO. Uh sure, because what chef doesn’t just salivate at the idea of getting a desk job? 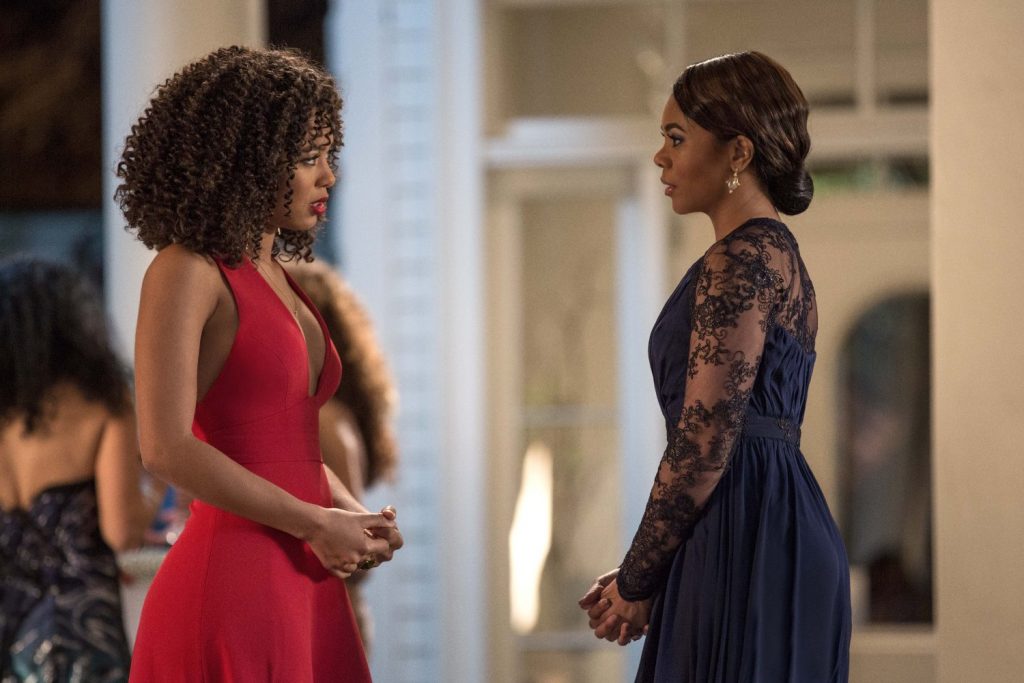 What is very clear from beginning to end, is the fact that the husband is the hero. The martyr even! Or actually, he’s pretty weak and borderline embarrasing. To watch this strong and intelligent married couple unable to handle the Lolita-like surrogate is simply not believable. Also, the husband is a hot-shot lawyer, but somehow has no idea what their rights are in regards to their own baby until after the surrogate goes rogue. Come on. Then don’t make the guy a lawyer, because this is simply insane!

Especially after having established how quickly he can help the poor young girl with his superhero lawyer skills, when her boyfriend is causing problems.

Good actors cannot save the story of When the Bough Breaks

Morris Chestnut is one of the producers, which must be the only reason why he’s playing the lead role. Because it certainly isn’t a role he will be remembered for. At least not in any good way! Not that his acting is bad. The character, storyline and dialogue is just so damn bad. Then we have Regina Hall. A wonderful actress, who many horror fans might know from the horror spoof Scary Movie franchise. The woman is awesome, but her character as the baby-crazy woman, who also wants a career and is actively pursuing it, is boring. Of course, the only reason she is going after her career now, is so that she’ll be out of the house. Not because it makes sense for her character, but because it’s necessary for the story to unfold. Specifically, so Anna – the Lolita surrogate – can run around half-naked and throw herself at the husband. 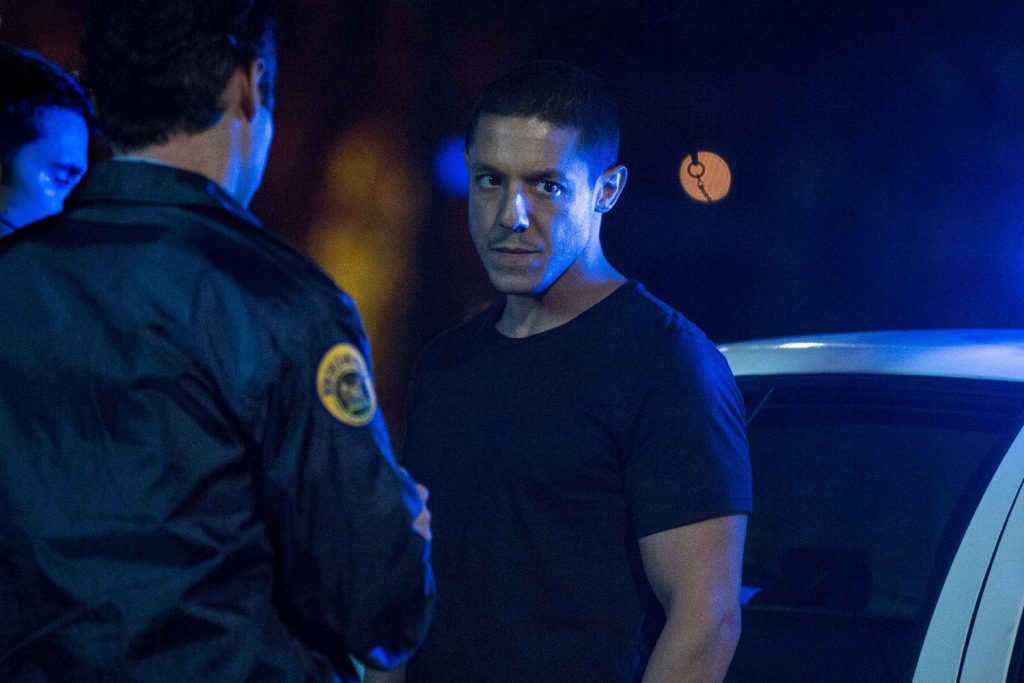 Theo Rossi (Sons of Anarchy) doesn’t have a big role, but he seems a lot more realistic and credible as Anna’s asshole boyfriend, who isn’t as smart as he thinks. Anna is portrayed by Jaz Sinclair, who seems pretty over the top much of the time. The only reason for this should be the fact that she has realized how camp the story seems, and plays the character accordingly. Most of all, she reminds me of Elizabeth Berkeley in Showgirls. A young actress, who is offered a character with some substance, but unfortunately, the character is in a movie with an awful script. 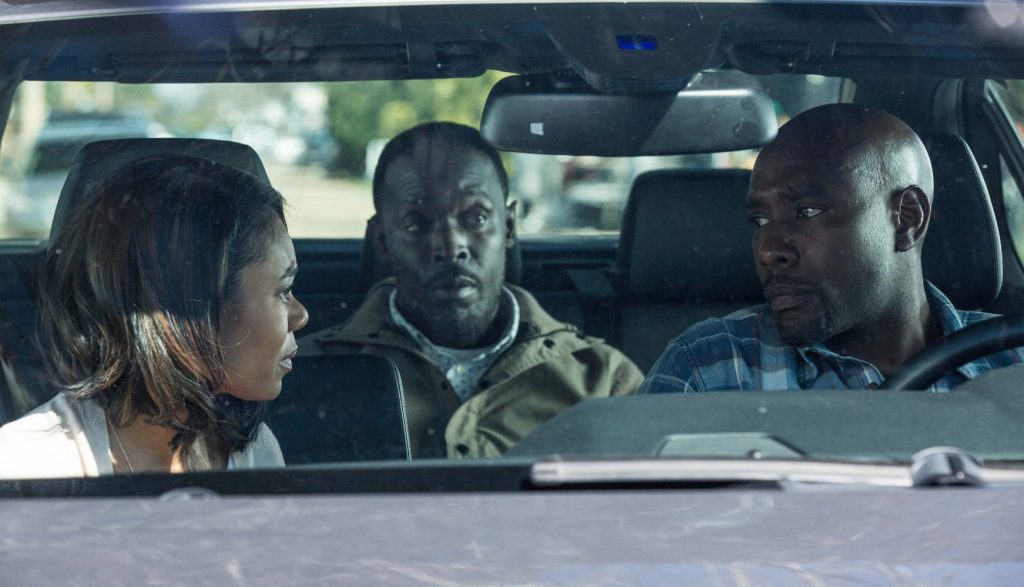 Speaking of the script, this particular one was written by Jack Olsen. He only has one previously script produced, which was for the movie Sleepwalkers. And even though the title might sound familiar, you haven’t watched it, since it’s sitting on a shelf somewhere. It was completed in September 2015, but still hasn’t been released. I do hope it will, though, and hopefully it’ll be a lot better than When the Bough Breaks.

The director of this movie is Jon Cassar, who is a truly great TV director. He has worked on some of the best TV shows and won Emmys and lots of other awards for his work on 24 and the mini-series The Kennedys. Unfortunately, this movie marks his theatrical release debut, and it really shouldn’t be playing in the theaters. The story is much more reminiscent of a tired soap opera or TV movie. But regardles of the efforts from the director, the movie is too long and the story is just awful.

The hashtag being pushed for When the Bough Breaks – and doesn’t everything have a hashtag these days?! – is #It AllWentWrong. The PR machine is telling you to watch the movie and find out how #ItAllWentWrong. I just want to tell you that the answer; Pretty much everything. Oh well, at least the hashtag works. Not as a question, but as an explanation for this sad and cheesy movie that plays out like a sad episode of Jerry Springer, but taking place in an 80’s Dynasty setting. Without being funny or camp, though. That could’ve been it’s saving grace.

If you want a truly good horror movie about a surrogate, then Shelley is the one you need. Read our review of Shelley here!

When the Bough Breaks is playing in US theaters now.

A surrogate mom for a couple becomes dangerously obsessed with the soon-to-be father.