UTOPIA is the genre-hybrid series on Amazon’s Prime Video. Created by Gillian Flynn – and based on the UK series of the same name – this one is deliciously creepy. Also, the stellar cast doesn’t hurt. Read our full season 1 Utopia review here!

UTOPIA is a new series on Amazon’s Prime Video. It’s based on Dennis Kelly’s UK series of the same name, while this new version was created by Gillian Flynn. It’s one hell of a mindf*ck and will make you uncomfortable.

Of course, the fact that the plot revolves around a flu-like pandemic only adds to the creepy factor. So much of this story obviously feels a lot more realistic and relatable than it would have pre-Corona.

Continue reading our Utopia season 1 review below. We’ve watched all eight episodes in the season.

I love the Utopia cast

At every turn, you’ll see a familiar face (or one that should be or simply feels familiar) and it makes for a cast you’ll be intrigued by immediately.

Jessica Rothe (Happy Death Day) is one of the wonderful nerds convinced that a huge conspiracy is hidden in the images of the Dystopia comic book. To figure out the rest of this mystery, they need to get the sequel which is called (drum roll, please!) Utopia.

The only character more into conspiracy theories is Wilson Wilson (that’s his name) who is portrayed by Desmin Borges. He pours so much love and passion into this character that I want to side with him even when he goes completely off the rails.

Ashleigh LaThrop (The Handmaid’s Tale) plays the incredibly kind and loving Becky. She is pure and good but does hide a secret. Though, of course, not one that could hurt others. She also believes in the conspiracy but isn’t quite as “intense” in her approach to all of it.

Finally, we have Dan Byrd (The Hills Have Eyes, Easy A) in the group of Utopia comic book hunters. He’s more into Becky than the comic book. However, as the saying goes “seeing is believing” so he does have somewhat of a change of heart.

The young Javon ‘Wanna’ Walton (Euphoria) continues to impress as Grant. This kid could have a huge career ahead of him! The same definitely goes for Farrah MacKenzie (Ascension) who is perfect for genre-stories. She has a face that can go from angel to demon in a second. She plays Alice in Utopia and surprises more than once.

The iconic Jessica Hyde is played by Sasha Lane (Daniel Isn’t Real) who is one hell of a ball-breaker in this Amazon Prime series. Whether she’s killing people left and right or being a total Sarah Connor (the Terminator 2 version) who only cares about her “mission”.

Sasha Lane as Jessica Hyde demands your attention and you will give it willingly.

John Cusack plays the main villain of this story and he has a pretty excellent (if not completely novel) motive. Can John Cusack play a villain?! Obviously – and very well! Would it have been cool if his sister, Joan Cusack, had played this part instead? Hell yeah! Her role in Homecoming season 2 is clear proof of that.

Christopher Denham is awesome as the hitman and “get it done”-monster, RB (or Arby). He has a really messed up haircut, which is called out early on. You might know Christopher Denham from Argo (2012) or Shutter Island (2010).

Rainn Wilson works remarkably well as the scientist who just wants to do good in this world. It’s actually scary how much he stands out due to this simple fact. He’s not interested in money or fame if it doesn’t come from doing something pure and good. And yet, he ends up wreaking havoc in ways he never expected! 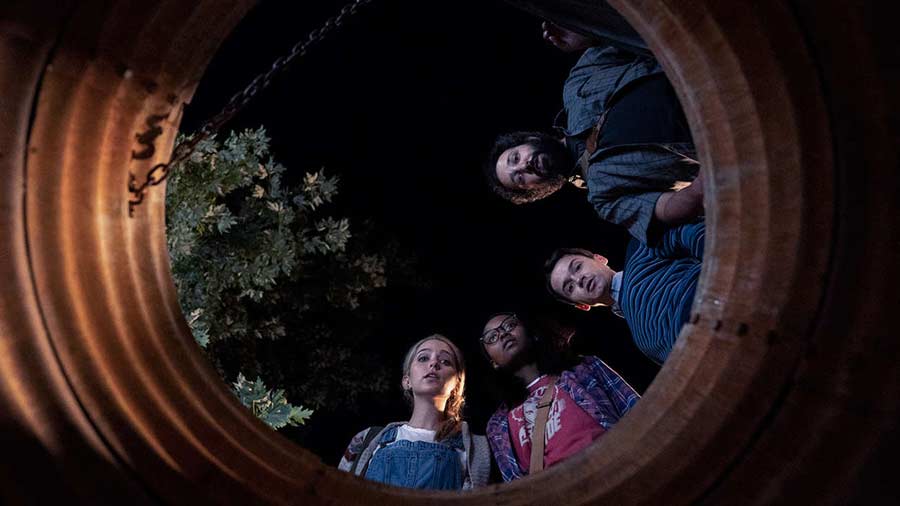 Whatever you expect, Utopia is more!

Fans of the Amazon Original series The Boys on Prime Video will know it’s the kind of series that loves going further and being just a bit crazier than you would expect. Well, I’m happy to say the same goes for Utopia.

Nobody is safe, so whether you know the actors or not, they might die very suddenly. This is exactly the kind of storyline moves that will keep audiences on their toes. If nothing is safe, then how crazy could it get? The answer: Very crazy!

But in all the right ways, fortunately!

The UK version of the series

I should mention that I have not watched the UK version of Utopia. It ran for two seasons (2013-2014) before being canceled, which left fans quite distraught. The rating on IMDb is at an impressive 8.4 which should tell you that it has an almost iconic status with fans.

After watching season 1 of Utopia in its US version, I can understand this. Right now, I’m just waiting for news on when season 2 will come.

Yes, season 1 is a complete story in many ways, but we know far from everything about this crazy universe after eight episodes. And honestly, it feels like we’re just getting started with the really dark stuff.

All episodes without exception work really well. Obviously, I have favorites – as will you – but none are subpar in any way!

As already mentioned, Gillian Flynn who wrote the book behind the Sharp Objects series and wrote the novel and screenplay for Gone Girl (which won her an Oscar) is the creator of the Utopia series. Dennis Kelly (creator of the UK series) and Ryan Enright are also credited with writing the eight episodes in season 1.

I was really excited about this Gillian Flynn series – which was originally supposed to be produced with HBO and co-created by David Fincher. That didn’t work out which could have been a bad sign, but the result is actually damn good. I had great expectations and it still managed to surprise in some really wonderful ways.

Utopia season 1 begins on Amazon Prime Video in the US on September 25, 2020. The worldwide international release is set for October 30, 2020.

Utopia centers on a group of comic fans who meet online and bond over their obsession of a seemingly fictional comic called, “Utopia.” Together, Becky (Ashleigh LaThrop), Ian (Dan Byrd), Samantha (Jessica Rothe), Wilson Wilson (Desmin Borges) and Grant (Javon “Wanna” Walton) unearth hidden meanings cloaked within the pages of “Utopia,” predicting threats to humanity. They realize these are not just the makings of a conspiracy; they are very real dangers coming alive right now in their world. The group embarks on a high-stakes adventure, bringing them face-to-face with the comic’s famed central character, Jessica Hyde (Sasha Lane), who joins them on their mission to save the world while harboring secrets of her own. 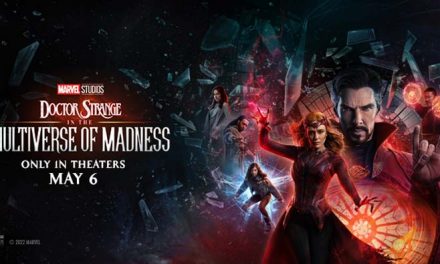 Doctor Strange 2: In the Multiverse of Madness – Movie Review (3/5) 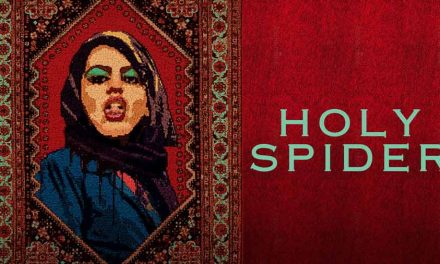 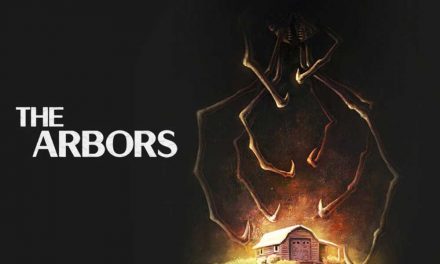 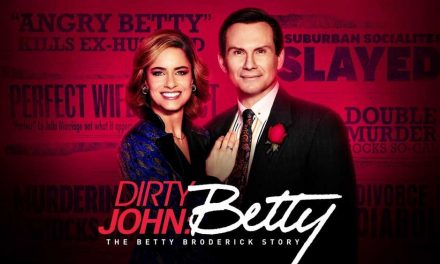