THE RETALIATORS is a new horror thriller that is almost as brutal as it is bloody. A revenge story with a few twists, a strong cast, and also a lot of rock. Maybe even too much for its own good. Read our full The Retaliators movie review here!

THE RETALIATORS is a new revenge horror movie that won’t be for everyone but will be pretty perfect for those that enjoy this subgenre. I am one of those and I did like that this movie is dirty, brutal, bloody, and gets pretty crazy along the way.

It starts out fairly slow but picks up speed fast after a brutal murder. You’ll see familiar faces in the form of both actors and rock musicians. Which makes it natural to also include a lot of rock music, which resulted in a runtime that was too long. But hey, I can’t blame the filmmakers for getting the most out of this angle.

Continue reading our The Retaliators movie review below.

A fierce and violent opening

With a title like The Retaliators, it should come as no surprise that this is a revenge story. However, the way it unfolds does definitely offer up a twist or two. We begin the story in one place before going back in time and watching what happened before the very violent events in the opening scene.

When getting introduced to the core characters, you’ll know all along that things will go wrong and end badly. This is always a good way to tell a story in these days of ever-reducing attention spans. Actually, I don’t think people have problems with attention spans, we just have too many disturbances and intrusions that we need to get rid of.

So, on that note, make sure you place your phone far away from you when you watch this. Or simply go see it in a theater, where checking your phone should never happen during the screening.

This revenge story is all about taking your time. Both in making sure you get the right person – which is hardly an issue in the case here – and making sure the revenge is slow and sweet. For you, not the person you’re punishing, of course.

Because we see what this person does, I found it easy enough to enjoy the scenes of vengeance. Also, I like that the actual murder scenes weren’t dragged out. Watching The Retaliators is truly about revenge and not just about violence in all its forms.

Well, it is that too, but violence towards those who have done wrong unto others!

The cast features Marc Menchaca (Ozark, The Outsider, No One Gets Out Alive) and Joseph Gatt (Banshee, Game of Thrones) in key roles that I won’t reveal here. I always enjoy seeing them both, but in terms of versatile actors, I have long been a huge fan of Marc Menchaca. His performance in this movie is another strong one.

The main protagonist is played by Michael Lombardi and while I enjoyed his performance, his character isn’t the strongest. Still, he did exactly what he needed to do here and manages to carry The Retaliators well.

The rock stars in The Retaliators

But wait, there’s more. You also get Matt Brandyberry, Danny Case, Lance Dowdle, and Matt Madiro of From Ashes to New, Cory Marks, Dan Murphy, and Miles Franco of All Good Things. All of it on top of an original score from Emmy-winning composers Kyle Dixon and Michael Stein (Stranger Things).

For me, personally, this rock music angle does take up too much space at times. Not towards the end, but early on, it does ruin the pacing a little at times. However, I completely respect that this is part of the DNA of this movie.

And I also really appreciate the fact that it first calls out 90s action movies and then goes on to virtually turn into one. That’s how you do pop culture and kitsch moments the right way; Acknowledge that it can be kind of corny and then just lean into it and enjoy the craziness!

Watch The Retaliators when you get the chance!

The Retaliators is directed by Samuel Gonzalez Jr., Michael Lombardi (yes, the star of the movie), and Bridget Smith. According to IMDb, they simply share directing credit. It should come as no surprise that especially Samuel Gonzales Jr. has a lot of music video credits to his name.

The writing credit goes to Darren Geare and Jeff Allen Geare – a debut for both.

I do think it runs a good 15-20 minutes too long with a runtime of 1 hour and 50 minutes. However, this does have a lot to do with all the rockstar cameos and music video-like sequences. They’re cool enough, sure, but they don’t really improve of any aspect of the story or film.

And yet, even though we’re not giving this revenge horror thriller an especially high rating, I would definitely recommend it to any and every fan of revenge movies. It has a lot going on in that department and you should definitely check it out when you get the chance!

The Retaliators is out in limited theaters worldwide on September 14, 2022.

An upstanding pastor uncovers a dark and twisted underworld as he searches for answers surrounding his daughter’s brutal murder. A high-octane original soundtrack and cameos from some of the biggest names in rock music set the tone as this horror-thriller reveals a game of revenge played using a new set of rules. 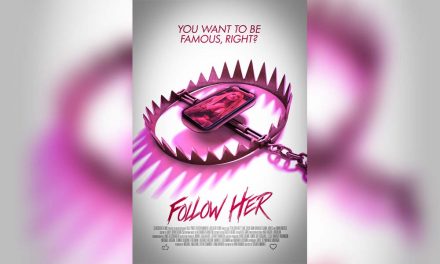 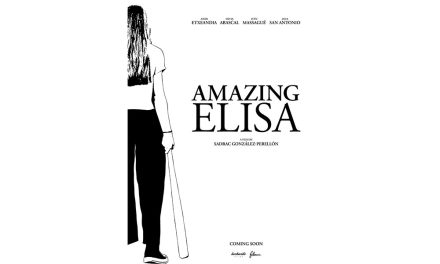 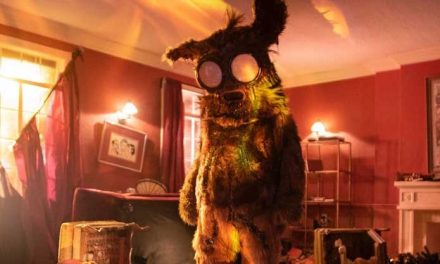 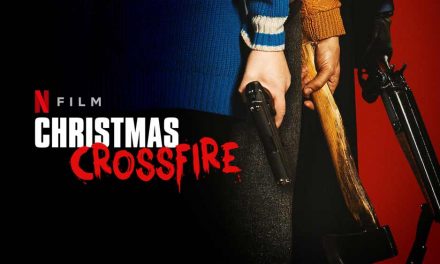