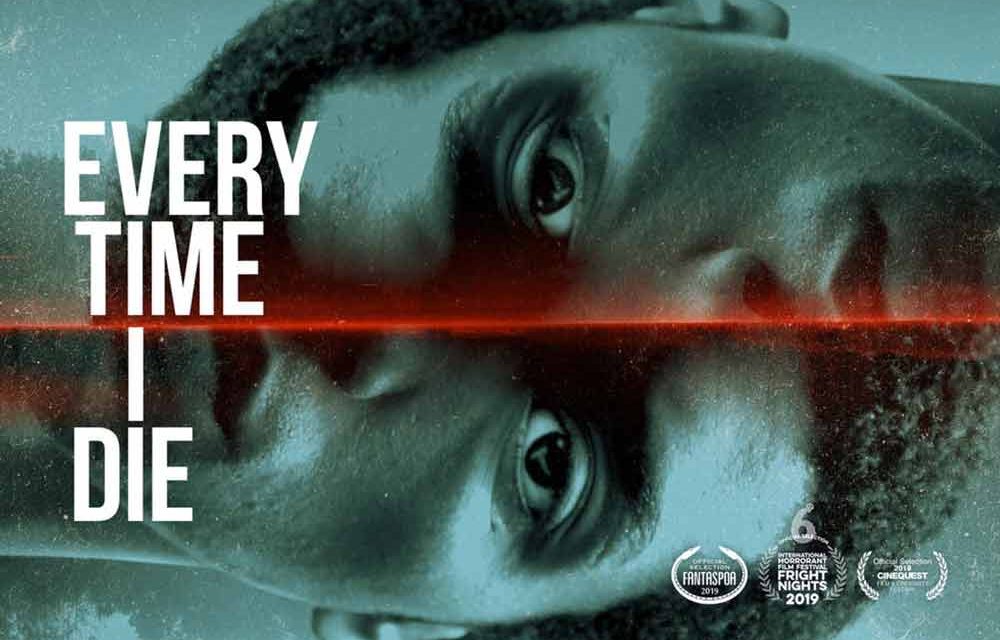 EVERY TIME I DIE is a new supernatural thriller that really grew on me. Honestly, it’s one of those stories where the less you know of the plot, the better. Just sit back and let the story unfold. Read more in our spoiler-free Every Time I Die review here and watch it on Netflix!

Every Time I Die is a new thriller with a great supernatural twist. Since I had read the plot on IMDb, I found myself very confused at first since I could not recognize it in the movie.

Basically, you should let this story evolve without knowing too much in advance. Even if it seems strange at first, it will all make sense. Also, the characters react in very reasonable ways most of the time. This alone is a treat since some movies with supernatural elements tend to allow their characters to act like fools. Not in Every Time I Die.

Read why you’ll want to watch this movie in our Every Time I Die review below.

A small but effective cast

I was a bit confused about two characters at first since I felt the two women in the group of five friends looked way too similar. Of course, I quickly came to realize that not only are they supposed to be sisters in Every Time I Die, but they are also in fact twins in real life. Michelle Macedo is Poppy while Melissa Macedo plays Mia. And both do wonderful jobs!

Overall, the cast of Every Time I Die consists of just these five characters. We do see a few more characters in flashbacks and these are also important, but mostly, it’s about these five friends.

The main character is Sam who is portrayed by Drew Fonteiro (Stitchers) with Tyler Dash White in another key role as Tyler. Again, both actors do a great job.

Personally, I just loved watching Marc Menchaca as Jay. Since watching Marc Menchaca in the Netflix series Ozark, I’ve been fascinated with his style. He was also in an episode of the latest Black Mirror season and he will be in the TV series adaptation of Stephen King’s awesome book The Outsider alongside Ben Mendelsohn.

The Every Time I Die ending just works

The ending of Every Time I Die might have several plot twists that you’ve seen coming. However, that’s not what I want to get into here. And I’m not doing an “Every Time I Die ending explained”-segment either.

Honestly, if you’ve been paying attention then you shouldn’t need this movie explained. The ending itself is very self-explanatory and covers the questions you’ve had. If not, I urge you to put down your phone and watch it again without distractions.

No, I just want to mention that the Every Time I Die ending really works. It feels organic and not in any way forced. Also, I simply enjoyed it as delivering on good storytelling. The ending of any movie often ends up coloring your overall evaluation of a movie. For this one, it should be a plus!

Don’t miss out on this one!

As I stated earlier, Every Time I Die is a movie that really grew on me. I was not crazy about the opening of the story, but that was mostly because I had just read about the plot on IMDb. So don’t do that!

If this warning comes too late, then just know that the plot described on IMDb (as of writing this anyway) is one big spoiler. The story it features doesn’t really happen until 15-20 minutes into the movie. Also, it almost manages to ruin the ending (or at the very least provide a huge clue).

This might also be why it has a rather low score of just 4.4 on IMDb right now, which is very unfair. It is so much better than this low score. Sure, the movie does require a bit of you since you will be in the dark for the first third of it. But after that, you will know exactly what is going on. I ended up really enjoying it so please, give it a chance.

Watch Every Time I Die on Netflix now!

Every Time I Die was directed and co-written by Robi Michael. This is the feature film debut as a director for Robi Michael who previously directed two short films along with a TV movie back in 1998.

The script was written with Gal Katzir who previously worked on both a short film, a documentary, and a feature film. Along with writing on Every Time I Die, Gal Katzir also edited the movie.

While this movie and I did get off on the wrong foot, I can’t really blame the movie in any way. The story turned out to be very interesting and exactly the kind of plot I can really get into. But yes, it does require a leap of faith from you; That you will end up getting the answers you’re looking for.

After Sam is murdered, his consciousness travels through the bodies of his friends to protect them from his killer. This dark journey leads Sam on a path of self-discovery to save his friends and find out why he is doomed to never let go of his life.