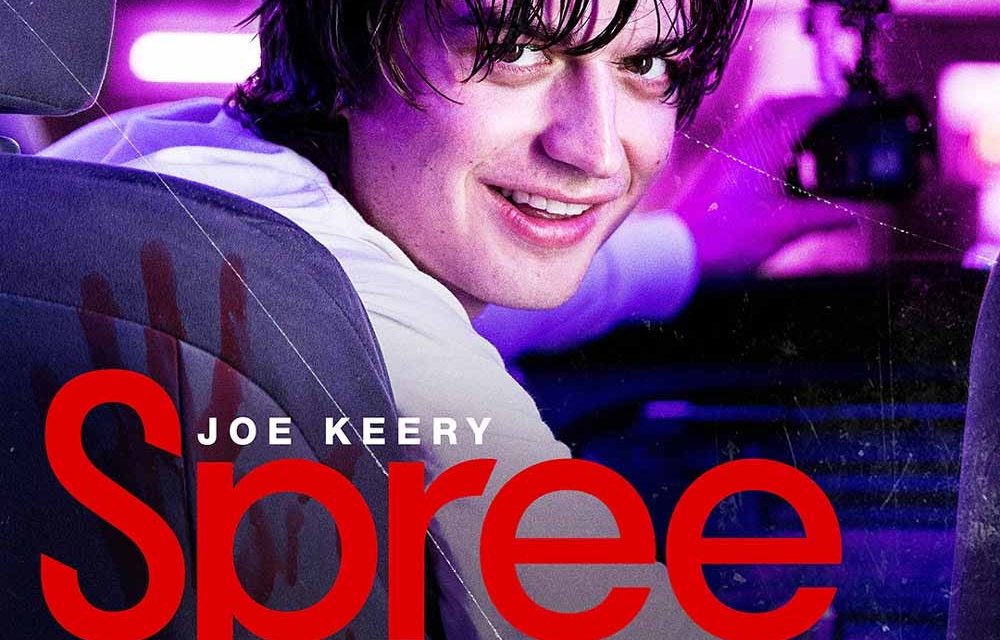 SPREE is a new serial killer movie starring Joe Kerry from Stranger Things. Both the concept and execution of this plot make it worth checking out. We’re in the horror, thriller, comedy genres. Read our full Spree movie review here!

SPREE is a new movie in the horror, thriller, and comedy genres. It’s a serial killer story and the killer gets through quite a lot of murders on his killing spree (hence the title). Also, there’s an extra edge to it all since he kills people to finally get noticed.

Joe Kerry from Stranger Things stars as the serial killer and he does an awesome job! He is both a total sweetheart geek and a ruthless killer. And he switches between these two “settings” within seconds.

Both the concept and execution of this plot are actually pretty brilliant. A geeky kid just wants to go viral but his social media efforts never seem to get much attention. Or any at all. We’re almost talking a Napoleon Dynamite kind of character.

Yes, Joe Kerry can be pretty damn geeky, but (unlike Napoleon Dynamite) he is also very kind and a total sweetheart. Well, up until he begins murdering people, obviously.

At first, though, he definitely chooses very carefully and you can understand why he feels the world will be better off without them. However, he is not doing this to help make the world a better place. No, he simply wants to go viral and finally make a name for himself.

It really is a grotesque story in many ways, which is definitely the point. This is highlighted by the fact that one version of the movie poster has the word “Spree” written in the Glee font across the forehead of a blood-splattered Joe Kerry. 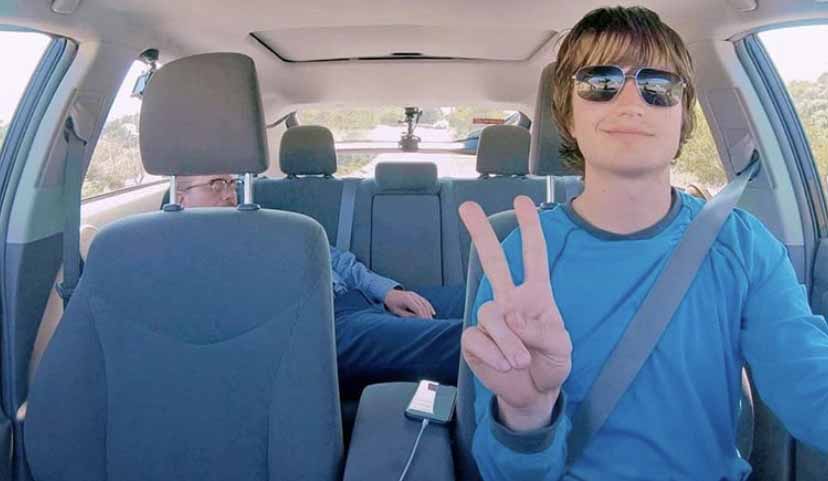 I wasn’t sure if Joe Kerry could carry a movie, but with Spree, he proves that he definitely can. Of course, he is actually sort of a geeky sweetheart in Stranger Things as well. But the character of Kurt Kunkle in Spree is nothing like that of the lovable Steve Harrington in Stranger Things.

Actually, I’m really happy that I got to see him in this because now I’m eagerly awaiting whatever comes next. Well, aside from season 4 of Stranger Things, obviously. Joe Kerry was also in the horror movie The Charnel House but that was only a small role.

Also in Spree, you get David Arquette as Kurt’s dad, Kris Kunkle. I don’t want to give away much about his character, but you get an idea of why Kurt has turned out this way. A great role for David Arquette. Mischa Barton (The OC, The Sixth Sense) also has a small supporting role and takes part in a very memorable scene!

Finally, the biggest character in Spree (other than Kurt himself, of course) is stand-up comedian Jessie Adams. She is portrayed with perfect timing and attitude by Sasheer Zamata (“Saturday Night Live”). She’s part of the plot in some way for most of the movie.

For both Joe Kerry and Sasheer Zamata, Spree should show viewers that they are capable of carrying feature films.

Watch Spree wherever you can!

Seriously, if you get the chance to watch Spree in a movie theater, then you should jump at that opportunity. However, if you can “only” watch it at home, then that’s definitely great too!

Here in the age of Corona, Spree is the perfect reminder that a pandemic is far from the only disease on the planet. The need for love and adoration of strangers via social media is definitely another. And honestly, the events in this movie do not seem exaggerated at all. Which is creepy as hell!

Director/co-writer Eugene Kotlyarenko has created something very unique with Spree and you don’t want to miss it. The other screenplay writer is Gene McHugh and this is his first writing credit. One hell of a way to begin.

The one real downfall of this movie is the fact that it’s a bit too long. It’s not much but just a ten-minute lull that drags some of the energy out of the movie. This is exactly where Shudder’s Host excelled. If you have a story that works perfectly for a one-hour runtime, then go with that and have a very happy audience.

Meet Kurt, from @KurtsWorld96 (Joe Keery). He dreams of sitting atop a social media empire, but for now he drives for the rideshare company Spree. Fortunately, Kurt has come up with the perfect way to go viral: #TheLesson. He’s decked out his car with cameras for a nonstop livestream full of killer entertainment – murdering his passengers. In the middle of all this madness, a stand-up comedian (Sasheer Zamata) with her own viral agenda crosses Kurt’s path and becomes the only hope to put an end to his misguided carnage.