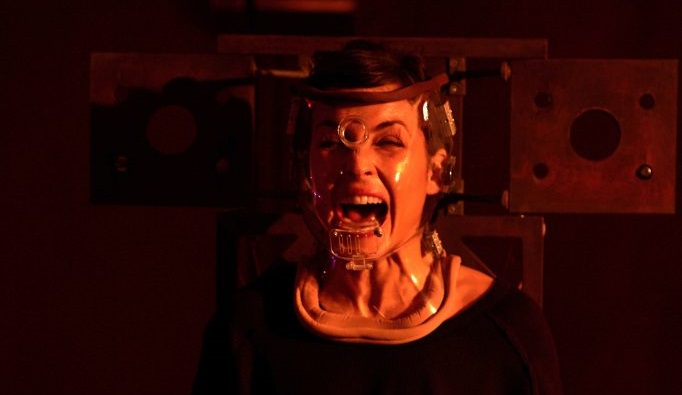 In Rupture, you’ll find out what happens if you manage to overcome extreme fears. You will – quite literally – evolve… 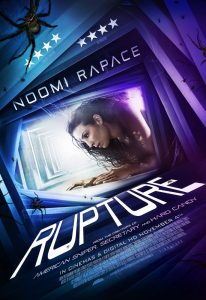 I’ve been looking forward to Rupture because I adore Noomi Rapace. I’ve just been extremely impressed with her work. All the way back from before she was Lisbeth Salander in the original The Girl with the Dragon Tattoo. Of course, that’s because she’s made a few Danish  and Swedish movies early in her career. Yes, sometimes we do get to notice these amazing talents first.

Anyway, as soon as I heard about the concept of Rupture and knew Noomi Rapace would be the star, I knew this would be a movie for me.

Noomi Rapace plays the role of Renee, whose focus in life is her son. She’s divorced and simply trying to make sure her son is happy and healthy. Basically, she’s a no-nonsense lady, except for the fact that she really doesn’t like spiders. When a spider shows up around the house, she screams bloody murder and her son comes to rescue her. And the spider gets rescued as well. Which I loved.

It just so happens that I’m not crazy about spiders either. But just like the character of Renee, I insist that the spiders are never killed. They simply need to be moved to wherever I am not! A wonderful detail, which tells us a lot about Renee. She may be afraid of spiders, but she is in no way aggressive.

Also, we know pretty much from the beginning that Renee is being watched constantly, so the kidnapping itself is no surprise. The story unfolding is meant to help both Renee and the audience find out why…

Or actually, you’ll know the score from watching the trailer. Renee however, is trying to work out why she’s been kidnapped.

The casting alone should tell you that the quality of Rupture is anything but low budget. We don’t get the expensive A-list cast, but we get the solid actors that you know and love. Fellow Swede, Peter Stormare (Clown) is one of the kidnappers. He doesn’t get much screentime, but he manages to leave a lasting impression all the same.

Also, we have Michael Chiklis (The Shield) and Kerry Bishé (Halt and Catch Fire) as two of the people conducting tests on Renee. Also, the enigmatic Ari Millen (Orphan Black) shows up for a few scenes as yet another kidnapper. actually, I’m not sure “kidnapper” is the correct term, but it’ll have to do for the purpose of this review.

Then again, they are holding their subjects against their will, so maybe it’s the perfect description.

While they are conducting various experiments, they don’t want to injure anyone. It’s not exactly comfortable, but it’s not meant to torture either. Well, obviously, if you have a phobia and someone makes you confront it again and again, then it is some form of torture. The goal, however, is not to “break” anyone, but rather to make them “rupture”. This is meant to help the kidnapped individuals evolve into something more than an ordinary human.

Leaves you wanting more – in the best way!

I don’t want to go into too many details about how the plot of Rupture turns out. But I will say that when it ended, I was ready to watch the sequel. There’s no need for a sequel per se, but I definitely felt like I wanted more of this story. All the characters are fascinating, which is – of course – with much credit due to the actors. They all did awesome jobs! Especially in making sure that any action or line, which could’ve been too kitsch, was dialed back enough to keep the tone of the story.

Rupture was directed by Steven Shainberg, who previously directed Secretary. Shainberg also worked on the script along with Brian Nelson, who has written some pretty amazing screenplays in the past. He wrote the amazing, and very creepy, Hard Candy (2005) starring Patrick Wilson and Ellen Page. Also, he wrote the script for horror movies 30 Days of Night (2007) and Devil (2010). All of which I think you should check out for various reasons!

This movie may be a bit of a slow-burner at first, but don’t worry, it definitely builds up to some crazy and scary scenes. Especially if you don’t like spiders!

Rupture has been playing at film festivals all over the world and was released in UK movie theaters on November 4, 2016. Also, it will be out on DVD, Blu-ray and VOD in UK on January 9, 2017, while US gets it on VOD from January 2, 2017.

A single mom tries to break free from a mysterious organization that has abducted her. 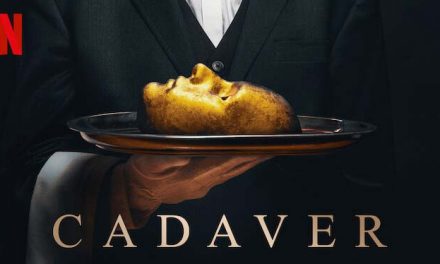 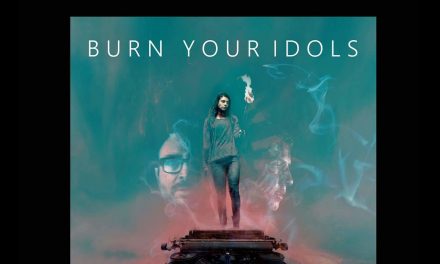 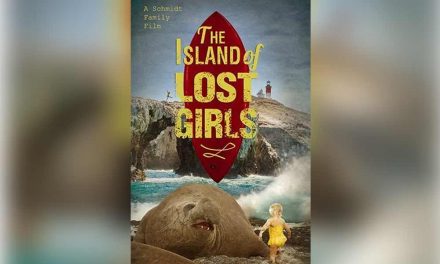 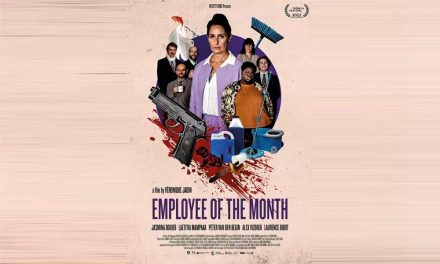 Employee of the month – Fantasia Review (3/5)