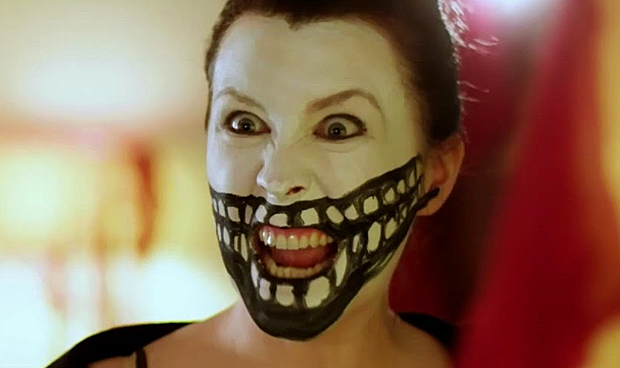 Prevenge is a dark horror-comedy of the best kind. At times you’ll want to look away, but you just have to see where it goes. I absolutely adore this movie! 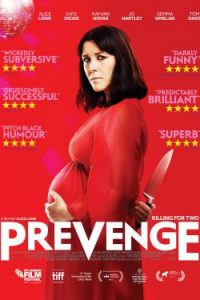 Alice Lowe wrote, directed and stars in Prevenge. And would you believe that she manages to do all these things to perfection? Well, she does!

Prevenge is a dark horror-comedy, so prepare to laugh at some really off-beat moments. Also, there’s blood and murder throughout the movie, so it’s definitely perfect for a horror-loving audience.

When the movie starts out, you need to get into the mindset of Ruth. She’s a pretty strange character in that she’s extremely direct and unapologetic. Yes, to a fault as well, but you don’t see that at first. Watching her is like witnessing an accident; You don’t really want to see what’s going on, but you just have to look.

Pretty early on, we discover that Ruth has a kill list of sorts. Ironically, Alice Lowe previously did a movie called Kill List. Though it really doesn’t bear any resemblance to this one. However, Ben Wheatley directed Kill List, and Alice Lowe went on to work with him again on Sightseers.

Lowe ended up getting her feature film screenwriter debut on Sightseers and she was off to a great start with that one. The tone is actually a bit reminiscent of this one, but the stories are very different.

Prevenge has an awesome supporting cast

One of the best things about Prevenge – other than Alice Lowe, obviously – is the amazing supporting characters. Many of them will die, but honestly, it’s not like you’re gonna find them very sympathetic anyway. Possibly because we see them through Ruth’s eyes, but still.

The most positive character is Ruth’s midwife. Okay, it’s not exactly love at first sight for Ruth, but she does listen to her. Or rather, she listens and then responds rather directly. You see, the rather special thing with Ruth is the fact that her pregnancy has given her a new outlook. A reason for just doing and saying whatever she wants, because she believes she’s just doing what the baby wants.

And the baby does have a tendency to ask mom to kill… a lot! 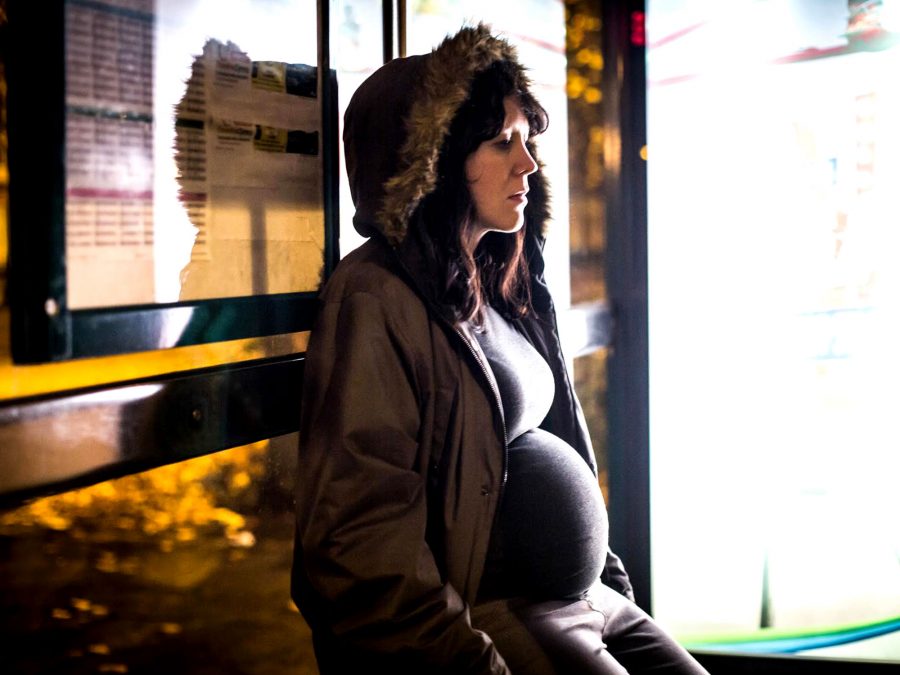 In any case, of course, great characters deserve an awesome cast, which this movie really delivers on. You’ll get to enjoy the brilliant Kate Dickie (The Witch, Game of Thrones), Gemma Whelan (Game of Thrones) and Jo hartley (Eddie the Eagle) to name just a few.

They all play very minor characters that we need to like – or not, as it’s more often the case – very quickly. It’s through these characters that our main protagonist gets closer to her final goal. And Ruth is exceptionally good at getting close to those on her kill list. There’s some true spy potential in this woman.

And honestly, as amazing as the supporting cast is, the super star of Prevenge is Alice Lowe. She’s the ultimate scene stealer and continues to win our sympathy as well. Which is pretty crazy! I mean, she is very brutally killing people, yet I kept hoping she wouldn’t get caught. I was just wrapped up in her warped world and didn’t really want it to end. 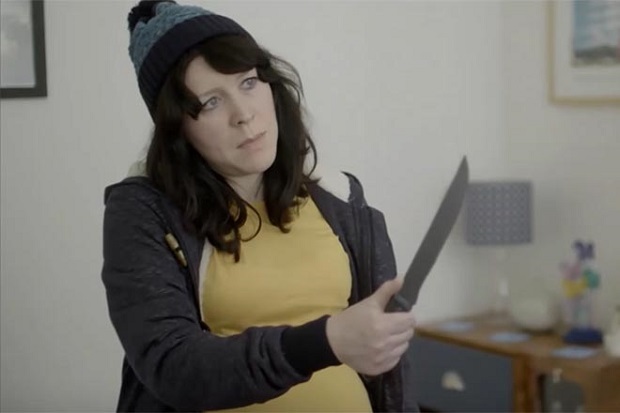 Alice Lowe is the perfect triple treat as the director, writer and star of Prevenge. Oh yeah, and she shot the movie in 10 days while being seven months pregnant. Just like the character she portrays.

This woman is a force of nature and while I wish her due time to enjoy motherhood, I cannot wait to see what she comes out with next. She’s definitely got a huge fan in me!

With Prevenge, Alice Lowe has given us an extremely impressive debut as feature film director. I can’t see any reason why she shouldn’t continue writing and directing movies in the future. And even if she doesn’t star in them, I would hate to miss her completely as an actor. Hopefully, we can get the full package in the future as well.

At 1 hour and 28 minutes, the runtime is perfect for a crisp and edgy horror-comedy. It leaves you wanting more, but in the best way possible! You do not want to miss this one, so make sure you watch it first chance you get.

Finally, Prevenge is available to a wider audience via VOD on Shudder exclusively, where it premiered March 24, 2017.

Widow Ruth is seven months pregnant when she embarks on a homicidal rampage. She believes her unborn baby is the one calling all the shots, feeling forced to act on its orders. And while she does have a kill list, she will also kill anyone who stands in her way.