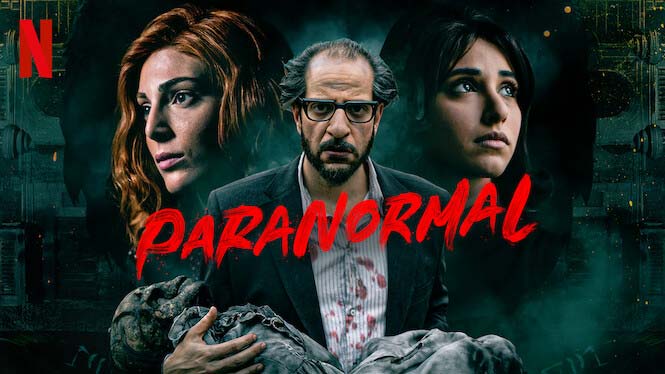 PARANORMAL is a new Netflix series from Egypt that surprises in all the right ways! Since it’s Egyptian, it should come as no surprise that it has a mummy at the heart of the story. Overall, this horror, fantasy, mystery series is simply brilliant. Read our Paranormal Season 1 review here!

PARANORMAL is a new Netflix horror series with elements of fantasy and mystery. The story plays out in Egypt but there is plenty of dialogue in English. One of the lead characters is from Scotland (and has that wonderful Scottish dialect) and the main protagonist studied in Edinburg.

Since this Netflix series is an Egyptian production, it does (of course!) include mummies. However, the characters and humor are what made us love this series from the very beginning!

Continue reading our Paranormal Season 1 review below. We’ve watched screeners for the first two episodes of Paranormal and cannot wait for the rest of season 1, which has a total of six episodes.

A life of Murphy’s Law

The one thing that immediately drew me to this Netflix series was the lead character. Actually, all the characters are pretty amazing in various ways, but we begin with the lead character. His name is Dr. Refaat Ismail and he has the most awesome use of sarcasm. Both out loud and as internal dialogue which we get to hear.

He also seems to be a quite bitter man even though he is nice to those around him. To be fair, he does introduce his life as being one long list of events that prove Murphy’s Law is very real. He does tend to have extremely bad luck in all kinds of ways. From coffee cups tipping over to the power cutting out. It’s everything with Refaat.

And yet, he is also the one that will make you chuckle – if not outright laugh – when he comments on things. Often very dryly and matter-of-fact in the most honest ways. For example, why would you burn off incense to ward off ghosts? “Do they have asthma?” he wonders out loud at this practice. 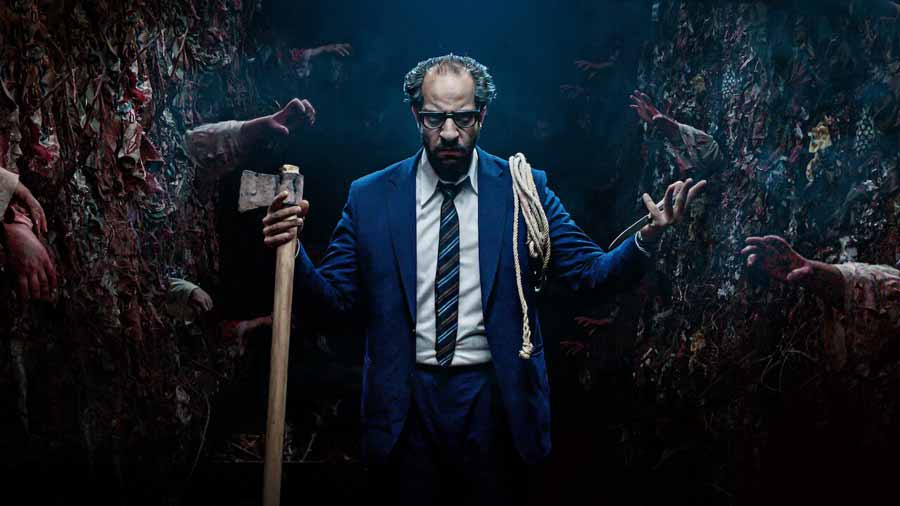 The cast of Paranormal

Dr. Refaat Ismail is portrayed by Ahmed Amin, who I don’t believe I’ve watched in anything before. However, he is truly brilliant as this character and carries the Netflix series on his very capable shoulders. The character looks so boring but has so much heart (and bitter sarcasm in a very entertaining way) that you can’t help but root for him early on.

Also playing a vital role in Paranormal is Razane Jammal, who you might recognize. Razane Jammal is British-Lebanese and has been working as a model for years but is also an actress. She was in the mini-series Carlos that starred Edgar Ramirez (currently in HBO’s The Undoing) as Carlos the Jackal.

Honestly, it doesn’t matter if you know any of these actors. The story plays out over several decades (all before 1980) so they already look very different in most ways. Also, the characters are so interesting, that you’ll focus on getting to know them without thinking about the actors.

For the record, I adored every single one of the actors in this Netflix series. They all portray characters with heart, guts, humor, and so much integrity that they should be a hit with all viewers.

This is the first original Netflix series from Egypt and it’s a collaboration that is off to an amazing start. The series is adapted from the best-selling novels written by the late Ahmed Khaled Tawfik, who is recognized as the first contemporary horror and science fiction writer in the Arabic speaking world. He also did the Arabic translation of the book Fight Club.

And yes, watching this Netflix production definitely made me want to check out the books. That is always a good sign!

Season 1 of Paranormal has six episodes all around the one-hour mark. If you enjoy series such as Mike Flanagan’s The Haunting of Bly Manor (and Hill House prior to that, of course), then you should really check out this new Netflix series. Please don’t let the fact that this is Egyptian stop you.

Just like the South Korean Netflix series Kingdom is a zombie period piece that managed to resonate with worldwide audiences, the same should be the case with Paranormal.

While this is one coherent series, it does play out like an anthology in many ways. The characters are confronted with many different supernatural events that are linked in various ways. Also, it plays out in Egypt which means you’ll get pyramids and, yes, you’ll see a mummy from the first episode. Do yourself a favor and check out this Egyptian genre series on Netflix!

Set in Egypt, Paranormal sees Dr. Refaat Ismail, plunged into a series of supernatural events as he attempts to unravel the mysteries behind each unique and unusual case.