OLD is the new thriller from iconic filmmaker M. Night Shyamalan. It features a supernatural plot and lots of familiar actors. Unfortunately, the experience overall isn’t all that great. Especially due to strange performances in some cases. Read our spoiler-free Old review here!

OLD is the new M. Night Shyamalan thriller that yet again features supernatural elements. The actual concept and premise of this film work well for me. The way some of the actors have been instructed to deliver their character portrayals is a different subject. I have no idea why two of the main characters have been instructed to deliver their lines in such a flat way.

It’s a strange experience when it’s the strange performances and not the supernatural elements that break the illusion. Overall, I love the idea of rapid aging as a horror plot driver. And no, this isn’t a spoiler since both the official plot and trailer reveals this. And we will avoid spoilers for this review. You really should experience the story first-hand without too much prior input.

When Old opens, it didn’t take long for the cringe-worthy moments to arrive. The lines just fall so flat and off that you’re left wondering why this is. Actually, I feel like I have experienced this before with Shyamalan’s The Happening. I like Zooey Deschanel but she seems so weird in that movie.

And yes, there was a point to it but it is too distracting until you get to that point. And that’s a problem!

The same is the case with Old which has a strong concept and plot, but distracting performances initially. I really wanted to like this movie and have been rather excited about it. However, I have to admit that I feel like it failed in a few too many ways. Overall, you will get most of the answers, you need. Still, you need to really pay attention. Things move fast (in every way).

Maybe this story would have been better suited as a TV series production like Lost or M. Night Shyamalan’s own Servant.

Fortunately, there are many exceptions to the strange acting choices. These especially apply to the child actors who are really good. Especially when we get to the physically older versions where their minds haven’t quite caught up. Actors like Alex Wolff (Hereditary), Eliza Scanlen (The Devil All the Time), and Thomasin McKenzie (Jojo Rabbit) work remarkably well.

Also, Embeth Davidtz plays the adult version of one of the children. To many, she will probably be recognized as “Sheila” from Army of Darkness (1992).

In fact, the main issue of the strange character portrayals has to do with the main married couple. They are portrayed by Gael García Bernal (The Motorcycle Diaries) and Vicky Krieps (The Girl in the Spider’s Web). They’ve clearly been directed to act this way, so I am in no way blaming them. It does get better and I know it has a point, but it breaks the illusion at first.

Two other people at the beach of extreme aging, are portrayed by Rufus Sewell (The Man in the High Castle) and Abbey Lee (Lovecraft Country). Both work really well for me. The latter also gets a bit grotesque at times, but it works much better. Also, the last scene she’s in (no comment on when this is) is one of the strongest and scariest in the entire Old movie!

Finally, I should mention that Francesca Eastwood (M.F.A.) plays a small key role. As does M. Night Shyamalan himself, of course. This time around, the character is still small in terms of screen time but does play an important part. This is usually the case.

M. Night Shyamalan is the director and writer behind this movie. However, Old is based on the graphic novel “Sandcastle”  by Pierre-Oscar Lévy and Frederick Peeters. As already stated, I really liked the plot and premise of this movie. Too many things just feel strangely rushed.

For one, there are too many scenes where you hear a character talking while it’s obvious that the person is not moving their mouth. Maybe this is added dialogue to help make something clear, but it’s distracting. Again, something that pulls away from the story and breaks the illusion.

For me, there was a good chunk of time during the middle of Old, where everything worked very well for me. A lot is happening and it’s quite scary and chaotic. However, this is exactly where Shyamalan shines as both a writer and director. The beginning of the movie isn’t that strong and the ending could have been stronger.

Ultimately, we’re electing to drag this rating up to a tiny 3 out of 5. Both for the overall concept and for the character portrayals that worked well.

This summer, Shyamalan unveils a chilling, mysterious new thriller about a family on a tropical holiday who discover that the secluded beach where they are relaxing for a few hours is somehow causing them to age rapidly … reducing their entire lives into a single day. 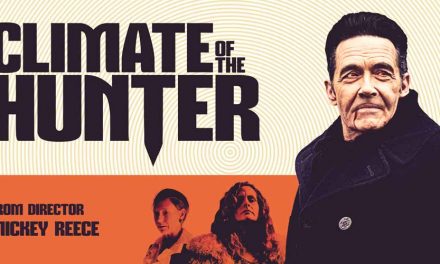 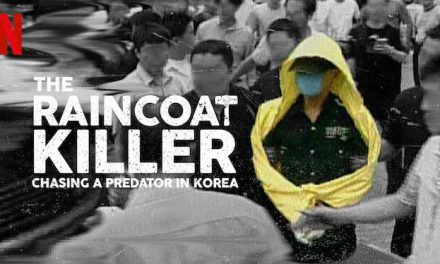 The Raincoat Killer: Chasing a Predator in Korea – Netflix Review 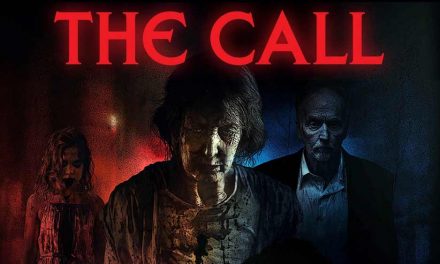 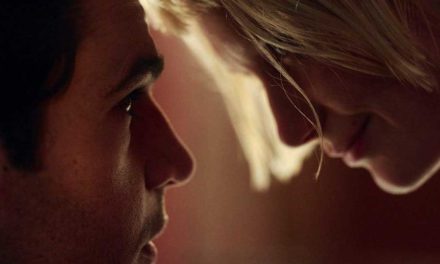