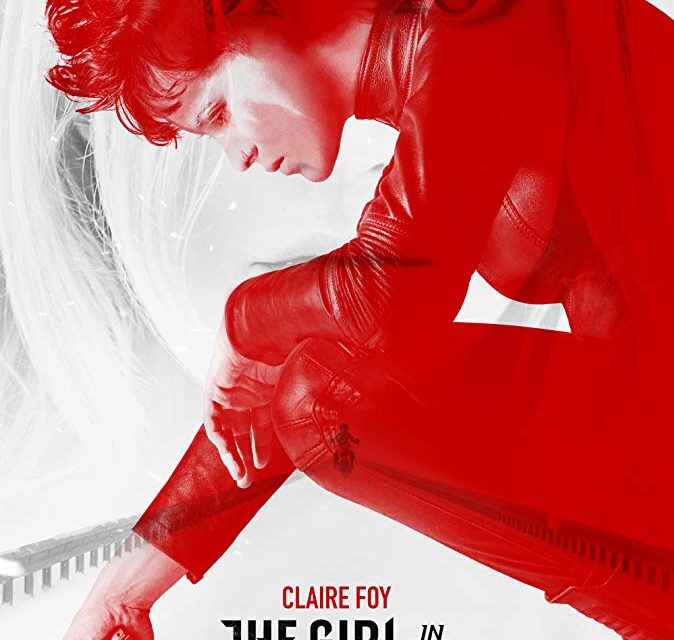 The Girl in the Spider’s Web stars Claire Foy as Lisbeth Salander. Sadly, this story is more like a weak action movie than an intense thriller. Luckily, director Fede Alvarez does deliver awesome visual action.

The Girl in the Spider’s Web. Or is she? Spoiler: Not really!

This movie is based on the fourth book, which came after the Millinium trilogy by Stieg Larsson. Unfortunately, he passed away before writing more books, so the fourth book was not written by him.

I haven’t read it myself, which is purely on principle since I do love the Lisbeth Salander character. However, Stieg Larsson’s (estranged!) heirs sold the rights for someone else to continue the story. Especially sad (for us) since Larsson’s girlfriend – who helped create the trilogy – had an almost complete fourth book ready.

Basically, The Girl in the Spider’s Web really doesn’t show the Lisbeth Salander we know.

Unlike previous movies in the franchise, Lisbeth Salander is finally the lead character. In the past, she’s mostly been an all-important supporting character.

Also, as most people know by now, Claire Foy portrays the Swedish hacker this time around. That makes her the third actress to breathe life into the character of Lisbeth Salander.

In the three original Scandinavian made movies, Noomi Rapace portrayed Lisbeth. And I will gladly admit, that Noomi Rapace will forever be the “real” Lisbeth Salander to me.

When the US remake of the first book, The Girl with the Dragon Tattoo, was made by David Fincher, we saw Rooney Mara as Lisbeth Salander. Now we’ve skipped directly to the fourth book (which is a damn shame) and it’s Claire Foy’s turn to speak English with a Swedish accent.

Admittedly, I am not impressed. I do really like Claire Foy, but the character of Lisbeth Salander is a pale version of the Lisbeth, I know. 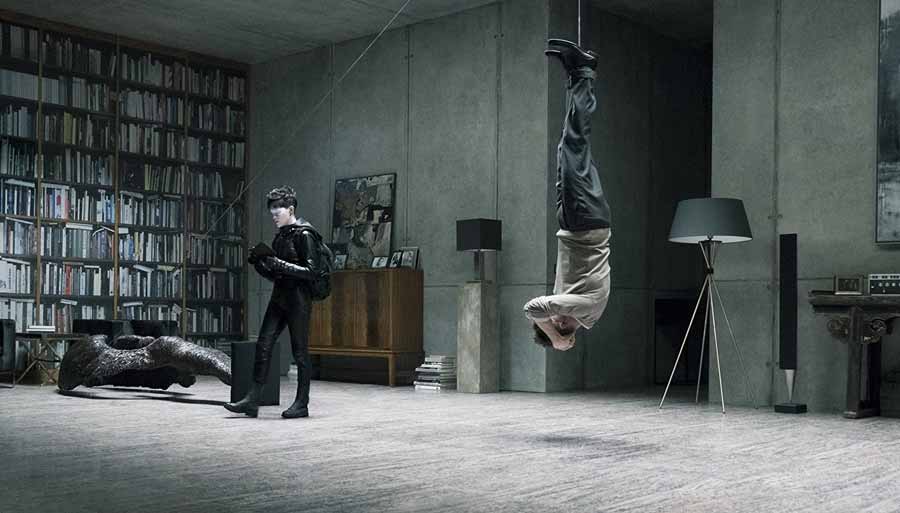 The very strange haircut alone is enough to throw me off. At first, she has a poor attempt of an “edgy” bowl cut. But then when the final battle is about to begin, she’s done her hair up in a froofy faux hawk.

For f**k’s sake, this is hardly the Lisbeth Salander created by Stieg Larsson.

First of all, it’s already very tired seeing “strong women” with this generic bowl cut. We saw it just last year in Alien: Covenant, where they tried to create a new Ellen Ripley – and failed!

And then when that weird faux hawk made its appearance, I could only think of one thing; This must be what a very normal suburban mom would look like if she dressed up as Lisbeth Salander for Halloween.

Does hair really matter so much? Well, no, it really shouldn’t. But when it becomes some strange caricature of something we’ve seen before, then it distracts from everything else. And that damn well does matter!

You really will not encounter many interesting characters in The Girl in the Spider’s Web. Most of them are so grotesquely stereotypical that you really couldn’t care less about them. They simply don’t come across as real.

I mean, what is Vicki Krieps from the amazing Phantom Tread doing in the role of Erika Berger? The character was originally great and Robin Wright played her in David Fincher’s remake, where she had a purpose. But in this movie, she is completely irrelevant. It’s genuinely sad – both for the character of Erika Berger and Vicki Krieps!

However, Cameron Britton does manage to create an interesting and engaging portrayal of Lisbeth’s hacker-friend, Plague. You may find him familiar if you’ve watched the Netflix series Mindhunter. He portrayed Edmund Kemper in season 1.

Also, we get Sylvia Hoeks (Blade Runner 2049) in an almost unrecognizable turn as Camilla Salander [Lisbeth’s twin sister]. She does get a bit more to work with since we actually get some backstory.

Then there’s Lakeith Stanfield (Get Out) as an NSA agent. He manages to breathe some life into an insanely stereotypical character, who’s part hacker and part patriot agent. And quite possibly the best sniper ever. It’s all very strange!

Finally, we have the Scandinavian “guest stars”. Danish Claes Bang (The Square) is the preferred hitman of Camilla Salander. Again, we get absolutely no backstory and can’t really care about it either way. And Synnøve Macody Lund portrays a character that is halfway fascinating but also a huge mess.

Only thanks to Synnøve Macody Lund does this character manage to get a bit under your skin.

Disclaimer: I do know Swenglish is when Swedish people mix English into their language. But it gets the point across.

Also, I will never understand (or like) these weird hybrid versions of English language remakes. Fine, you want to speak English, but why the hell insist on doing it with a Swedish accent. As if this somehow makes it more “authentic”.

First of all, they always end up with a cacophony of accents and dialects, which ruin any chance of something “real”. Secondly, it’s so damn distracting. At least it’s not quite as bad as The Snowman – mostly because that movie set the bar very low.

My point is simply, that filmmakers should respect the origin of the story, but move the damn story to an English speaking country if they want to do it in English.

Just as they’ve done with some of the Japanese horror movie remakes such as The Ring. Otherwise, you end up with Matt Damon in The Wall and nobody really wants to (or should) see that!

While I never read The Girl in the Spider’s Web (and have no intention of doing so), I was pleased when it was announced that Fede Alvarez would direct the adaption. However, you won’t really notice that a horror director is in charge.

It’s much more like one of the James Bond or Mission Impossible movies that you don’t want to watch again.

This is only the third movie by Fede Alvarez. But when his two first movies was a very decent Evil Dead reboot and the very successful Don’t Breathe, then we expected more.

The main problem with The Girl in the Spider’s Web is that the story is bad. I mean really bad with characters that are all cardboard versions of actual characters. The actors all fight to create something real, but that simply isn’t possible.

The Girl in the Spider’s Web is a very disappointing movie if you love the character of Lisbeth Salander. However, if you just want to watch an action movie with thriller elements, then it does the trick. And of course, Fede Alvarez does manage to create a stunning visual style.

The Girl in the Spider’s Web will be out in US theaters on November 9, 2018.
It’s already out in many (if not most) other countries in the world now. 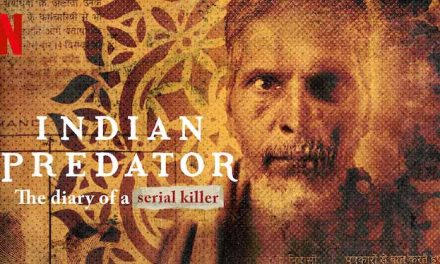 Indian Predator: The Diary of a Serial Killer – Netflix Review 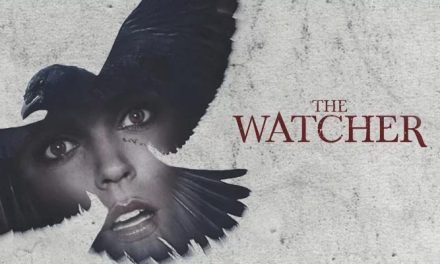 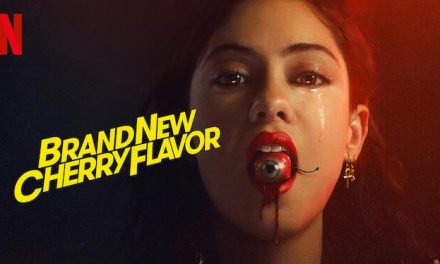 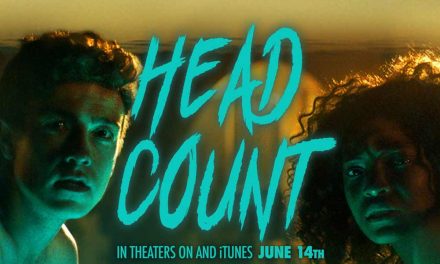