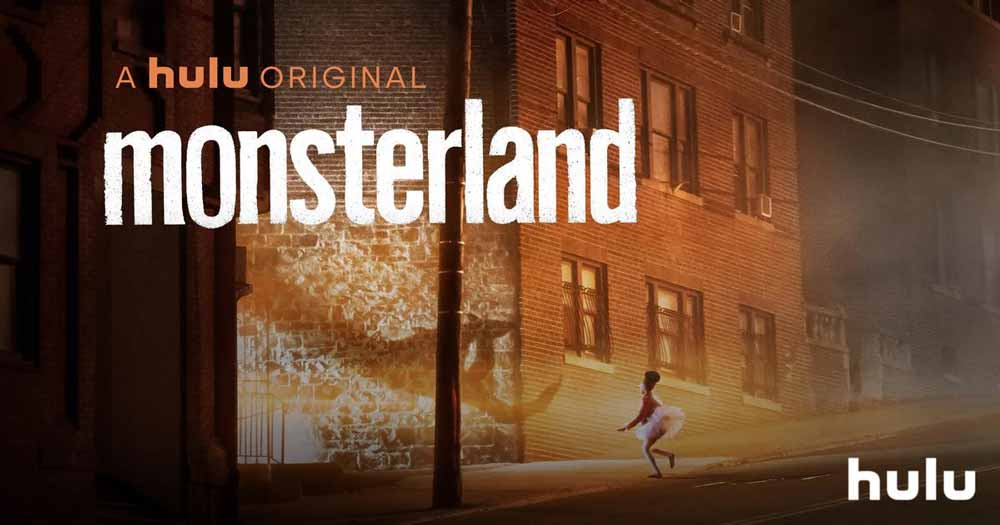 MONSTERLAND is a new Hulu horror anthology series. Each episode is a separate story but they do intertwine in various ways. You’ll encounter supernatural elements, but more often than not, the real monster is very human. Read our Monsterland season 1 review here!

MONSTERLAND is a new Hulu series out now. It’s a horror anthology with elements of drama and fantasy. As a rule, the stories are told both directly and using a lot of metaphors and symbolism. This will no doubt leave many viewers with lots of questions if they’re only “half-watching” the episodes.

This is the kind of storytelling that requires your full attention, so don’t bother watching if you can’t commit to actually paying attention. If you do, it will probably be a waste of time. This Hulu anthology has eight episodes in its first season and you’ll no doubt find favorites among this very diverse selection of horror tales.

Continue reading our Monsterland season 1 review below and check out the series on Hulu.

Who is the monster?

While each episode in this Hulu horror anthology has a separate story, the episodes do intertwine in various small ways. This is very common for anthologies and works extremely well in this series. Also, this does mean you should watch season 1 from beginning to end. Otherwise, you’ll miss how the episodes are connected.

If you’ve checked out this series already and liked it, then you should definitely check out Books of Blood on Hulu as well. It’s a horror anthology movie based on Clive Barker stories, so you should expect lots of blood and body horror.

Do check out: Our review of Hulu’s horror anthology movie Books of Blood here >

Throughout the episodes in Monsterland, you will encounter supernatural elements. However, as it’s often the case in supernatural and sci-fi based horror stories, the real monster is usually very human. Not always though, so don’t feel too comfortable with that little nugget of information.

Be warned though, most episodes are creepy on a deeper level than the traditional “monster” you might expect. In that sense, I’m afraid the title might attract viewers expecting something else. And also keep some viewers away though they would probably love this Hulu series. 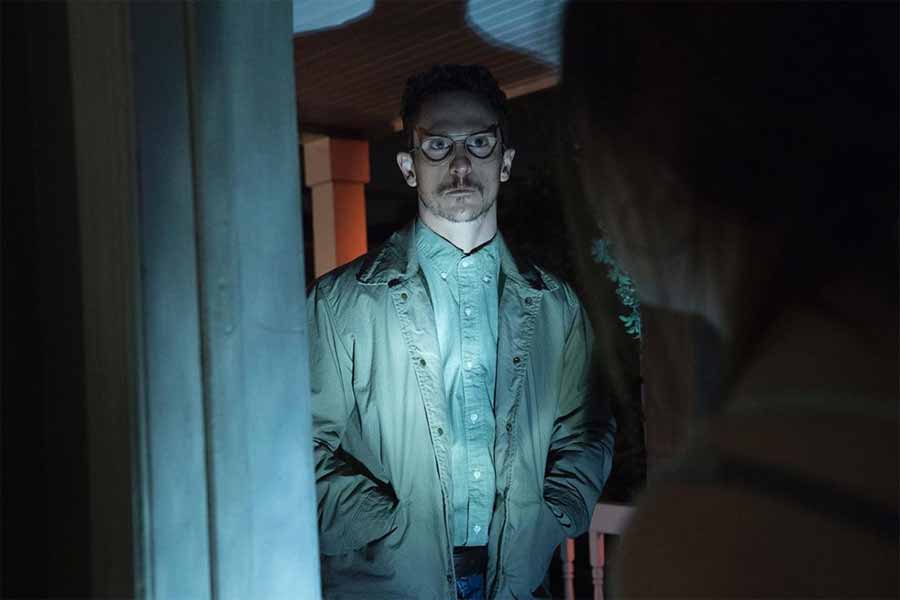 Brilliant casting in every episode

The casting of Monsterland is extremely impressive. Some big names and beloved actors seem to be leading the cast in every single episode. Obviously, this might encourage some people to jump straight to the episode with their favorite actor. Still, I would highly encourage you not to. You will miss out on tidbits or backstories if you don’t watch it chronologically.

Also, you should notice that each episode is named after the city and state where the story plays out. However, since people can (and do) move around a lot, characters from one episode can easily be part of another episode as well. Plus, news travel across state lines and some pretty damn newsworthy events do tend to happen in these episodes.

From episode 1, you’ll see Kaitlyn Dever (Unbelievable, Booksmart) deliver a brilliant portrayal of a young woman truly struggling to keep everything together. And you’ll also see Jonathan Tucker (The Ruins) as a serial killer who is a very different kind of killer. You’ll see!

This first episode is a strong way to introduce the Monsterland horror anthology and should keep you watching.

No, I’m not about to do a whole Monsterland ending explained for various episodes. The headline is definitely misleading in that sense. What I’m hoping to accomplish is to encourage you to really pay attention and accept that you should let your imagination roam while watching Monsterland.

For example, episode 2 (titled “Eugene, Oregon”) features a young man who has his group of friends online. The episode is essentially about being radicalized online and we see these people being together in the boy’s bedroom. Clearly, they are not actually together. Instead, they are merely shown together to visually show the sense of togetherness and friendship evolving.

The same thing goes for several other storylines; What you see is often symbolic of something else. No, it’s not artsy or weird but simply a way of making it interesting.

Having said that, I do not think it’s done very elegantly with episode 2 of Monsterland. At first, it works pretty well to illustrate that the people talking online feel like they’re together. However, some things take place that breaks this illusion which will no doubt confuse viewers. And with good reason in that instance.

Just know that in the “Eugene, Oregon” episode, the boy Nick (played impressively by Charlie Tahan of Ozark) never actually meets his online friends in real life. And that’s all the “ending explained” we’ll be doing for Monsterland. So far, anyway.

Each episode of Monsterland has a new director, which means eight directors have been part of creating season 1. The directors are Nicolas Pesce (who directed one and co-directed another), Desiree Akhavan, Babak Anvari, Eagle Egilsson, Logan Kibens,
Craig William Macneill, Kevin Phillips, and Anne Sewitsky.

Some of those names should be familiar, though I wouldn’t expect you to recognize them all. However, Nicolas Pesce directed the amazing Pierced (2018) along with the reboot of The Grudge (2020). Babak Anvari directed the award-winning horror-drama Under the Shadow and more recently the Hulu & Netflix co-production Wounds (2019).

Kevin Phillips directed Super Dark Times (2017) while Anne Sewitsky directed both Black Mirror and Castle Rock episodes. Desiree Akhavan directed The Miseducation of Cameron Post which is a different kind of scary movie. However, genre fans will probably recognize her as the lead character in Creep 2 (2017).

Hopefully, all the above title-dropping will give you the obvious indication that we’re dealing with high-quality filmmakers. This is also very clear when watching the episodes in this anthology. If you enjoy horror anthologies that go a step deeper storywise, then Monsterland should hit the sweet spot for you.

Hulu released all eight episodes of Monsterland season 1 on October 2, 2020.

Encounters with mermaids, fallen angels, and other strange beasts drive broken people to desperate acts in Monsterland, an anthology series based on the collection of stories from Nathan Ballingrud’s “North American Lake Monsters”.