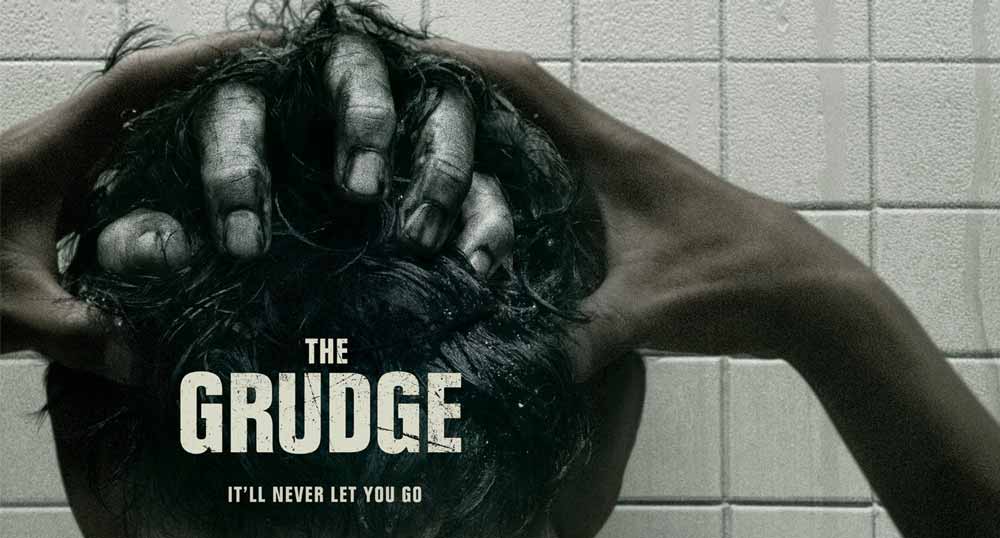 THE GRUDGE (2020) is a new horror movie in a well-known franchise. It’s not a remake but you can easily call it a reboot. The actual story plays out around the time of the 2004 movie. That one was a remake of the original Japanese horror movie. Read our 2020 The Grudge review here!

The Grudge is back in 2020 with a new story. This franchise is one of the original Japanese horror movie franchises along with The Ring. While The Ring had the Japanese title of Ringu, this other franchise was based on the movie Ju-on from 2002.

The 2004 first remake of The Grudge starred Sarah Michelle Gellar and was directed by the director of the original Ju-on movie, Takashi Shimizu. For this 2020 reboot of the franchise, a new director has come on board. However, both the original director and the American producer, horror master Sam Raimi, have stayed on as producers.

Did we really need a reboot? Well, maybe not, but Lin Shaye is in this one and that’s always more than enough reason to watch a horror movie. Continue reading our full The Grudge 2020 review below.

A Japanese horror story in the USA

Personally, I preferred the US remake of Ju-on as opposed to the original. Not in terms of style, but simply due to the storytelling. Honestly, that isn’t really something I experience often. However, when it comes to Japanese horror movies specifically, the US remakes can often offer more insight into the symbolism of the movie.

It should be said, that while we adore horror movies from South Korea here at Heaven of Horror, the Japanese horror films have never been our favorites. We’re simply not fans of the black-and-white ghost ladies with long black hair. It doesn’t really work very well for me as a scare tactic.

Then again, I can appreciate the core stories which is what this 2020 The Grudge reboot is all about. Also, whereas the 2004 remake was still set in Tokyo, this new reboot is set in the US. Still, it does tie directly into the story of the 2004 movie, so having watched it is a plus. However, we rewatched the 2004 movie before screening this one and it doesn’t offer much-added insight.

Basically, if you haven’t watched the first remake, then don’t worry about it. Also, if you didn’t like the other movies in the franchise, then you should not expect to enjoy this one. It’s simply more of the same and if you don’t like the style of these movies then it will probably feel spoof-like at times. 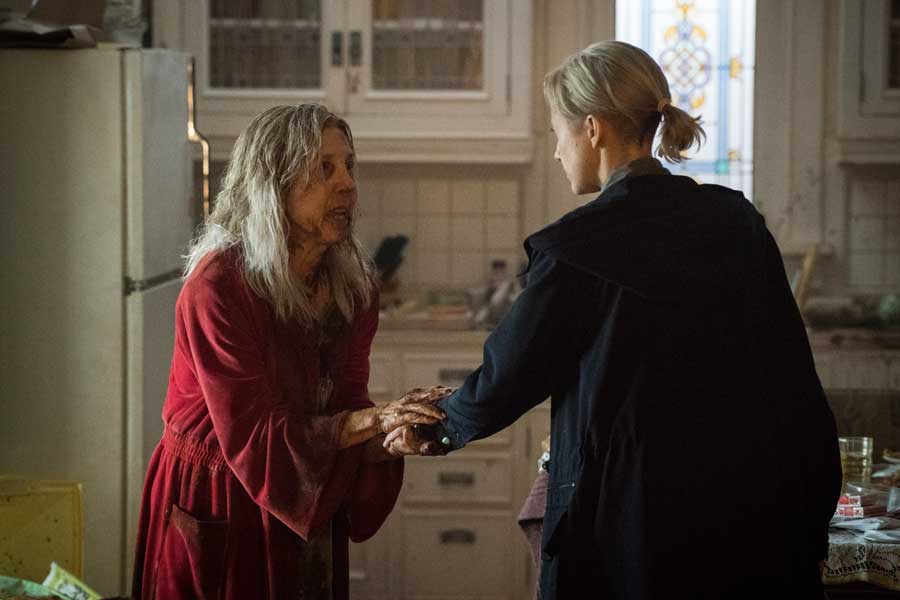 Watch it for her!

Really, the main reason to watch The Grudge in its 2020 version is due to the cast. Specifically, you should watch it for Lin Shaye. Yes, we do adore Lin Shaye and we are always singing her praises, but that’s because she always deserves it. Also, her character is so wonderfully crazy, creepy and heartbreaking in this movie.

Lin Shaye is, of course, one of the key actors from the Insidious franchise from James Wan. The most recent movie in the franchise was actually the origin story of her character. Also, she was in a horror movie in 2019 which should earn her all the awards – and has already resulted in some nominations. It’s called Room for Rent and is as uncomfortable as it is brilliant.

Also read: Our review of Room for Rent here >

Lin Shaye is just one of many actors in The Grudge since the movie consists of many different stories interlinking. However, if you need a reason to watch it then just watch it for her! She’s also a pretty big part of the trailers for this movie since she is so damn brilliant in it.

The Grudge in theaters in 2020

The new director and screenwriter for The Grudge in this 2020 reboot is Nicolas Pesce. If you’re not yet familiar with him, then you probably will be. Also, you should really check out his 2018 movie Piercing which is all kinds of sick and twisted storytelling.

Don’t miss: Our review of Piercing by Nicolas Pesce here >

The story for this new movie in the franchise was devised by Nicolas Pesce and Jeff Buhler. Jeff Buhler is a name we’ve come across quite often in many horror movies in recent years. He wrote the Jacob’s Ladder remake which isn’t good, but it is on Netflix now (read our Jacob’s Ladder 2019 review here). Also, he wrote the Pet Sematary remake which came out last year.

With its release here at the very beginning of 2020, The Grudge is almost opening the decade for horror movies. I don’t think this movie will be a good experience for anyone who wasn’t a fan of the original. However, if you did love the original (both the first Japanese and US movies), then you should love this for nostalgic reasons and the acting!

“A single mother and young detective, Muldoon (Riseborough), discovers that a suburban house is cursed by a vengeful ghost that dooms those who enter it with a violent death. Now, she runs to save herself and her son from demonic spirits from the cursed house in her neighborhood.”