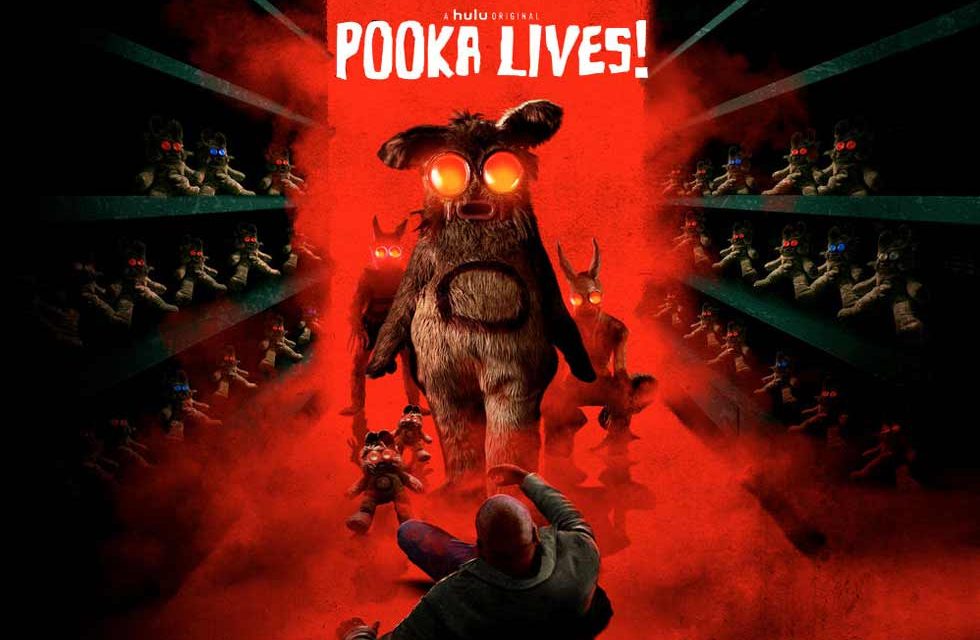 Pooka Lives! brings life to Hulu’s Into the Dark series with its first installment of a sequel. Sometimes sequels don’t work. Sometimes they do. Read the full Pooka Lives review here and check it out on Hulu!

Pooka Lives! is the first sequel in Hulu’s Into the Dark horror anthology series. We all know that sequels don’t always work. Then again, sometimes they do.

“The entire horror genre was destroyed by sequels.”

This line, my favorite from Scream 2, conveys the brilliance of the tongue-in-cheek, self-aware franchise. But it is mostly true.

Naturally, I was reluctant to watch Pooka Lives!, a sequel to Pooka!, and the most recent installment in Hulu’s Into the Dark series. Thankfully, I was not disappointed. Continue reading my review below.

Pooka gets creepier in Pooka Lives!

To briefly recap, Pooka! tells the story of Wilson, recently hired to don a Pooka-doll costume to promote the doll’s sales. The world’s best-selling toy, the Pooka doll “knows” if its owner is naughty or nice. But the promotional costume begins affecting Wilson in an unanticipated way, such that the viewer is left to wonder, is his descent into madness because of the doll… or himself?

Pooka Lives! (in which the only connection to Pooka! is the doll) opens with the creator of the Pooka doll, Ellie Burgess (Rachel Bloom, My Crazy Ex-Girlfriend), killing her husband (Wil Wheaton, Star Trek: TNG) and then herself, all while wearing a Pooka mask.

Fast forward one year, we meet our protagonist, Derrick (Malcolm Barrett), who has become an internet pariah for publishing (what seems to be) unflattering biographies of social media influencers.

Starting his new job as a copywriter for the manufacturer of the Pooka doll, Derrick, with the help of his friends, aims to “punk” these influencers (and their followers) by posting a Creepypasta-type story describing a “Pooka Challenge,” in which Pooka will kill those challenge-takers who Pooka deems naughty.

However, what Derrick hoped would be a casual internet prank (i.e., posting a video of oneself eating ash while dancing in a Pooka mask) becomes much more viral. And sinister. 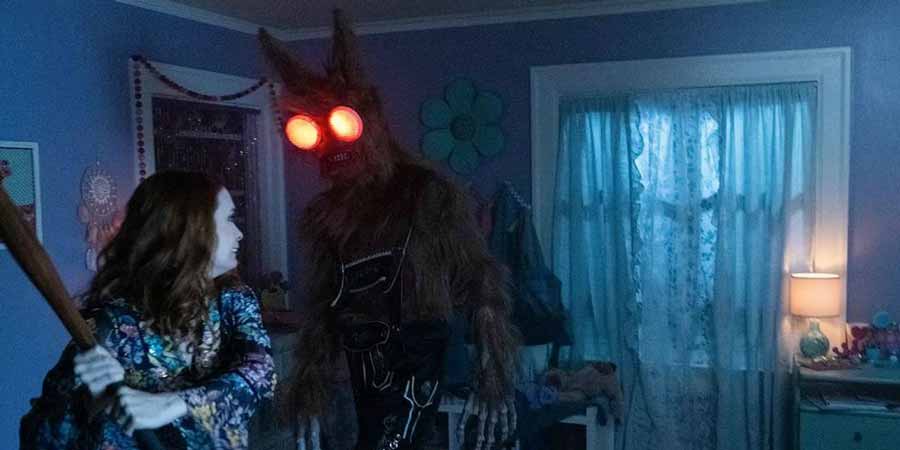 Pooka Lives!, much like Pooka!, is good but not great. In contrast to its predecessor, this sequel was refreshingly quirkier and lighter. This was exceptionally captured by the casting of Felicia Day (Supernatural, Buffy the Vampire Slayer, The Guild, Mystery Science Theater 3000), who plays Derrick’s friend, Molly.

Sadly, Pooka Lives! could not decide whether it wanted to be a traditional slasher or a horror-comedy, an indecision which significantly weakened its quality. In doing so, the quality of the screenplay left much to be desired.

In contrast to Day’s excellence (despite a script which undercut her talent), Barrett’s performance was lacking and tiresome, failing to inspire the viewer to rally behind his character.

A recent review of this episode on DECIDER indicated that Pooka Lives! is a cross between Donnie Darko and Child’s Play. However, this comparison elevates this Into the Dark episode to a quality that it did not (and could not) achieve.

From both a quality and conceptual perspective, Pooka Lives! is more accurately a joinder of Candyman and Ghostbusters 2: While Pooka! probes an individual’s damaged mind, this sequel cleverly explores a damaged society, one that is obsessed with virality, social media, and claiming “the next best thing.”

Pooka Lives!’s ability to not only tell a relatively independent story, but also to leave the viewer wondering whether Pooka Lives! is what Pooka! should have been, is laudable. It is fun, comedic (albeit not enough), and only 80 minutes long. And can be appreciated without having seen Pooka!

Felicia Day said in a recent interview, “I think the vibe of this one is perfect. It’s a bunch of people on a crazy adventure, and… it doesn’t take itself too seriously.”

And, what do you know, a horror sequel worth watching.

Into the Dark: Pooka Lives! is out on Hulu now!

A group of thirty-something friends from high school create their own Creepypasta about Pooka for laughs. However, they are shocked when it becomes so viral on the Internet that it actually manifests more murderous versions of the creature.