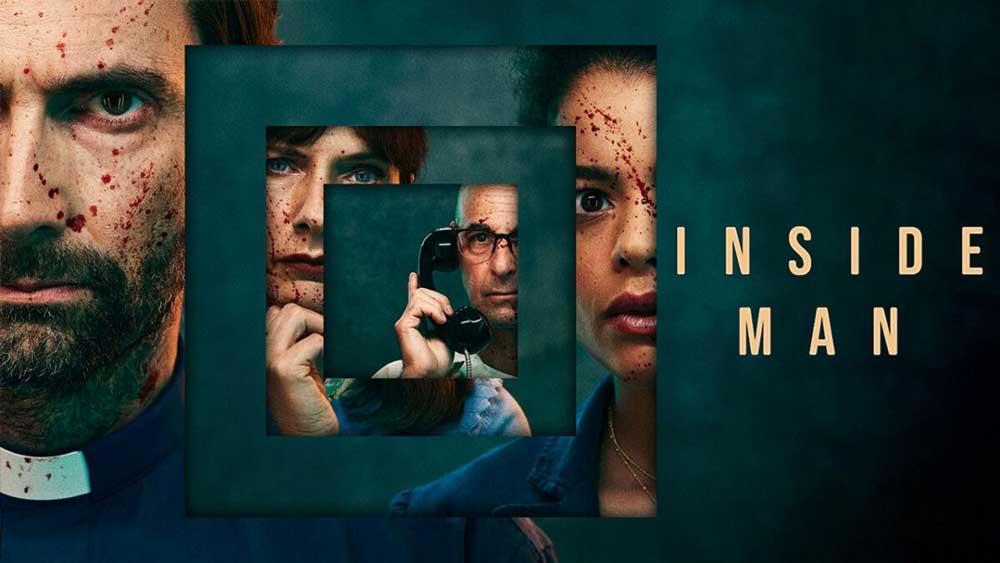 INSIDE MAN on Netflix is a new Crime Thriller mini-series with just four episodes. Created by Steven Moffat and featuring the most amazing cast. The plot has the most intense storyline. Read our full Inside Man series review here!

INSIDE MAN is a new Netflix mini-series co-produced with BBC and created by the award-winning writer Steven Moffat (Doctor Who, Sherlock). Of course, this also means the cast is full of amazing and familiar talent.

Years and Years is on HBO and we highly recommend it >

With just four hour-long episodes, it’s almost impossible not to binge-watch this series. Not only is the very intense storyline playing out over a few days, but each episode also tends to end on a new cliffhanger. If you like crime and thriller shows then this one has both in spades.

Continue reading our Inside Man series review below. All four episodes are on Netflix from October 31, 2022.

One bad decision leads to another

The core story in Inside Man is all about showing how one bad decision can lead to another – often worse – decision. At some point, you have to cut your losses and accept that you messed up. Or you need to go all-in with everything you have.

Admittedly, there are plot elements to Inside Man that feel a bit forced. However, it’s nothing out of character for a classic crime thriller. Looking past this, my favorite part of this mini-series is trying to put yourself in each character’s place: What would you do? Really?!

Harry Watling (David Tennant), an English vicar, finds himself with a woman trapped in his basement. I know, I know, that makes it sound like it wasn’t his choice. Which it absolutely was. However, in his mind, he never had much of a choice.

Just “across the pond”, we have a Jefferson Grieff (Stanley Tucci). Mr. Grieff is a prisoner on death row who is spending his last days working on unsolved cases. His past career as a criminologist gives him a huge advantage – especially coupled with having committed a murder himself.

Of course, these two people inadvertently end up crossing paths. In a very roundabout way, to say the least, but still, the two play huge roles in one another’s life. 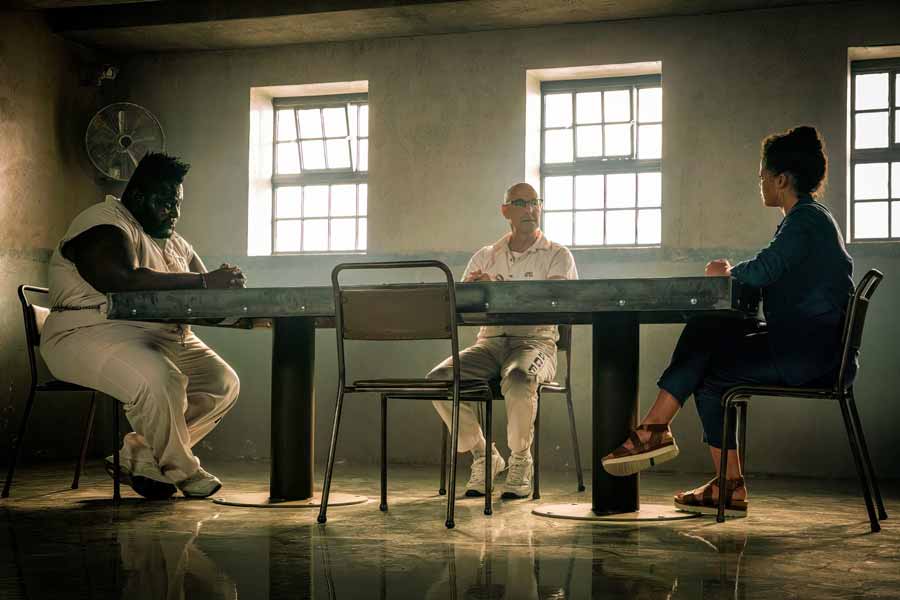 I absolutely adored this cast

As always, David Tennant (Doctor Who, Good Omens) and Stanley Tucci (Jolt) are both brilliant in their respective roles. David Tennant’s Harry is a man falling apart as he can no longer recognize himself – or his moral values – in his actions. Stanley Tucci is a cool and calm (but never cold) man, who clearly has many secrets.

In the cell next to Grieff (Stanley Tucci), we get the murderer Dillon – they’re on death row, remember – and he’s portrayed by Atkins Estimond (Hightown). As Dillon, Atkins Estimond is both fun and light as well as a brutal reminder of their circumstances. He is amazing. So is Dylan Baker as the warden!

As the Vicar’s wife, we have Lyndsey Marshall (Dracula) who also has a lot to work with here and is excellent. Their son, Ben, is portrayed by Louis Oliver (Midnight Mass) and also gets to act his heart out.

Oh, and I do also have to mention that Franc Ashman is in this as a police detective. She is showing up everywhere these days – which I love.

GET TO KNOW FRANC ASHMAN

Just these past few months she’s been in I Came By on Netflix, Matriarch on Hulu (with Kate Dickie), and The Bastard Son & The Devil Himself on Netflix.

Moving on to the woman trapped in the basement. Her name is Janice Fife and she is portrayed by the brilliant Dolly Wells (Dracula). Janice is such an amazing character in the very capable hands (or rather voice and body) of Dolly Wells. I could watch an entire series just about her.

Looking for Dolly – when she goes missing due to being trapped in the Vicarage basement – is (ultimately) the wonderfully mismatched dream team of Lydia West (Suspicion, Years and Years) and Kate Dickie (Matriarch). You’ll see!

Watch Inside Man on Netflix now!

As mentioned earlier, Inside Man was created by Steven Moffat. A BAFTA and Emmy award-winning writer, who is always good at delivering drama and thrills. He is also very good at getting the same actors back again and again (much like Mike Flanagan and Ryan Murphy), which explains this cast.

While every single cast member is amazing in Inside Man, I was just all smiles whenever Lydia West, Kate Dickie or Dolly Wells was on the screen. Despite the rather grim predicament for Dolly’s “Janice”. Their characters are just so brilliantly written!

The director of all four episodes is Paul McGuigan who also directed the 2015 Victor Frankenstein movie and (surprise) an episode of Steven Moffat’s Dracula. Basically, this means he knew most of the cast for this series from that production.

Also, the entire opening scene of Inside Man was just amazing. I had already seen it on various social media without knowing it was from this mini-series. It can easily stand alone as a short film, but it does connect to the storyline of this story.

Be sure to stick around for the very early end-credit (almost just pre-credit) scene at the end of Inside Man episode four. Could we be getting more seasons of this series? Oh, I certainly hope so!

An American death row prisoner with a sideline in solving mysteries helps a young British journalist search for a friend who’s suddenly disappeared. 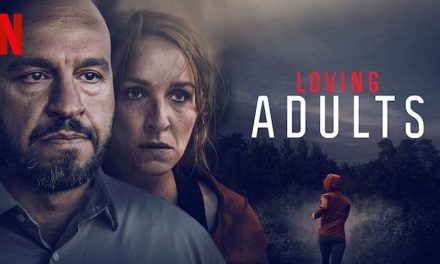 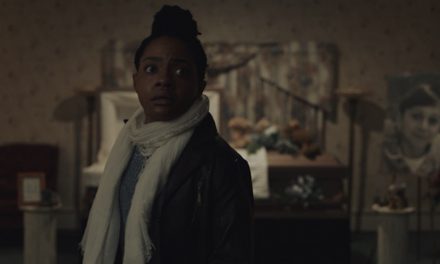 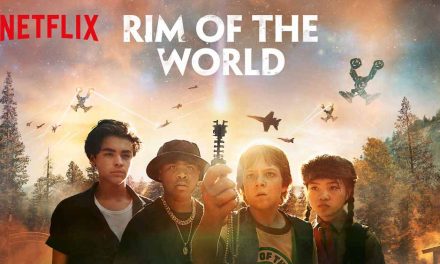 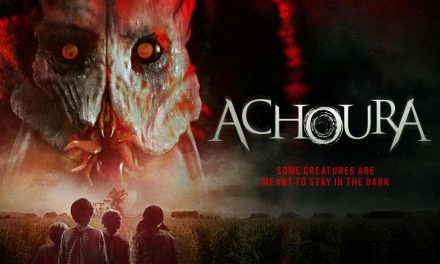