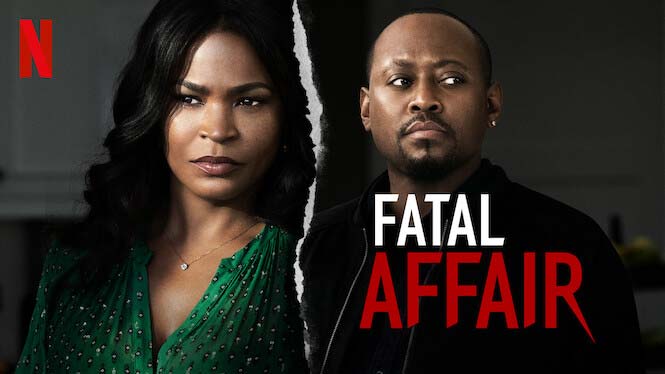 FATAL AFFAIR is a new Netflix thriller. It stars Nia Long and Omar Epps who are two actors I enjoy watching. Also, it has a plot so classic that it’s almost spoiled by the title. I wouldn’t call this a good Netflix movie, but it is entertaining. Read our full Fatal Affair review here!

FATAL AFFAIR is a new Netflix thriller starring Nia Long and Omar Epps. From the title and poster alone, you will know everything you need to. If you also watch the trailer, then there will be next to no surprises.

But, let’s be real, this isn’t the kind of movie that is supposed to surprise. It’s meant to entertain and forget the rest of the world for a little while. In that sense, Fatal Affair should do the trick. It’s not really my jam since it reminds me of so many other movies I’ve watched.

However, I recognize that just like I enjoy a crazy horror-comedy, this niche is other people’s favorite guilty pleasure.

Continue reading our Fatal Affair review below and check it out on Netflix now.

Since Fatal Affair is a Netflix movie, there budget and production quality is impressive. However, that’s just the setting for a very stereotypical story. I mean, this is the kind of TV movie thriller where you will guess pretty much everything ahead of time. To be blunt, this is not my jam!

Even the very final scene which features the all-important question of “Steak or salmon?” since this is apparently the only two dinner options, becomes a joke. This is, mind you, after several people have died.

Now, I don’t watch many TV movies, and so I sometimes forget just how cringey they can get. This is all part of the formula, so it will be totally normal for most people. To me, making light of having just witnessed a lot of murder, is just a bit too wild. Give me a brutal horror movie or crazy horror-comedy any day instead. Hell, even an artsy sci-fi story is better in my book!

However, I really do understand that this is exactly what some people love watching. A movie where nothing surprises you and things turn out exactly as you’d expect. It’s safe and calming. To me, it’s just boring and the actors in this film can do so much better.

A black cast in a white story

Look, I recognize the fact that the actors in Fatal Affair are black will be a nice change for many. Hell, I’m white and I certainly wish for much more diversity than I’ve been used to. Then again, I am also part of the LGBTQ community, so I know what it’s like to not see yourself growing up. Unless it’s in a very stereotypical fashion, of course.

However, the characters in Fatal Affair could just as well have been white. Like, stereotypical upper-middle-class white. There is nothing in the story that has been tailored to them being black. They just live in a world where no one sees color… which is a world that really doesn’t actually exist!

As a gay woman, I would not have been happy with this kind of “representation” if Fatal Affair had been about lesbians instead. No thanks, keep your white hetero nonsense to yourself. I don’t know if black viewers will feel the same way about Fatal Affair but I certainly understand if a similar feeling is prevalent.

And yes, the director and co-writer of Fatal Affair is a white man. In case there was any doubt after watching this movie! 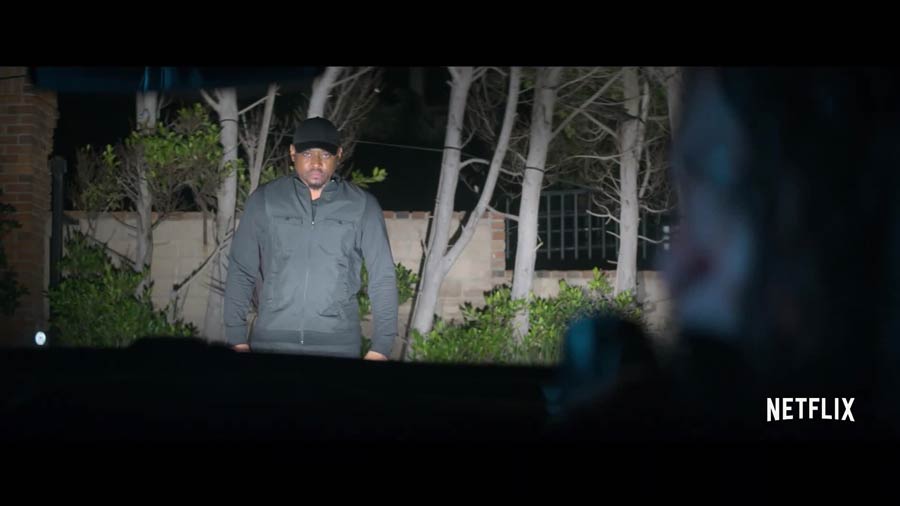 I’ve always liked both Nia Long and Omar Epps. The two also co-starred in the 1999 movie In Too Deep which is almost referenced in Fatal Affair, where they keep talking about knowing each other from 20 years ago.

To me, I first remember seeing Nia Long as Will Smith’s girlfriend on The Fresh Prince of Bel-Air. However, more recently, she was in 47 Meters Down: Uncaged. Actually, Nia Long has done several genre productions over the years. From the 1999 horror movie Stigmata to the fantasy-thriller Premonition (2007) with Sandra Bullock.

Omar Epps has also done genre movies in the past. He was in Dracula 2000 and Scream 2. Also, just last year he starred in the sci-fi movie 3022. To me, the movie Higher Learning (1995) will always be the one film I think of, whenever I see Omar Epps.

Let’s be clear though; He plays a real creep in Fatal Affair. Pretty much from the very beginning, all the red flags are out and alarms should be going off for any woman (and man) that watched this movie.

Peter Sullivan is the director and co-writer of Fatal Affair. The script was written with Rasheeda Garner, who wrote a Christmas TV movie prior to this. Something that should not surprise you at all once you’ve watched this new movie.

Peter Sullivan has also made a lot of Christmas TV movies in the past. He also co-wrote and directed the Netflix movie Secret Obsession which came out almost exactly a year prior to Fatal Affair. If you liked that one, then I suspect you’ll enjoy this movie as well.

Recommended reading: Our review of the Netflix thriller Secret Obsession by the same director >

Fatal Affair is out on Netflix worldwide from July 16, 2020.

Ellie (Nia Long) tries to mend her marriage with her husband Marcus (Stephen Bishop) after a brief encounter with an old friend, David (Omar Epps), only to find that David is more dangerous and unstable than she’d realized. 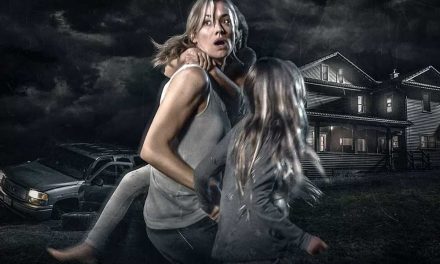 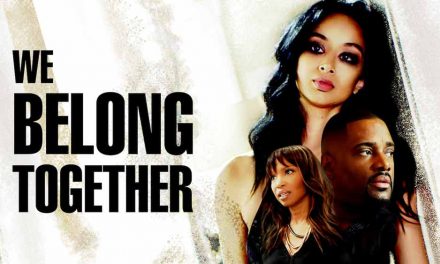 We Belong Together (2/5) – Netflix Movie Review 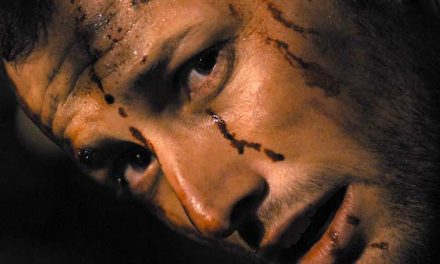 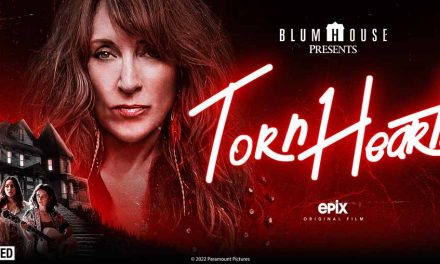