Doctor Strange 2: In the Multiverse of Madness – Movie Review (3/5)

DOCTOR STRANGE 2: IN THE MULTIVERSE OF MADNESS is a new Marvel movie directed by iconic horror movie director Sam Raimi. Of course, he isn’t new to the world of Marvel characters since he also directed the three first Spider-man movies starring Tobey Maguire in the title role. Still, this Marvel movie is something else entirely.

A few details that many are probably wanting to know: Yes, this is absolutely a classic Sam Raimi horror movie for the final half-hour of the runtime. And yes, Bruce Campbell does appear in a cameo. In other words, all is as you would expect in a world created by Sam Raimi.

Continue reading our Doctor Strange in the Multiverse of Madness movie review below.

Watch it for the awesome cameos!

I’m one of those people who watch anything live-action from Marvel (and Star Wars, for that matter), so I was ready to watch this movie. And really, you should watch all the Marvel TV series and movies to be up-to-date on the plot. Actually, you also need to watch the animated productions so in that sense I wasn’t a 100 percent there. It wasn’t an issue though.

For me, the coolest thing about Doctor Strange 2 is all those awesome cameos. Both those involving familiar characters from the world of Avengers and those from other Marvel comics and franchises. Yes, including those that were previously owned by other distributors. Thanks to the whole multiverse approach, we also see many characters playing quite different roles than usual.

Also, the world does look very different in the various universes we become acquainted with. For one scene, two characters are forced through a whole slew of universes (some animated in various ways). I loved this part of the movie. In fact, I love everything about the multiverse idea which is utilized both for comedy and horror in Doctor Stranger in the Multiverse of Madness.

The most important character in Doctor Strange 2 is actually Wanda Maximoff, who is also known as The Scarlet Witch. She is one of the very strongest characters in the entire Marvel Universe (along with Captain Marvel and Jean Grey). Since Wanda is the key character, Doctor Strange 2 is much closer connected to the story from the WandaVision TV series. Not Spider-Man: No Way Home, as you might expect.

Unfortunately, I am not a big fan of Wanda’s core story here in Doctor Strange in the Multiverse of Madness. Her story was much better covered and told in WandaVision which this builds on. But not for the better. However, the ever-brilliant Elizabeth Olsen (Wanda Maximoff) delivers an amazing performance. One that is levels above and beyond what you’d expect. Or even need! 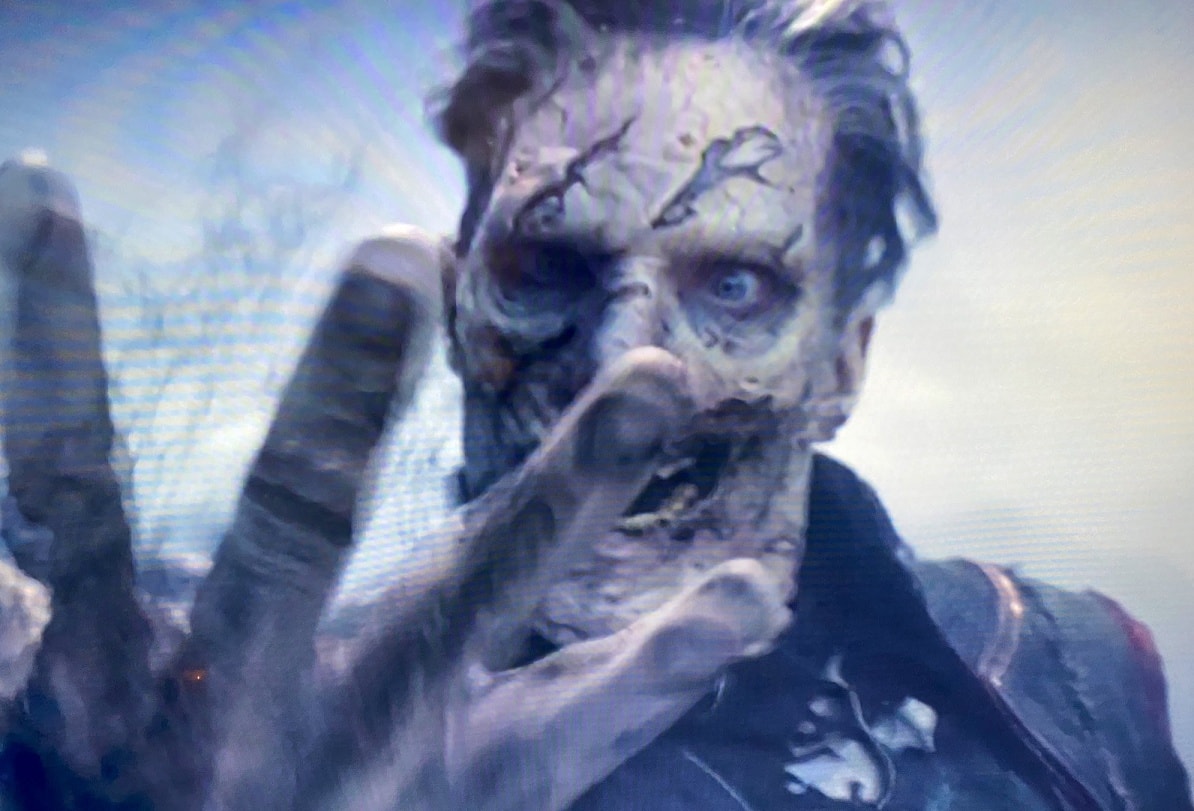 While many (or most, really) of the movies in the Marvel Universe are very dark and features apocalyptic plots, this one is an actual horror movie. Well, part of it anyway. The world is always on the brink of extinction in Marvel movies and at one point, half of all life even vanished and turned to dust. Of course, we knew another movie was coming, so it wasn’t really over.

With Doctor Strange in the Multiverse of Madness, the darkness is that of a classic horror movie. Not “just” another end-of-the-world plot. Or, you know, obviously, that’s part of it (as always), but in a different way.

The director of Doctor Strange in the Multiverse of Madness is (as mentioned several times already), the iconic horror director Sam Raimi. He’s the kind of horror master who loves using kitsch villains and turns an average joe into the hero (often portrayed by Bruce Campbell). Usually, his movies also have plenty of blood and mutilation (and limbs do tend to be cut off at some point).

Still, it’s usually in the style of horror-comedy!

It’s during the last half-hour or so that Doctor Strange 2 becomes a classic Sam Raimi experience. We’re talking re-animated bodies and creatures familiar from the Evil Dead universe. It’s fun and cool in many ways, but it does not feel like Marvel. For that reason, there is a mismatch in the overall experience.

The fact that we’re in a multiverse does help, but it isn’t a complete success for me. Of course, I am very entertained by the visuals and I get stuff I love from Marvel and stuff I love from Sam Raimi. The whole hybrid of the two just doesn’t really work for me.

Watch Doctor Strange in the Multiverse of Madness in theaters!

Even if the overall experience was a bit messy with the whole Marvel meets Evil Dead vibe, I was still extremely well entertained. I’m a happy Sam Raimi and Marvel-girl, so it can’t really be too bad for me. And those cameos really made for many bursts of joy and fun twists and surprises.

Doctor Strange himself isn’t one of my favorite characters. Or, to be blunt, I don’t really care about him either way in this movie, which isn’t a good thing. Benedict Cumberbatch still does a good job portraying this character. I mean, he has to be the arrogant “smartest person in the room”-type. Stephen Strange just doesn’t have the charm that Tony Stark had. Which helped a lot!

So, I am basically well-entertained in terms of style and fun horror references, and cool cameos. Yes, even if it feels messy.

My main challenge while watching this movie was the story. It’s very small really and extremely stereotypical – though built on the world of the WandaVision TV series. And again, you really should watch that before watching this movie. Otherwise, you will be very much in the dark in many instances.

Doctor Strange in the Multiverse of Madness has 2 end-credit scenes!

Finally, I should mention that there are two end-credit scenes in Doctor Strange in the Multiverse of Madness! The first comes early right after the visual credits and the second end-credit scene comes at the very end.

The first end-credit scene has an amazing cameo which leads into the next chapter of this Marvel story. The second (and final) end-credit scene is pure Sam Raimi and is more of a fun detail and final joke. You should watch it, of course, but in terms of the Marvel story, it isn’t necessary.

Doctor Strange in the Multiverse of Madness opens in U.S. theaters on May 6, 2022.

Dr. Stephen Strange casts a forbidden spell that opens the doorway to the multiverse, including alternate versions of himself, whose threat to humanity is too great for the combined forces of Strange, Wong, and Wanda Maximoff. 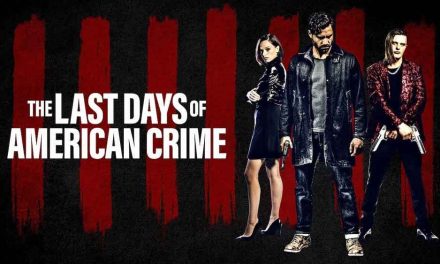 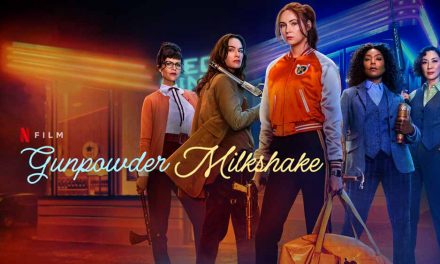 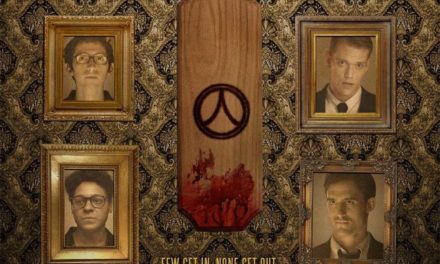 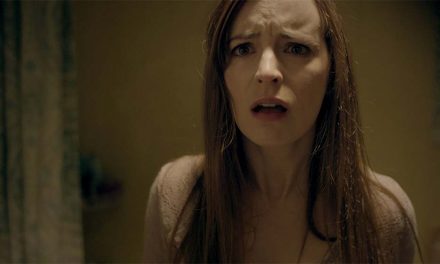