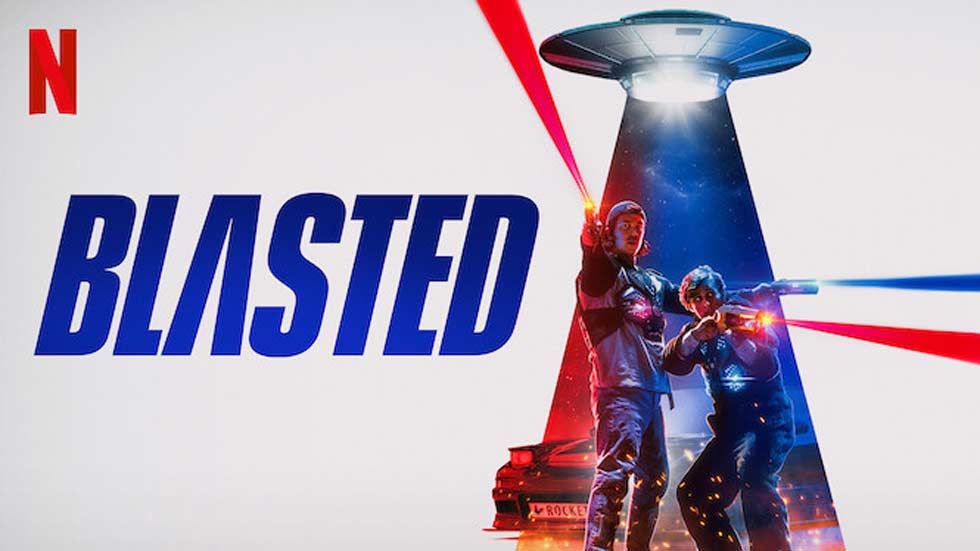 BLASTED on Netflix is a new sci-fi action-comedy from Norway. At the heart of the story is friendship and finding what makes you happy. Also, lots of glowing eyes and green slime. It’s very charming but too long. Read our full Blasted movie review here!

BLASTED is a new Netflix movie from Norway (org. title Blasted – Gutta vs. Aliens). It’s quite the genre-hybrid with sci-fi, action, and comedy to carry the plot forward. A small town in a Norwegian valley, where strange lights have been observed for decades, is the gorgeous backdrop.

Also, if you’re familiar with a few of the more successful Norwegian productions these past few decades, you’ll see a few familiar faces. Overall, I found this movie to be quite charming and it never gets boring. However, it is too long and could (quite easily) have been tighter in telling the rather simple story.

Continue reading our Blasted movie review below. The movie is out on Netflix on June 28, 2022.

For the issues that this new Netflix movie from Norway does suffer, the casting isn’t one of them. On a personal note, I loved seeing Ingrid Bolsø Berdal who is one of the quintessential final girls of Norwegian horror movies. She’s the star of the two first Cold Prey (org. title Fritt Vilt) movies, which you’ll definitely want to check out!

Also, you might recognize Ingrid Bolsø Berdal from Westworld where she played “Armistice” (the woman with the snake tattoo on her face and body) for a few seasons. She’s also been in movies like Witch Hunters (2013) and  Hercules (2014), so there’s plenty of reason why she could be familiar to you.

Then again, Ingrid Bolsø Berdal is close to unrecognizable as the very pregnant local police officer with huge glasses and a lot of hair. However, as always, she’s also quite the badass ready to save the day!

If you’ve watched the Netflix vampire series Post Mortem: No One Dies in Skarnes, then you might recognize André Sørum. And if you haven’t watched that particular Netflix series, then you really should.

Overall, don’t expect to recognize too many of the faces in Blasted. Just know that it doesn’t really matter either. The actors are great and the production value is impressive with a distinct style from start to finish.

Who is the target demographic for Blasted?

I am usually a huge fan of movies where friends plan a “normal” thing and it evolves into something crazy. Hell, I love it when they’re just going about their normal lives and then something crazy happens. Anything from Shaun of the Dead to Scouts Guide to the Zombie Apocalypse. Or series such as Yellowjackets or The Wilds.

Usually, these movies have main characters that are teenagers or young adults. People who are still trying to figure out who they are (or want to be) and what kind of people, they want to associate with. Blasted works with exactly that plot core and I do enjoy that.

A GREAT NETFLIX MOVIE FROM NORWAY

However, where I love all of the above-mentioned movies and series for their tight concepts, Blasted is lacking in that department. The movies and series I love are either focused on bloody horror and [rather crude and dark] comedy or they go full-on dark and brutal with drama combined with thriller or horror.

Now, I get that Blasted is more of a sci-fi action-comedy, which is different from the other titles mentioned. But still, I have a hard time figuring out who the target demographic is. There isn’t much (of any really) blood. And the humor isn’t nearly crude or dark enough to hit home with young adults. Or even the “older” part of the teenage segment.

Martin Sofiedal is the director of the new Norwegian Netflix sci-fi movie Blasted with the screenplay written by Emanuel Nordrum. This is the first feature film screenplay produced by Emanuel Nordrum and while the core story is strong enough, it could’ve been better with some more editing of side stories.

Director Martin Sofiedal has made quite a few short films and a few feature film-length productions prior to Blasted. However, this is only his second “real” feature film after Benjamin Falck and the Ghost Dagger (2019). I’m ready for more from both this writer and director due to the heart and soul (along with the strong action and comedy parts).

However, at 1 hour and 54 minutes, it is definitely too long. Still, do be sure to stick around to get the end-credit scene. Whenever Netflix doesn’t automatically send you to the next movie or series, you know there’s more to come. Blasted is no exception and it’s an extra scene that even hints at a possible sequel.

Blasted follows childhood friends Sebastian (Axel Bøyum) and Mikkel (Fredrik Skogsrud), who are reunited for Sebastian’s bachelor party. While Mikkel never matured past being a teenage laser tag-prodigy, Sebastian has grown into a career-obsessed workaholic, who’s using the party to schmooze a potential client. But when the bachelor party stumbles head-first into an alien invasion, it’s up to Mikkel and Sebastian to reunite as the kick-ass lasertag duo they once were and fight back. 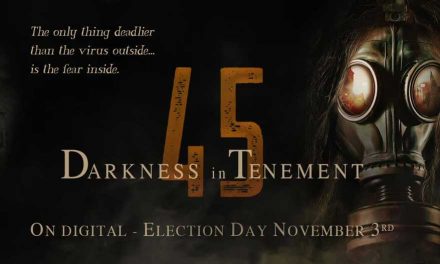 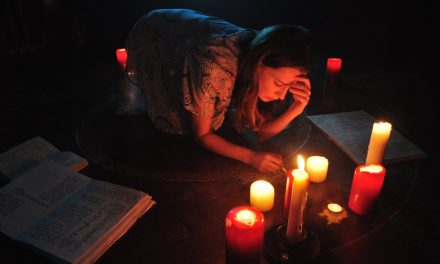 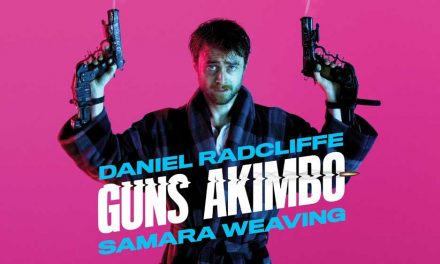 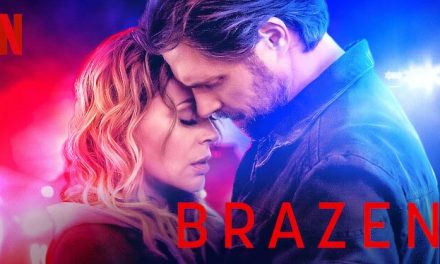