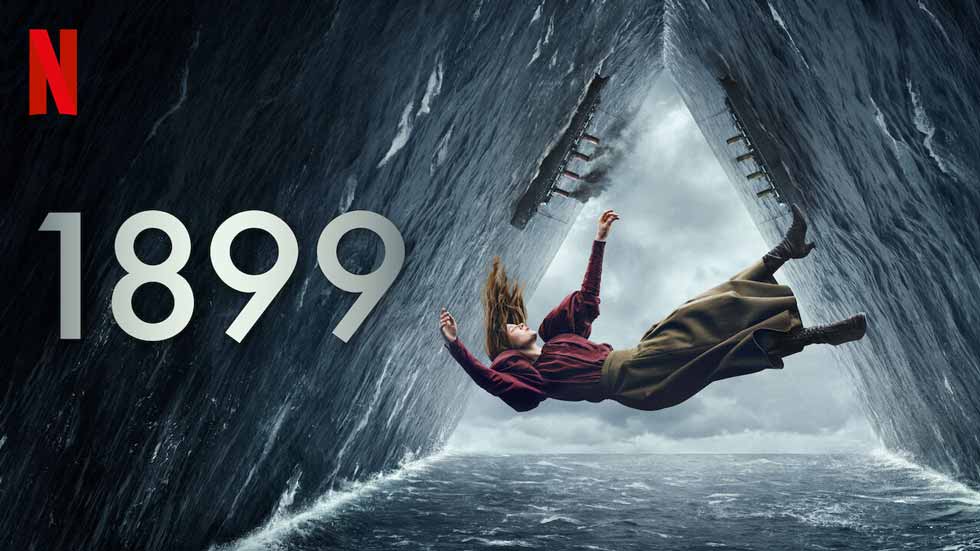 1899 on Netflix is the new sci-fi mystery series from the creators of the amazing sci-fi horror Netflix series DARK. This time around, it’s not a German, but a very international cast. Read our 1899 Season 1 review here!

1899 is a new Netflix sci-fi mystery series. There are eight hour-long episodes in the season, which has a very international cast. The series is created by the same people who gave us Dark, the amazing sci-fi horror Netflix series from Germany.

Are you confused after watching 1899?

This time around, there is a lot of English spoken, but not exclusively. And for once, you actually cannot watch this series dubbed. I mean, you could (I think, it wasn’t an option on the screeners, we received), but it will mess up your understanding of everything. And yes, there are subtitles available so you can keep up.

Continue reading our 1899 Season 1 review below. Watch all eight episodes on Netflix from November 17, 2022.

You should prepare yourself for quite a slow start to 1899. In fact, I found myself very disappointed with the first two episodes. My expectations were obviously too great based on who created it. As already mentioned, 1899 was was created by the people that gave us the amazing sci-fi horror series DARK.

And yes, it does show that this comes from those same creators. In good ways!

The whole look and feel are the same despite this being in a very different setting. However, where Dark was off to a strong and intriguing beginning, this one is too messy for my liking. As the viewer, you need to get to episode 3 before you can begin to connect the dots.

The first two episodes are like opening a box with a huge puzzle and throwing all the pieces on the floor. Without knowing what image the puzzle will ultimately show. Then, slowly, you get an idea of some elements in the final image, but the big picture is still very obscure.

All of episode 3 starts to give you the framing and some guidelines, so from then on it’s much better. Basically, you need to sit back and observe during those first two episodes, which are about gathering clues more than getting actual facts.

Innovative in an international way

While there are still some German characters, 1899 does have a very international and diverse cast. This means many different languages are spoken. It also means that people don’t necessarily understand each other and have to rely on reading body language and using the few words they each recognize.

I love this about the story in 1899. It also helps you (or at least, it did for me) accept that you won’t know exactly what’s going on. After all, most of the characters in 1899 have no idea what’s going on either.

And really, the language barrier is how the world still works when you have people from all over the world. Sure, many people speak English, but (outside of English-speaking countries) most of us also have a basic knowledge of at least one other language than our native tongue.

Once you travel, you quickly realize the value of knowing more languages. This is also the case in 1899 but it’s a very subtle plot point that just shows up all the time.

The international cast of 1899

The cast includes German, Spanish, French, English, Danish, Norwegian, Swedish, Chinese, and Polish characters. All speak their own native languages and are portrayed by people from these countries. It’s amazing.

From Dark, we see Andreas Pietschmann as the German Captain of the ship. Quite a move up from playing “The Stranger” in Dark, but also someone in the exact opposite position, since he is now one of the people who have no idea what’s going on.

The Danish actors include several Netflix-familiar faces as well with Lucas Lynggaard Tønnesen and Clara Rosager (both from The Rain) as siblings, Alexandre Willaume (Equinox) as the hurting patriarch, and Maria Erwolter (The Ritual) as the Godfearing matriarch.

First things first; Watch 1899 without knowing anything and – for the love of storytelling and movie magic – avoid spoilers like the plague. This is also the way to watch Dark or anything else really. Still, with sci-fi and mystery plots, it does tend to be even more important.

Baran bo Odar and Jantje Friese are the two creators of 1899. They also co-created Dark, so it’s obviously a very efficient duo. We were given the first six out of the eight episodes in season 1, so we don’t even know how the season ends. And, to be perfectly honest, this is what we have to base our rating on.

As it’s always the case, those last few episodes of a season can either make or break a story. For 1899, I think (and hope) that they will blow my mind in a way that few series do. But again, since Dark is one of those series that managed to shock and surprise in the best of ways, I have faith in these creators!

1899. A migrant steamship heads west to leave the old continent. The passengers, a mixed bag of European origins, united by their hopes and dreams for the new century and their future abroad. But their journey takes an unexpected turn when they discover another migrant ship adrift on open sea. What they will find on board, will turn their passage to the promised land into a horrifying nightmare. 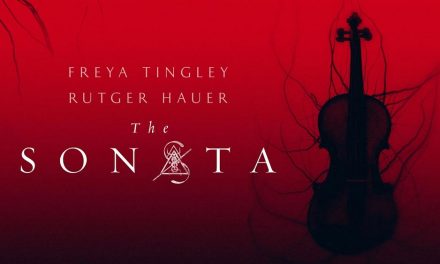 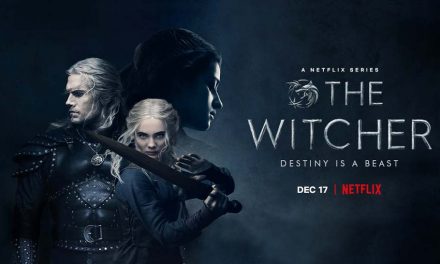 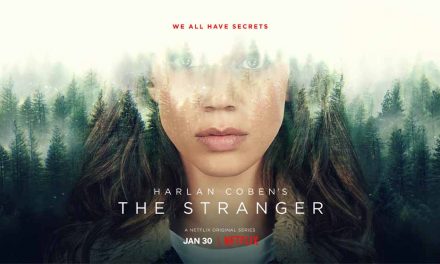