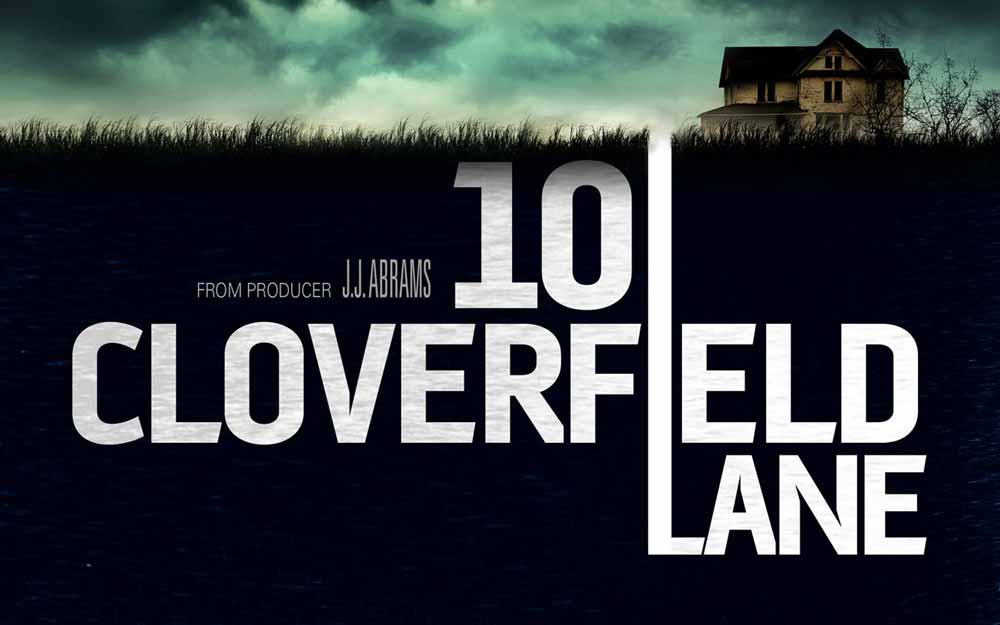 Well, that was fast. We’re just 10 short weeks into 2016 and 10 Cloverfield Lane has us giving out the first top rating of the year.

But honestly, there was no doubt in our minds from the second the credits rolled across the screen. We saw 10 Cloverfield Lane at an IMAX theater, and if you’re able to do the same, then please don’t rob yourself of this amazing experience. Whatever you do, make sure you watch this movie in a theater with a decent sound, because it really is a huge part of the movie.

Of course, we already knew this, since Bear McCreary is responsible for composing the score and that man is pure genius. If you don’t know him by name, then believe me when I say that you probably do know of his work. He’s the award-winning man behind the music on the following TV shows: The Walking Dead, Black Sails and the iconic Battlestar Gallactica soundtrack. In 10 Cloverfield Lane the score – and the sound in every other aspect – is a driving force that will have you on the edge of your seat.

And I know you might be thinking “Yeah, that sounds great, but what about the plot and story?!” Well, that’s where we run into trouble. Not because it isn’t good. It is! In fact, it’s great. I just can’t tell you very much without giving away spoilers. And believe me, you really don’t want spoilers for this movie. Just go watch it and enjoy the ride.

However, I’ll be fair and warn you that if you’re expecting an actual Cloverfield kind of action/monster movie, then you could be disappointed. Oh, don’t worry, you’ll get plenty of action and horror, but 10 Cloverfield Lane is a lot more character driven.

Also, I have to say that I think the female part of the audience will feel the horror quite a bit more intensely than the male viewers. It certainly had us [yup, we sent two women to a press screening that otherwise consisted of male critics] feeling a very realistic and eerily recognizable kind of horror. But don’t fear, ladies, because the lead character of Michelle is one HELL of a kick-ass woman. I mean, if I had seen this movie before International Women’s Day, then she would’ve made it onto our list of kick-ass ladies. Michelle is played by Mary Elizabeth Winstead, who we’ve seen in quite a few horror movies, such as Final Destination 3, The Thing and Abraham Lincoln: Vampire Hunter, so she knows her way around this genre.

And while John Goodman’s character, Howard, is your typical doomsday prepper, then Michelle is a hardcore natural survivor. The kind of person who just will not give up or stay down! Speaking of John Goodman, he is damn scary in this movie. Especially because you keep wondering if you can trust him. Is he crazy? Is he telling the truth? Maybe both?! And finally, we have John Gallagher Jr. (Short Term 12) as the third wheel. He plays the character of Emmett. A very sweet, but not too bright young man, who’s just trying to keep everything together, so your heart does go out to him. 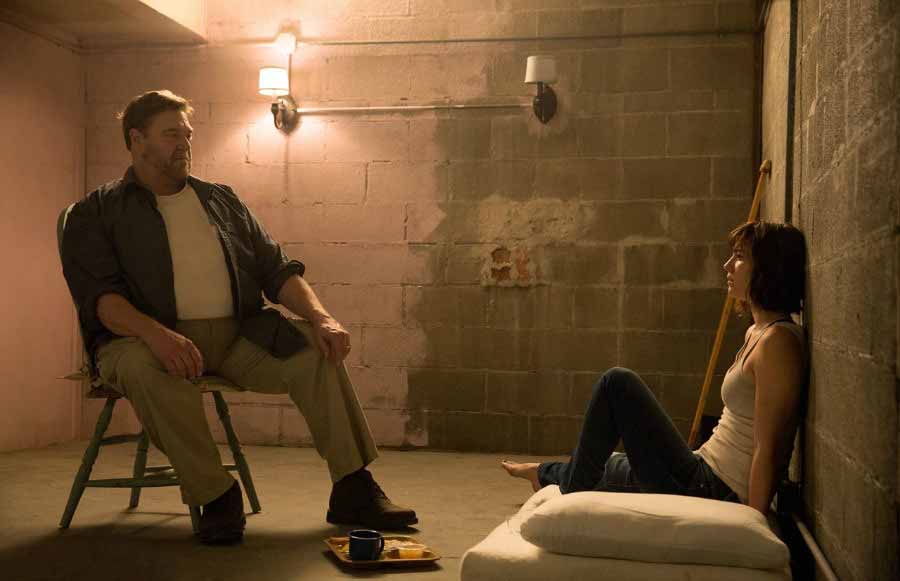 It’s almost impossible to believe that 10 Cloverfield Lane is Dan Trachtenberg’s feature film directorial debut, but none the less that’s exactly the case. And he should be damn proud! Josh Campbell and Matthew Stuecken wrote the amazing script, which – let’s be real – is at the core of any good movie. This is the second official writing project for them both, but there’s also a third responsible writer on board. That third person is Damien Chazelle, who wrote the script for one of last year’s award season darlings Whiplash, which he got an Academy Award nomination for, so he has already proven to be quite the talent.

One of the most amazing things about 10 Cloverfield Lane has to be the fact that until two months ago, it didn’t even exist on our radar since they’d worked on the project under other titles (The Cellar and Valencia). It’ll be interesting to see if they can pull this off again with a possible third Cloverfield movie, as producer J.J. Abrams has already teased that he has a great idea for yet another installment.

There’s not much more I could (or rather should) tell you except this: You need to go watch this movie! Oh yeah, and the title sequence is one of the most awesome, I’ve ever seen. Short and intense in the best way!

After getting in a car accident, a woman is held in a shelter with two men, who claim the outside world is affected by a widespread chemical attack.