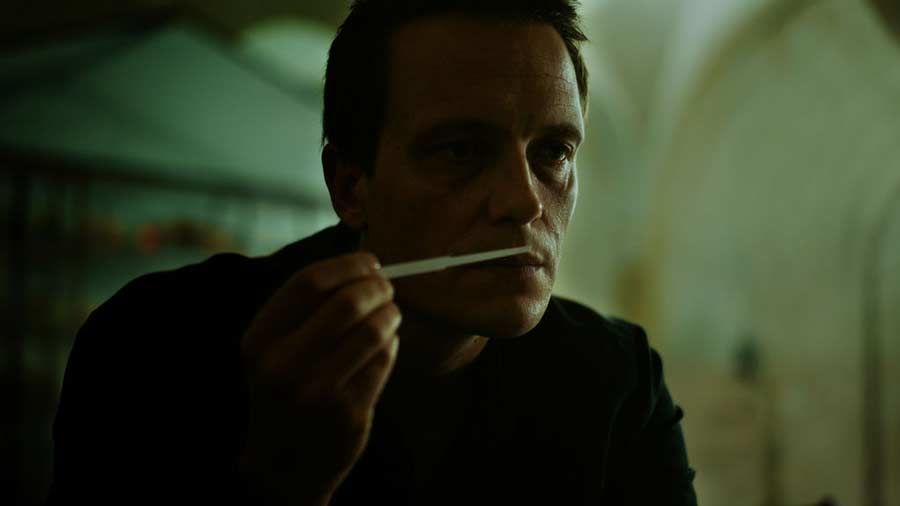 Want the Perfume ending explained? We’ve taken a closer look at the Season 1 ending of the German Netflix series. Read our spoiler-filled take on the season 1 ending here. Also, get ready for season 2 on Netflix!

Want the Perfume ending explained or simply want to know more about the Netflix show? Well, you’ve come to the right place. The ending of the Netflix show Perfume is absolutely delicious. But then again, so is the entire season 1.

It looks like the German Netflix show is a hit already, which we’re thrilled about. That’s why we’re getting ready for season 2 of Perfume by taking a closer look at season 1.

If you haven’t watched season 1 of Perfume on Netflix yet, then check out our review here >

Everything in this post is pretty full of spoilers so don’t read any further unless you’re ready for this.

The season 1 plot of Perfume on Netflix

One of the official plots of Perfume is this:

A perfumer with a superhuman sense of smell begins killing female students at a boarding school to distill their essence and create the perfect scent.

That really isn’t accurate at all.

For one, there are no female students at the all-male boarding school. Second, a young boy did go missing from the boarding school many years before this story takes place.

The actual plot of season 1 of Perfume begins with the murder of Katharina Läufer known also as “K”. However, the part about distilling “their essence” and creating “the perfect sense” is spot on.

Another version is this:

When a singer is found murdered, with her scent glands excised from her body, detectives probe a group of friends who attended boarding school with her.

While this is more accurate, it was still a boys’ boarding school.

The murdered woman, Katharina, and another girl, Elena, simply lived in the area. They became friends with four boys who attended the boarding school.

Also, they all got involved with the perfume making after reading Patrick Süskind’s book Perfume. Not so much Katharina, but Elena and the boys did.

The meta of Perfume on Netflix

When you watch season 1 of Perfume, you’ll probably also notice that it has a delicious meta layer.

First, the novel by Patrick Süskind is part of the storyline because the characters read it. In fact, it’s the reason for pretty much everything that happens. Or, at the very least, the inspiration.

And so is the 2006 movie adaptation. The profiler, Nadja Simon, watches it to better understand the killer. Once she realizes the impact the book had on the killer, the movie is an obvious next step.

Yes, it’s all very meta in a very subtle and elegant way that fits Perfume perfectly.

Who was the killer in Netflix’s Perfume?

What most people seem to be confused about is who the actual killer in Perfume was. Well, that’s not exactly simple to answer. Is the killer the one doing the actual killing or the one who ordered the murders?

In season 1 of Perfume, the perfume maker requires certain ingredients to create a perfume. To get these ingredients, three women must be killed since each of them has something required for the perfume.

Once the women are killed, body parts with scent-filled glands are used for the perfume. The man creating the perfume is Moritz de Vries who is portrayed by August Diehl. He doesn’t kill anyone himself. He simply creates the perfume.

To him, the perfect perfume is the only thing that matters and he doesn’t care how the ingredients are procured.

The woman who ordered the perfume is the therapist, Lydia Suchanow, played by Susanne Wuest (from Goodnight Mommy).  All she wants is to be loved and desired, which is something she has never experienced.

Instead, her twin-sister has always been the one her mother adored and doted on. In fact, everyone seems to have felt this way about her twin, while Lydia was always just white noise in the background.

The three murder victims for the perfume

The reason Lydia’s twin sister was always more loved and adored is her scent. Her natural scent made people love her. In a sweet and innocent way that was almost child-like. For this reason, she ended up as the third Perfume murder victim.

The second murder victim was the prostitute, Perle.

She was the most popular one at the brothel despite being much older than the other girls. Again, Perle’s natural scent was the explanation. People lusted after Perle. But only for sex so they never felt a need to love or be with her otherwise.

Which brings us to the first murder victim, which season 1 of Perfume begins with. The first murder victim, Katharina (or just K.) had a scent that also made people want her. But not just for sex. Instead, people obsessed over her. In fact, several men noted they would have left anyone and given up everything for K.

When the scent of these three women is combined for the perfect perfume, Lydia would finally be loved and wanted. People who came near her scent would not be able to help themselves.

At least, this is what Lydia and the perfume maker believes. And both the story of Elena and the ending of season 1 should make you believe that this is in fact true!

The story of Elena

Elena was always competing with Katharina for attention. But where Katharina loved having sex, Elena just wanted to be loved. Also, Katharina had that almost magical scent that made men come back for more.

If Elena had wanted the effect Katharina had, then she knew how to get it. It turns out that Katharina was the first to attempt taking over the scent of someone else.

When the group of friends was still in school, Elena and Daniel “Toothless” Sluiter killed a boy. With the help of the (already then) talented perfume maker, Moritz, they created a perfume.

This made sure Elena quickly found a new home. After performing an abortion on herself (nearly killing herself in the process), she couldn’t stay at home any longer. By wearing a perfume made from the scent of her dead son, his mother immediately took her in.

This confirmed for Moritz that he could create this effect with a perfume. And it also meant that Elena could have had the power Katharina had, but she wasn’t interested. Maybe because she also learned that the perfume is a limited resource.

When she was 17 years old, she ran out of the “beloved son” scent. Her new foster mom (and mom of the dead boy) no longer felt the same affection for Elena, and she ran away from that home immediately. 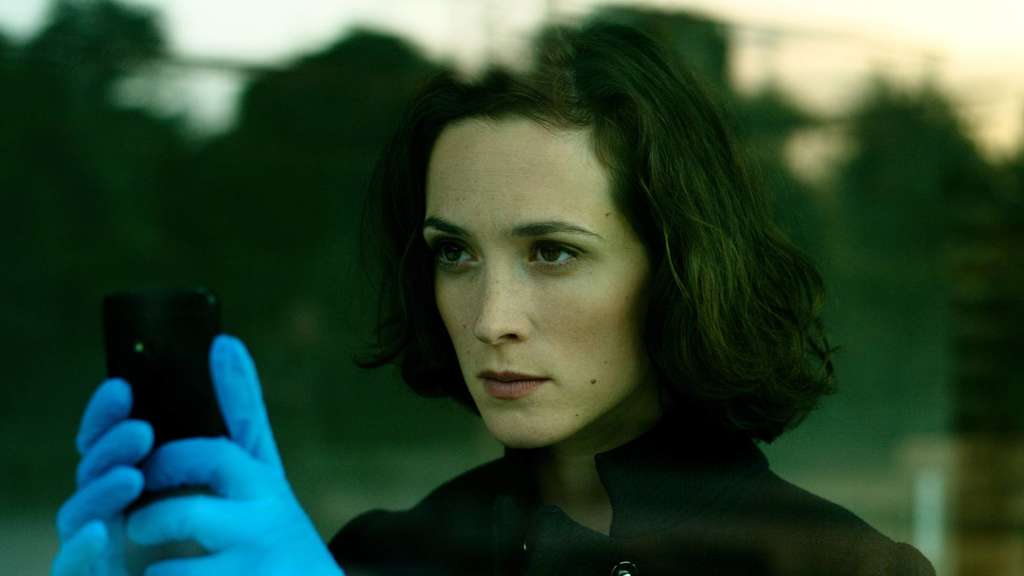 The ending of Perfume on Netflix

The profiler, Nadja Simon (Friederike Becht), in season 1 of Perfume turns out to be “nose blind”. She can’t relate to any of the scents others respond to without even thinking about it. However, she does see the effect and she wants it.

Detective Simon has been having an affair with her boss, Joachim Grünberg, for a few years and now she’s pregnant. He won’t leave his wife (of course) and wants her to have an abortion.

This confuses her because he has been claiming he can’t leave his wife because they have kids together. So why do the kids he has with her wife matter while the child she’s carrying doesn’t?

We discover that Nadja was left alone for several days at a time as a child. In this respect, she’s had the same life experience as Lydia. However, Lydia’s first experience of wearing the perfume leads to her being wanted so much that she’s almost raped.

Her mother sees her daughter being raped but simply does not care. The perfume only works when people can smell you. Not only can’t the mom smell her now, she never really cared about her. And her favorite daughter was just murdered.

Getting ready for season 2 of Perfume on Netflix

Lydia kills the assailant (another cop) and when she tries using the perfume on Nadja Simon it’s to no avail. Simon explains that it’s pointless because she’s nose-blind.

However, Nadja Simon once tried on Katharina’s bra to win her boss over and saw that it did have an effect. So now, she wants the perfume. She ends up killing Lydia and claims the other cop did it. He’s already known as a creep, so it makes perfect sense.

Nadja Simon then wears the perfume herself and gets into a car with Joachim Grünberg. While Lydia probably did wear too much of the perfume, Nadja Simon must have gone really overboard with it. The result is the same that Lydia experienced and then some.

The man can’t control himself and really doesn’t like the loss of control, so he begins strangling her.

Meanwhile, we see the perfume maker, Moritz de Vries, place a small perfume bottle in a box with lots of empty places. This bottle is only the first and there’s room for many other bottles. A perfect set-up for season 2 of Perfume for Netflix.