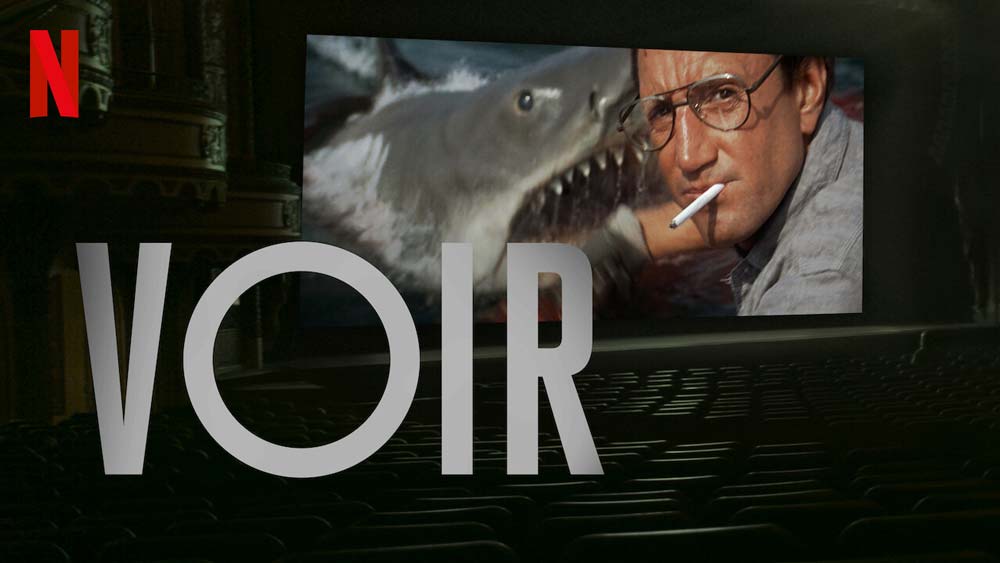 VOIR on Netflix is a new documentary series by and for film lovers. With six episodes – that each have a runtime of just around 20 minutes – it’s perfect for most film buffs. We certainly loved it! Read our full Voir season 1 review here!

VOIR is a new Netflix documentary series executive produced by David Fincher. It’s by and for film buffs who enjoy all genres of filmmaking. Also, there’s an episode on film versus television which is also very intriguing.

Season 1 has just six 20-minute episodes and they’re all very intriguing. Even if I definitely did have my own favorites. Episode 1 is all about Jaws so that was the perfect opening episode for a horror fan like me.

Continue reading our Voir season 1 review below and find it on Netflix now. We watched all 6 episodes for this review.

The six episodes of season 1

While episode 1 of Voir is an instant favorite of mine – both due to its style and the subject being Jaws – I did find that I enjoyed all the episodes of season 1. Below, I’ll do a very quick rundown, but really, you should make sure you watch every single one of these episodes.

“Summer of the Shark” is episode 1 of Voir

As already mentioned, the “Summer of the Shark” episode is all about Steven Spielberg’s masterpiece Jaws (1975). The episode plays out as both a coming-of-age story for the narrator, as well as a look at the time in which this movie came out.

Did you know that Jaws was rated PG? That definitely blew my mind. So did the fact that it was billed as a “super thriller”, but there you go.

Also, it asked the question “Could Jaws have been made today?” which leads into other distinct questions that all come to the same conclusion: Unfortunately, no!

“The Ethics of Revenge” is episode 2

With Park Chan-wook’s Lady Vengeance as the starting point, episode 2 of Voir is all about revenge. Or rather, it’s about why we like revenge stories and how we identify with them.

We go through the details that play out in virtually every revenge story (to some degree, anyway) before returning to what makes Lady Vengeance stand out. A very strong episode for anyone who loves a good revenge story.

… To check out our “revenge”-tag since we have covered quite a lot of revenge movies!

Movies such as Carrie, Thelma & Louise, Gladiator, Unforgiven, and David Fincher’s own The Girl with the Dragon Tattoo are also mentioned in this episode (along with many others). 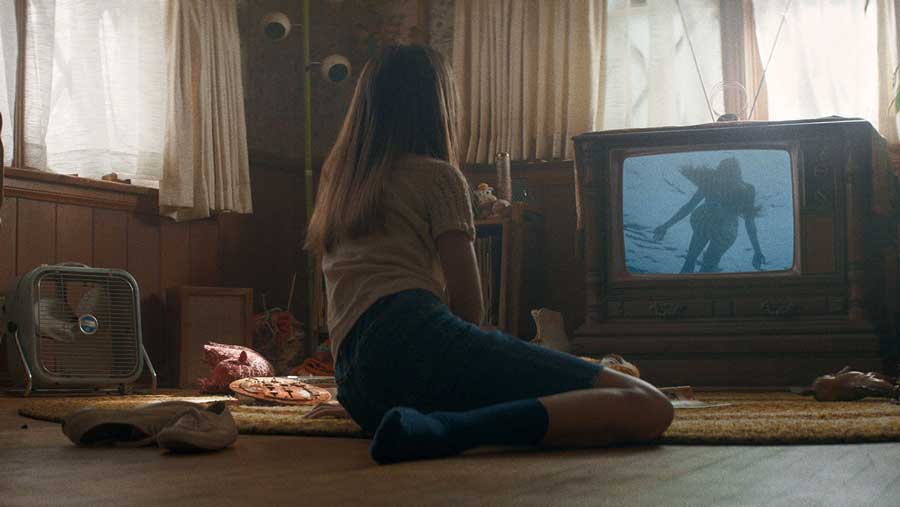 This episode deals with the fact that main protagonists are not always likable. Even if they are very memorable. In fact, often iconic characters are downright monsters. Also, as the title indicates, this episode is very focused on male protagonists.

Not that this is surprising, but I did find that every time a man was the narrator of an episode, the focus was also very heavy on male characters.

Something you might notice even more after watching the opening episode first!

“The Duality of Appeal” is episode 4

The fourth episode focuses on animation. Both on what is happening now and how CG [Computer Graphics] differs from the 2D effects that used to be prevalent in animation.

Also, the episode stands out by being almost a workshop of sorts. And again, I really enjoyed it because it allows for a look behind-the-scenes.

Movie magic is made up of a great many things. Animation is definitely one of them.

“Film vs Television” is episode 5

Interestingly, Netflix isn’t even mentioned in this episode really. It could easily have been, but instead, a more historical perspective is used. That means HBO is the angle from which this is approached.

There’s a focus on how we’re more invested in enjoying the isolated movie-watching experience in a movie theater. But then also looks at how and why we get more invested in TV shows. And also why the ending of TV series can disappoint us so much – using Game of Thrones as a perfect example. An extra nod to HBO but in a less flattering manner!

I also loved this episode for how it very clearly showed that movie theaters tried to pull out the same tricks recently, that it also applied decades ago. You would think they could come up with something new – or look more at just how damn expensive it is, to watch a movie in a movie theater.

All while still risking that someone is being loud and distracting there. I love going to a movie theater, but it is extremely expensive compared to alternatives (even if the experience is lessened) and I hate the risk of other people ruining my experience.

The title doesn’t give away much in terms of subject. The final episode of season 1 is focused on 48 Hrs as its main subject. The 1982 action movie starring Nick Nolte and Eddie Murphy. A movie that sparked a whole slew of interracial buddy movies.

Even if – as the narrator of this episode points out – 48 Hrs isn’t exactly a “buddy” movie. The two characters are not buddies, but they do come to a point where they respect and acknowledge one another more.

Personally, I enjoyed both the focus on racism and how 48 Hrs director Walter Hill treated racism. Systemic racism and the use of privilege are extremely apparent. Also, this was Eddie Murphy’s first movie role which also seems crazy to me.

Finally, there’s a look at how these strong black comics go from stand-up to politically strong film characters and then back to very family-friendly funny characters. Just another thing that the Voir docu-series will leave you pondering.

I could easily have watched the first 20 episodes of a docu series like this one. I absolutely loved it and cannot wait for more episodes to be released.

Be warned, since many movies are analyzed, these particular movies are also heavily spoiled. So, if you haven’t watched Taxi Driver or Lawrence of Arabia, then you will know most of it from watching this docu-series.

For anyone who loves film and wants to be taken down memory lane and be reminded of movies they still haven’t watched (or need to re-watch), Voir is a real treat.

VOIR: Season 1 has six episodes and they are all out on Netflix globally from December 6, 2021.

From executive producers David Fincher and David Prior, VOIR is a series of visual essays celebrating Cinema and the personal connection we each have to the stories we see on the big screen. From intimate personal histories to insights on character and craft, each episode reminds us why Cinema holds a special place in our lives.