UNHINGED is an intense thriller with lots of action and horror elements. Russell Crowe stars as a man with plenty of road rage and nothing to lose. You won’t touch that horn after watching this movie. Read our full Unhinged movie review here!

UNHINGED is a new thriller with a survival plot. This means it’s an intense 90-minute thriller with both action and horror elements. It’s all about road rage and the way in which we have no patience or restraint.

After seeing Russell Crowe in an extreme fit of road rage, you should definitely think again before honking your horn. If not, then you’ve certainly been warned of what might be the consequence!

Russell Crowe is creepy as f**k

Honestly, I’ve always liked Russell Crowe, but in this movie, he is delivering a performance unlike any I’ve seen from him before. No, this isn’t an Oscar-winning performance. Nor is it meant to be. However, Russell Crowe is creepy as f**k in Unhinged. And that is the point!

The woman he is hunting throughout the movie is portrayed by Caren Pistorius. You might know her from the movie Cargo (2017). She does a great job in Unhinged even if she doesn’t get that much to work with. Still, she’s a survivor and (mostly) makes smart choices.

Outside of pissing off Russell Crowe’s character, obviously!

Her son is played by Gabriel Bateman, who is certainly a well-known child horror actor by now. He was in the new Chucky movie Child’s Play from 2019 and in the horror movie Lights Out (2016). Jimmi Simpson (Westworld) also plays a small but important role which will definitely leave an impression!

Trust me on that one!

In general, the truly scary thing about the plot in Unhinged is the fact that many people try to help. People do the right thing and act in smart and reasonable ways. It just doesn’t really help when you’re up against a psychopath with no real will to live! 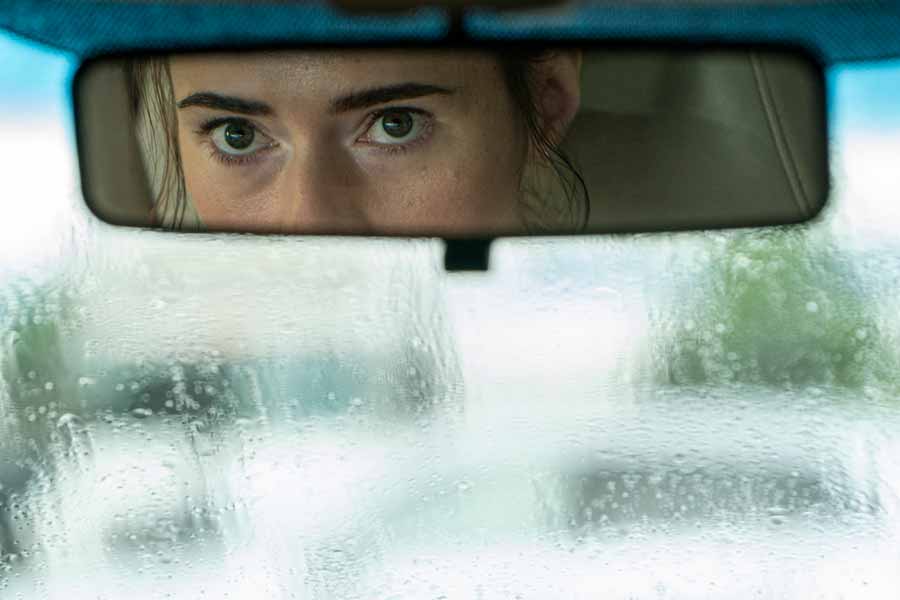 I won’t use my horn anytime soon!

The trailer for Unhinged reveals that Russell Crowe’s character gets pissed when a woman honks at him. He doesn’t drive when the light turns green and she’s late already, so she really leans on the horn. Okay, there’s more to it than that… but not much.

We do start out by seeing what’s happening in the life of the Russell Crowe character. Anyone who knew this, would definitely not honk at the guy. Of course, we never know what anyone is dealing with in their life when they piss us off in traffic.

Still, I will not accept that anyone honks at anyone while I’m in the car. Unhinged might be a movie but there are plenty of real-life true crime cases where people go crazy with road rage. Of course, the fact that people have bigger and bigger cars and might have guns does not help the matter.

In Unhinged, it is exactly the size of cars that come into play. And while I realize it sounds rather gross, I have to mention the fact that Unhinged has some amazing death scenes. They just tend to play out in various surprising and extreme ways that should leave you shocked. Just as these things happen in the real world!

Derrick Borte directed Unhinged and he did a great job at capturing the violence and realism required for this storyline to work. This might be a psychological thriller on paper, but it definitely feels like a horror movie at times.

Derrick Borte directed his first feature film back in 2009. It was the comedy film The Joneses and we all know that horror and comedy are the two genres where timing is of the essence. And he definitely has that nailed. Including several awesome (often somewhat untraditional) jump scares that are bang-on.

The script was written by Carl Ellsworth. He previously wrote screenplays for horror movie remakes such as Disturbia (2007) and The Last House on the Left (2009). However, he has also written original screenplays such as Wes Craven’s Red Eye (2005) and he’s slated to write the Gremlins 3 screenplay.

Unhinged is one of the first bigger movies to be released in the US during the Corona-crisis along with the zombie movie Peninsula (the sequel to Train to Busan). Basically, it’s up to genre fans to help the movie industry get back on track. So, do your part and check out this movie in whatever way possible.

If nothing else, Unhinged should help you forget about the pandemic. If only for 90 minutes!

Unhinged is a psychological thriller that takes something we’ve all experienced – road rage – to an unpredictable and terrifying conclusion. Rachel (Caren Pistorius) is running late getting to work when she crosses paths with a stranger (Russell Crowe) at a traffic light. Soon, Rachel finds herself and everyone she loves the target of a man who feels invisible and is looking to make one last mark upon the world by teaching her a series of deadly lessons. What follows is a dangerous game of cat and mouse that proves you never know who you’re driving next to. 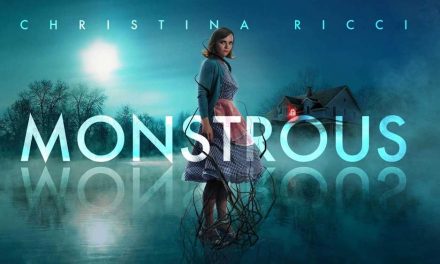 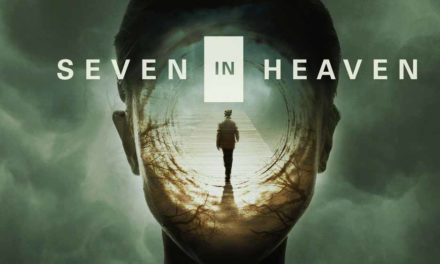 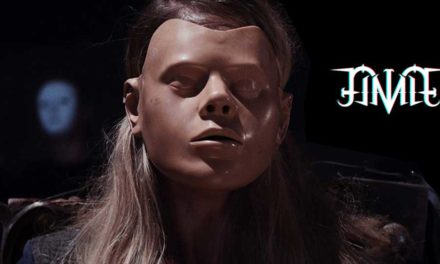 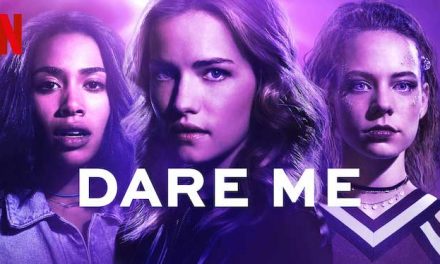