Stephen King’s The Mist has a perfect TV pilot 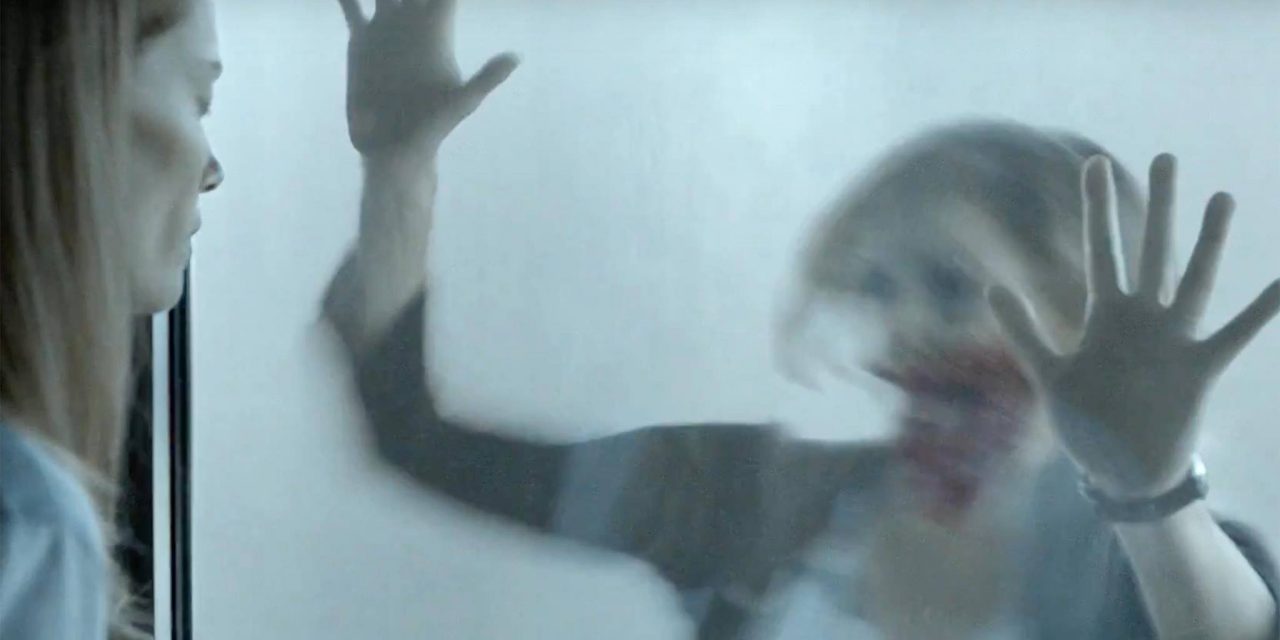 The Mist hits TV screens with the Spike TV adaptation of Stephen King’s story. We loved the movie adaptation and the TV pilot is off to a great start!

The Mist obviously begins its TV run by having a pilot introduce the characters. And even if the story doesn’t move forward much, it works perfectly.

We still get a definite sense of how bad things are about to get. Also, there’s plenty of death and creatures from the very beginning of The Mist TV show.

Another thing I was very happy to see; A wonderful focus on diversity. We get people of color and LGBT characters in key roles. And just like it was the case with the movie, we know from the beginning that these characters will clash in the worst way.

The look and feel of the mist itself work as well as can be expected. I mean, it’s a semi-translucent layer that still has to allow us [the audience] to see what’s going on. It’s eerie when it’s rolling in and enveloping the town, and once it’s there the real horrors begin! 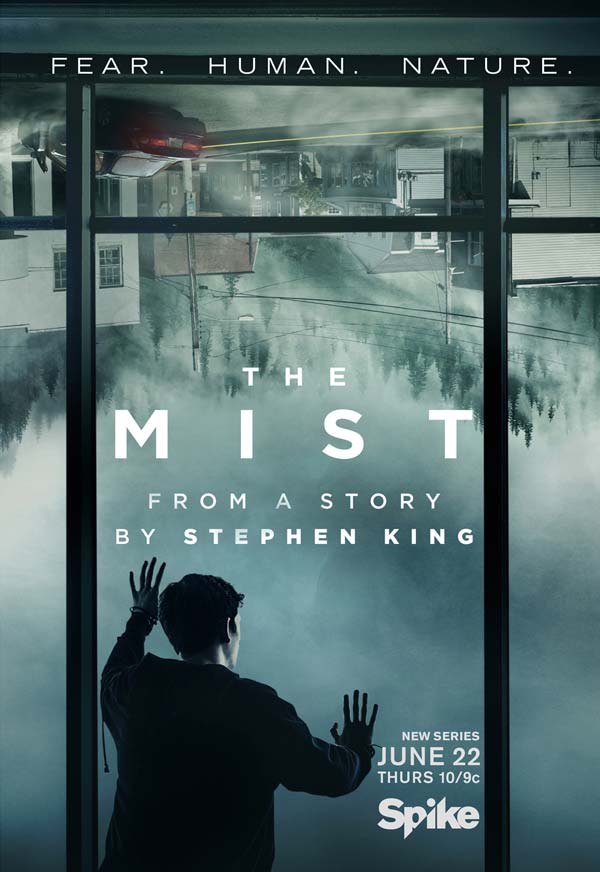 Who will be your favorite character on The Mist?

My biggest fear with any new TV show is whether my favorite characters will even make it through the first season alive. Especially when it’s a horror show.

And make no mistake, The Mist is definitely a horror show.

Not only does it come from the mind of Stephen King, but anyone who’s read the story or watched the movie will know how bad it gets.

Many characters will die, which results in both acts of vengeance and utter heartbreak. Also, their deaths tend to be very gruesome. We get a taste of this in The Mist TV pilot, but I have a feeling it’s going to get a lot worse.

And speaking of favorite characters, one of mine is definitely Mia Lambert. She’s portrayed by the amazing Danica Curcic, from my native Denmark. Obviously, I might be a bit biased, but seriously, she’s a total badass in every way and seems like a survivor. Basically, I’d stick with her if I was caught in the mist. 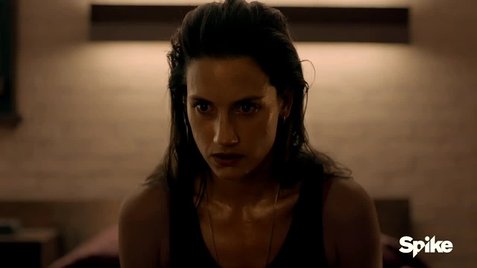 The character of Mia is a loner, who’s used to fighting for everything she wants. And yes, she probably messed up plenty to alienate people in the past.

As Mia, Danica Curcic gets to say some of the best lines in this TV pilot. She’ll definitely be one of the more entertaining and intriguing elements of The Mist TV show.

Danica Curcic hasn’t done much work outside Denmark (or Scandinavia), but there’s no doubt she’s a rising star. Just wait until you see more from her. You’ll understand.

One of my favorite character arcs ever was that of Marcia Gay Harden, when she portrayed Mrs. Carmody in Frank Darabont’s amazing movie adaptation from 2007. To this day, I haven’t gotten over it. And I still adore Marcia Gay Harden for making me hate her with every fiber of my being when watching her in The Mist ten years ago.

I honestly can’t wait to see how Frances Conroy will give us this experience. She definitely seems to be portraying a similar character in this TV adaptation.

Frances Conroy’s character is Natalie Raven, who gets introduced to the mist itself in the pilot episode. Quite violently, I must admit. Obviously, I have no doubt that Frances Conroy of Six Feet Under and American Horror Story can deliver. She always delivers!

The real question is whether the writers can pull it off. If I’m worried about anything, it’s that this will be problematic. But having Frances Conroy play the part gives me faith that it’ll work.

Finally, I need to mention Alyssa Sutherland (Aslaug from Vikings). She’s probably the character with most screen time in The Mist TV pilot and deserves every second. She’s dealing with some very intense issues before the mist even arrives and handles every scene beautifully.

While writing this, I can’t help but notice how I’m focusing on three characters that are all female. But from this pilot episode, it’s obvious that the women will be a driving force.

And really, it should be no surprise since the show’s creator is Christian Torpe from my native Denmark. Not only is he another fellow Dane, he’s also an award-winning writer.

Christian Torpe wrote and produced the hit TV series Rita, which focused on a school teacher, who’s pretty unconventional and adored by her students. The show is Danish but became an international hit thanks to a Netflix release.

Basically, Christan Torpe has proved that he knows how to create a hit TV show and excels in writing amazing female characters. What’s not to like?

If The Mist pilot is any indication – and it certainly should be – we can expect the same from this TV show adaptation of the amazing Stephen King story.

The pilot was written by Torpe himself and directed by Guy Ferland. Ferland has plenty of experience with horror TV shows as he has directed several episodes of The Walking Dead and The Strain.

Read our review of The Mist episodes 2-4 here >

After an eerie mist rolls into a small town, the residents must battle both the strange mist and its lethal threats. All while fighting to maintain morality and sanity. 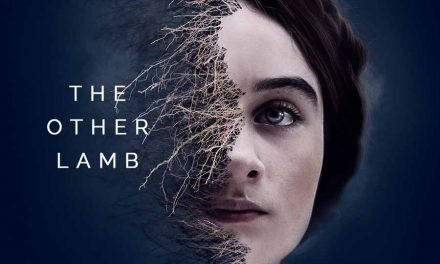 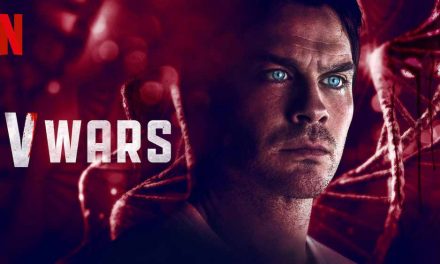 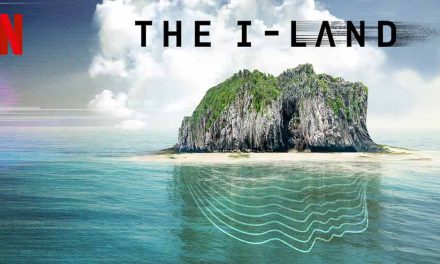 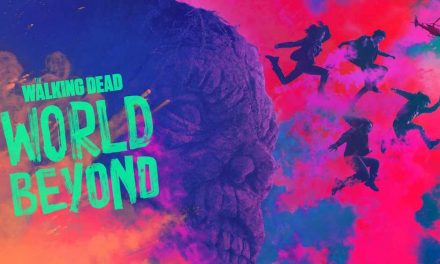