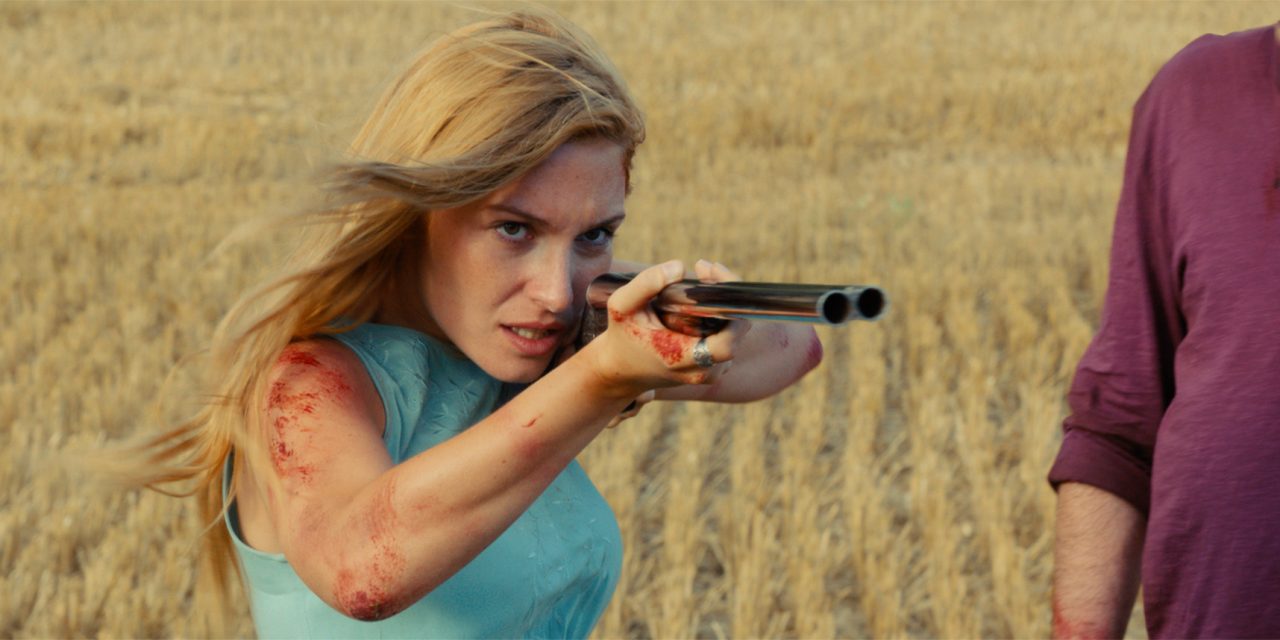 The intense feeling of unease – along with some odd characters – isn’t enough to keep Road Games truly thrilling, but the creepiness works. It really does! 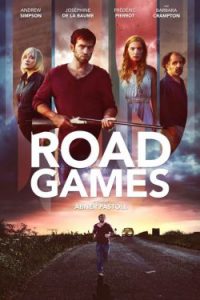 If you’re not really into French horror, then Road Games could be a pretty good introduction. Not that it’s without issues, but because a lot of the dialogue is in English. Out of the four main characters, we’re dealing with two from France, one Brit and one American. This ensures that the characters are speaking both French and English – including a combination, since most of them speak both languages to some extent.

It actually works really well. So much so that I almost feel like I can speak a bit more French now compared to before I started watching the movie. Still, there’s quite a lot of creepiness going on, so it’s not like you’re actually paying too much attention to which language is being spoken.

You do however take notice of how you’re switching between reading subtitles and simply paying attention to what’s going on. Unfortunately, keeping you attention on what’s going on can become a bit of a hassle, when it comes to Road Games.

I’m one of those people, who just love trying to guess the plot. Or rather, the plot twist. In fact, I love doing this so much that it can be pretty annoying to anyone else watching the movie with me. Admittedly, my theories tend to become increasingly erratic as a plot evolves. That’s why Road Games became a bit of a challenge for me. From the opening scene, it’s very clear that something is going on that we’re not supposed to fully know or understand just yet. This of course means I start guessing right then and there.

The story line in Road Games is a mystery wrapped in horror and drama, so I’m guessing most people would try to guess – or simply understand – what’s going on. What we do know from the beginning, is the fact that a serial killer is on the loose. This knowledge is followed by introducing us to a number of very odd and suspicious characters. Obviously, we’re supposed to start accusing them of being the killer. And fine, I do play along!

However, the issue then becomes a sense of resolve. Or the lack there of. When we keep going without having any sense of getting closer to the answers, we [the audience] begin to tire of yet another innuendo filled piece of dialogue. Oh, don’t worry though, you will get your resolve before the end credits. Whether or not you’ve already guessed how things fit together – or is chocked by it all – is another issue.

French, British and American in all its glory

As far as the cast goes, we have Barbara Crampton (We Are Still Here), who has been somewhat of an icon in the world of horror ever since she was in Re-Animator back in 1985. The French touch comes from Frédéric Pierrot (Sarah’s Key) and Joséphine de La Baume (Kiss of the Damned), while the primary lead character is played by the British Andrew Simpson. He did an excellent job in this, and worked perfectly as the one character to keep the audience somewhat grounded.

Overall, they all do excellent jobs, but Barbara Crampton struggles with a few lines. It’s a crazy mess when she’s speaking French with an American accent so thick it sound more like an Asian language than anything out of Europe. It’s actually quite funny, but I really don’t think this was the intention. Especially because she has a few truly heartbreaking scenes. Fortunately, this also means she has some of the best scenes of the movie. I just wish they had dialed back on her speaking French, because it just doesn’t work – and you don’t have to speak the language to know this. 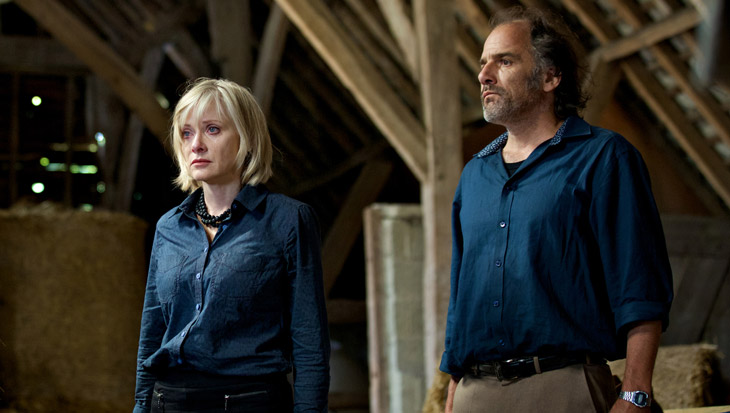 The movie was written and directed by Abner Pastoll, and Road Games is his solo feature film debut as a director. He also did the feature film Shooting Shona back in 2004, but that one was co-directed with Kamma Pastoll. The potential is clear as day, but the mystery is dragged out too much for my taste. When the focus on keeping the pieces apart to tease the audience, is greater than telling a good story, then you have a problem. In this case, it resulted in the characters themselves seemingly not understanding what was going on, which – in the end – just doesn’t make sense.

Road Games is out on DVD, Blu-ray and VOD now – it’s also still doing film festivals and will be at FrightFest London this August.

The sun drenched days of summer turn dark and ominous for hitchhiking duo Jack and Véronique when they become inexplicably entangled with a mysterious married couple and a local road kill collector in rural France.