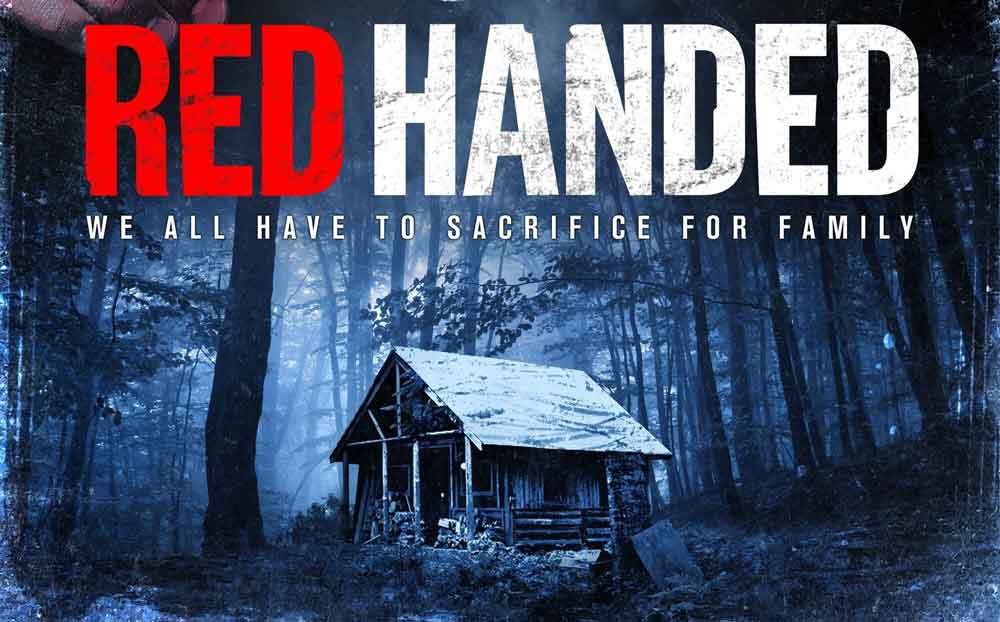 RED HANDED is a new thriller that starts out okay enough but ends up being rather messy. Overall, the plot is just very predictable and the female characters in this movie are grotesquely stereotypical. Read more in our full Red Handed review here!

Red Handed is a new thriller which has also been titled Children of Moloch. Honestly, the latter title seems a lot better suited, but maybe the filmmakers were afraid it could seem like a spoiler. If that’s the case, then so is the official plot – to put it mildly.

Besides, the storyline in this movie is extremely predictable. As we watched this movie, we litteraly said out loud what would happen next and won the jackpot every time. If we had made it a drinking game, we would have been out cold about halfway through and this movie has a runtime of 91 minutes.

Get to know more about this rather messy thriller in our Red Handed review below.

The cast of Red Handed

Let’s be honest, a big selling-point for Red Handed is having Michael Madsen and Michael Biehn as part of the cast. Obviously, they both play minor roles, but they are key characters, so we’re not talking cameos or anything. Generally, the acting from everyone is pretty good, but I’m sorry to say that to me Christian Madsen is a glaring exception.

Christian Madsen is the real-life son of Michael Madsen and also plays his son, Duffy, in Red Handed. I don’t know what it is about his performance, but it really does not work for me. Everything falls flat and the lines just do not work. This only becomes more apparent when the two actors playing his brothers, Gus and Pete, in the movie are part of a scene.

Because they actually work pretty well. Owen Burke plays Pete and you might recognize this big guy from the current season of Castle Rock or the Joe Hill adaptation NOS4A2. The other brother, Gus, is played by Ryan Carnes who has been part of both Doctor Who and Desperate Housewives along with the horror movie Trailer Park of Terror (2008). 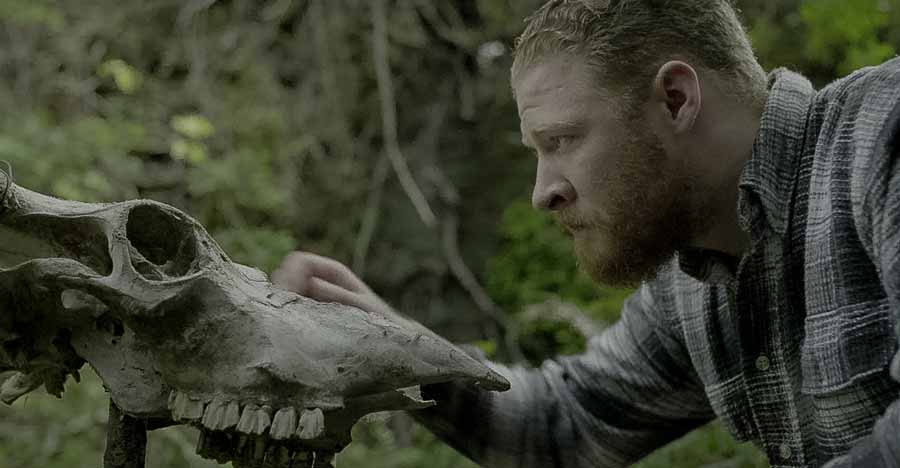 When a plot goes wrong

The first half of Red Handed made me think this movie would probably be able to land at a solid 3 star review. Nothing too special, but interesting and entertaining (despite the less than impressive performance from Christian Madsen). Unfortunately, the plot takes several awful turns that no amount of brilliant acting would have been able to save.

All the female characters are pretty irrelevant. I mean, they do play parts but grotesquely stereotypical ones that involve seducing men and then turning on them. I will say that the female actors tend to lean into these characters and play them in a somewhat over-the-top way which is the only way to do it. Good on you, ladies!

Also, while actor Caroline Vreeland is mostly a character with very large breasts, she is also a total badass and has the most amazing voice. Yes, there is a bit of singing in Red Handed and it was probably my favorite part. Be sure to check out some of Caroline Vreeland’s music on YouTube here!

What definitely wasn’t my favorite part was the last 15 minutes or so. Good Lord, rarely have a movie been so damn predictable and just stupid.

For one, the man who goes from “looking for his son” by fighting with his brother and somehow not calling the police (or even the child’s mother as the first thing) ends up being quite the hero. Oh please!

Save your father-son moments for a story where the plot has actually done any kind of build-up for that kind of thing. This just felt very forced, weird and oh so predictable.

Red Handed was written and directed by Frank Peluso which was his feature film debut in both instances with this movie. I can’t say I’m impressed with the script (at all) and it’s difficult for me to comment on the directing since the lackluster storyline had already ruined it for me.

Those who read reviews on Heaven of Horror regurlarly will know that we don’t like to trash-talk movies. Afterall, filmmakers do tend to have both pride and passion when it comes to their productions. Unfortunately, I can’t really see or feel either of those things when I watch Red Handed. Maybe in the first half of the movie, but the second half ruins just about everything.

Red Handed will be out on DVD and Digital December 3, 2019 from High Octane Pictures.

When their father is murdered, three brothers descend upon an Oregon mountain river to spread his ashes. After they arrive, one of their children goes missing. One of the brothers was himself abducted 30 years ago when they visited this same river, but he has blocked the incident out of his mind. Only by unlocking the mysteries inside his subconscious, will they be able find the child and return him to safety.