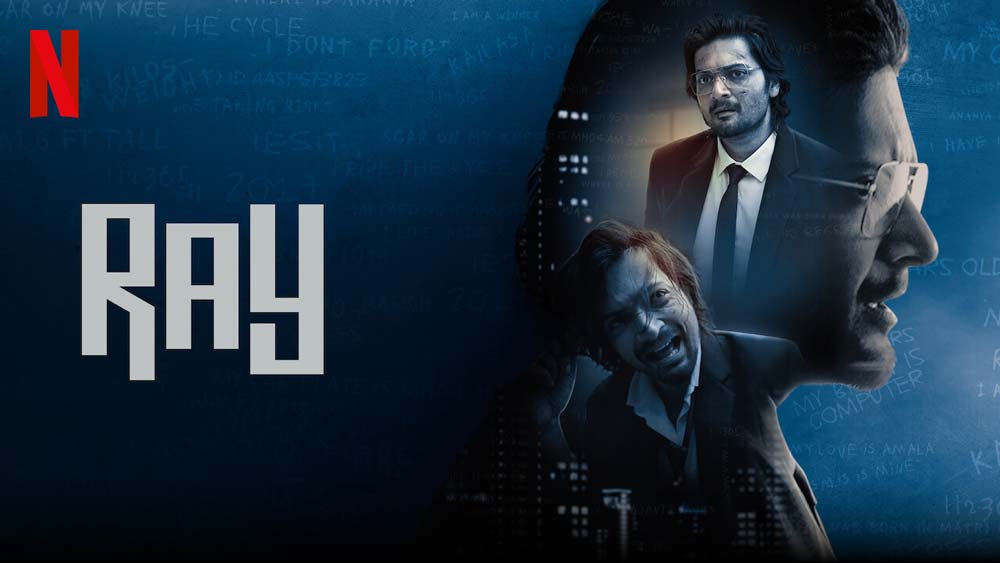 RAY on Netflix is a mini-series from India. It covers thriller, crime, drama, as well as some supernatural elements. All four episodes are based on Satyajit Ray’s short stories (org. title X-Ray: Selected Satyajit Shorts). Read our full Ray mini-series review here and find it on Netflix!

RAY is a new Netflix mini-series in the thriller, crime, and drama genres. All four episodes have a little bit of everything. However, especially the first two episodes are rather dark and should please genre fans.

The four episodes in this mini-series are based on Satyajit Ray’s short stories. The full original title is actually X-Ray: Selected Satyajit Shorts. The runtime of each episode is around the 45-minute to 1-hour mark. As always with productions from India, there is a lot of English spoken. The first episode, in particular, is almost entirely in English. The rest, not so much.

Continue reading our full Ray mini-series review below. We’ve watched all four episodes for this review.

The series stars Manoj Bajpayee, Ali Fazal, Harshvardhan Kapoor, Kay Kay Menon, Gajraj Rao, and Radhika Madan, along with many other cast members. If none of these names seem familiar, then don’t worry about it. The point is simply that you’ll meet a lot of characters, played by wonderful actors.

Also, since the series is all about identity, you just need to sit back and get to know these weird and quirky characters. You’ll probably like some, but loathe most (at least to a point) of the main characters.

The first episode of the Ray Netflix anthology series was definitely my favorite. However, they each have something special going for them, so let’s do a quick rundown of all four episodes.

Forget Me Not is episode 1 of Ray

Official plot of “Forget Me Not”: A cut-throat corporate shark prides himself on his vivid memory until an encounter with a woman he can’t recall sends him down a vortex of self-doubt.

This episode is dark and sinister in several ways. Obviously, that means we enjoyed it quite a lot here at Heaven of Horror. I even liked the ending which shows how it’s all connected in the form of a theatrical play almost. It might not be for everyone, but I think it worked really well with long shots and full disclosure of its mystery. 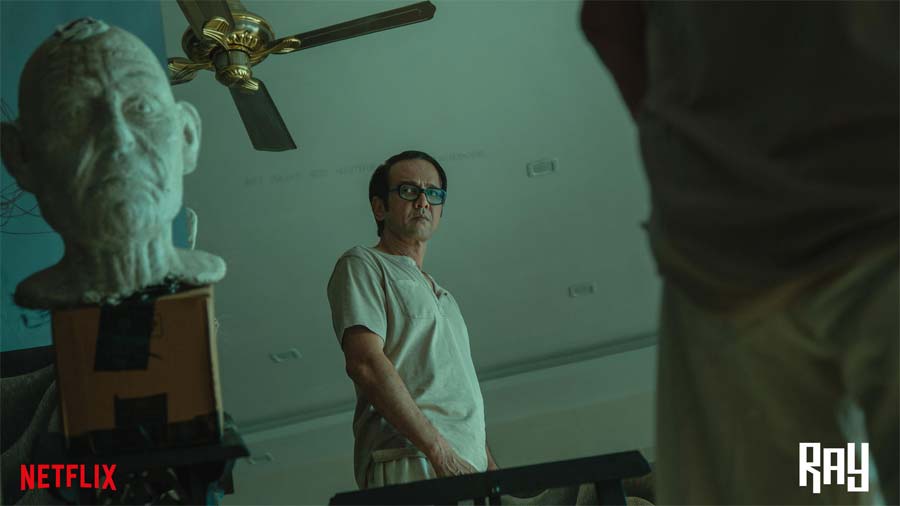 Bahrupiya is episode 2 of Ray

Official plot of “Bahrupiya”: When a timid makeup artist begins making and using prosthetic to get back at those he feels wronged by, his masks could be his armor – or his undoing.

An episode that could easily be compared to Todd Philips’ Joker (2019). This is yet another dark episode but in a different way. A timid man discovers what he can get away with when he puts on a mask. Something he is quick to use in all kinds of depraved ways. However, in this anthology series, there is always a price to pay for bad behavior.

Official plot of “Hungama Hai Kyon Barpa”: When a singer with kleptomaniac tendencies encounters the victim of one of his thefts years later, his restitution attempt doesn’t go quite as planned.

The third episode takes a turn for the more comedic with a light-hearted story about trying to right your wrongs. Sometimes while still doing wrong things. It’s a fun little story but after the two darker episodes, this one almost felt too light. Oh well, there’s a little something for everyone.

Spotlight is episode 4 of Ray

Official plot of “Spotlight”: A popular but creatively unsatisfied actor grapples with his growing insecurities as another icon’s dazzling aura threatens to dim his star.

The final episode of this Netflix mini-series has a main character that needs to find (or know!) his place in the world. He certainly gets into a whole lot of trouble for cursing the divine. All because he wasn’t allowed to stay in the “Madonna room” (as in the room Madonna once stayed in) at a big hotel. This episode started out well but just went on for far too long.

The four episodes in this Netflix drama-thriller anthology series are directed by Srijit Mukherji, Vasan Bala, and Abhishek Chaubey. As already mentioned, the series itself is based on the writing of Satyajit Ray. More precisely, the four episodes are modern adaptions of four short stories by Satyajit Ray.

The four episodes in the Netflix anthology mini-series Ray seem to revolve around the subject of identity. Both the innermost workings of your character as well as who you want to be. While the two first episodes take some sinister turns along the way, the two last episodes have a somewhat lighter tone and utilize humor more than fear.

In other words: if you’re a genre fan, then you could definitely get a lot out of the two first episodes. And if you don’t like watching productions in foreign languages, then episode 1 of Ray is probably in English up to 80-90% of the time, so you can easily watch that one. Enjoy!

A revolutionary film maker, an auteur, and the creator of the iconic Feluda series, Satyajit Ray is also celebrated for writing some of the best short stories India has ever seen. Vastly varying in genre and style, these stories are full of thrills, twists and turns with a strong emotional core keeping you completely hooked till the end. For the first time ever we present four such passionately curated stories under Ray. 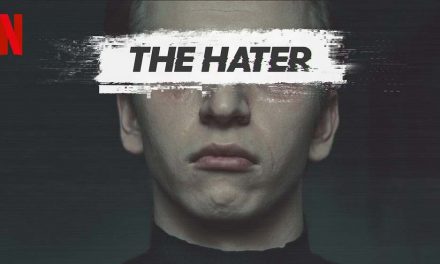 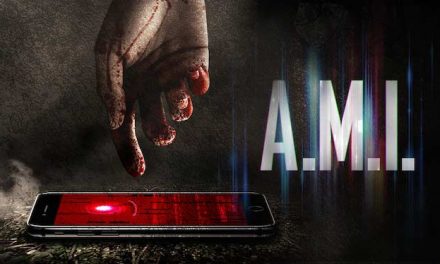 New Horror on Netflix in January 2018 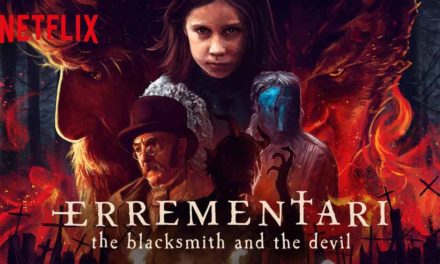 Errementari: The Blacksmith and the Devil (3/5)