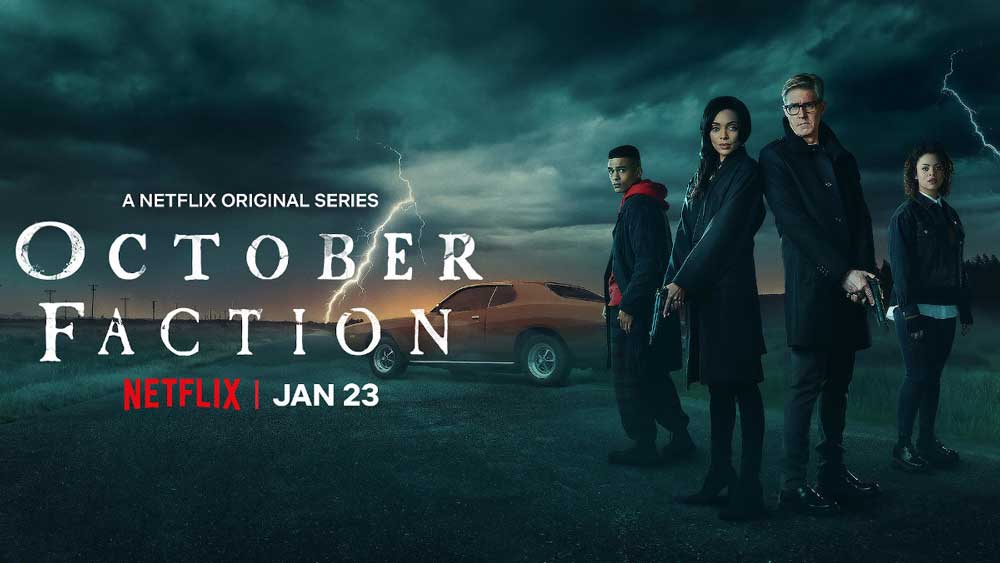 OCTOBER FACTION is a new Netflix series in the Horror and Sci-Fi genres. The plot and vibe is Supernatural meets Mr. & Mrs. Smith with a twist of Santa Clarita Diet. Yes, I love this new Netflix series. Read our season 1 October Faction review here!

October Faction is a new Netflix Sci-Fi Horror series based on the IDW comic. This is far from the first IDW comic getting adapted since 30 Days of Night was also an IDW comic as is the Wynonna Earp series on SyFy.

For this new Netflix series, the story revolves around a monster-hunting couple and their 17-year-old twins. Also, the plot includes vampires, witches, and all kinds of monsters and supernatural beings.

Continue reading our season 1 October Faction review below and check out the series on Netflix.

Overall, this new Netflix production can best be described as a wonderful hybrid of Supernatural, Mr. & Mrs. Smith and Santa Clarita Diet. Basically, this means I love this new series from the very beginning. I mean, what’s not to like?!

The October Faction series is mostly about the 17-year-old twins, Viv and Geoff Allen, and their parents, Fred and Deloris.

At the beginning of this new Netflix series, the Allen twins don’t know that their rather boring insurance sales rep parents are actually trained assassins who hunt monsters. Fred and Deloris do their best to try and fit in while working as agents for “Presidio”. However, it’s not so easy when you have to lie about virtually everything.

The twins themselves have a lot going on. Geoff is full of pop culture references (and he’s gay which we know from episode 1) while Viv is more dark and direct. Also, the series has elements of horror-comedy that works like a charm because Fred and Deloris are so damn awesome together. 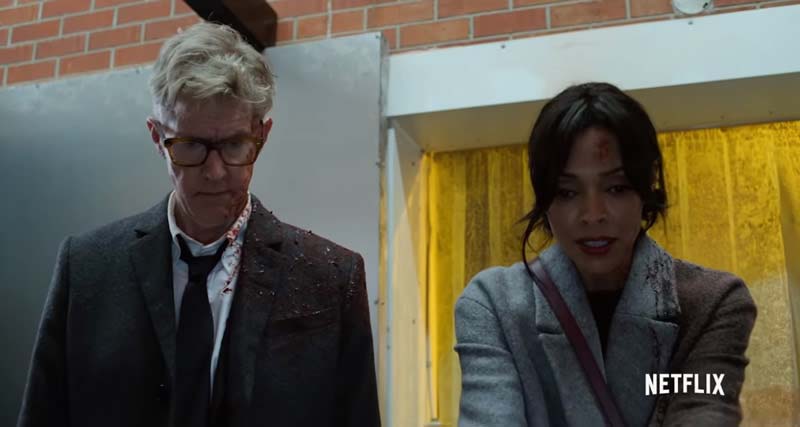 Such a cool genre cast

The cast of this new Netflix sci-fi series really is all kinds of cool. We have Tamara Taylor and J.C. MacKenzie as the parents/monster killers, Deloris and Fred Allen. You probably know Tamara Taylor from TV series like Bones or Altered Carbon.

J.C. MacKenzie has been in most of the movies Martin Scorsese has made these past decades. Also, he was in Hemlock Grove so he’s no stranger to genre productions.

In other October Faction key roles, you’ll see Stephen McHattie from The Strain and The Dark Stranger (review here) and Maxim Roy. You might know Maxim Roy from Shadowhunters: The Mortal Instruments.

Also, we have Megan Follows, who was the original Anne of Green Gables back in the 1980s. For October Faction, she’s both in front of the camera and behind it as the director of two episodes in season 1. She’s been directing TV series for a few years now and has a horror feature film titled Maternal in pre-production.

Anwen O’Driscoll comes on board in episode 2 as Cathy, a new quirky friend to Viv. She immediately reminded me of a young Kate McKinnon which is never a bad thing. Their friendship opens up a whole new branch of pop culture references.

And then there’s Grandma Allen who is not your average senior citizen. Wendy Crewson is absolutely brilliant as Fred’s mom despite being just 14 years older than J.C. MacKenzie. However, in the first scene with her, Fred also notes on the fact that she looks younger every year. Every scene with Wendy Crewson is just golden!

Sherif Gina Fernandez is portrayed by Nicola Correia-Damude who you might know from The Strain or the Apple TV+ series Ghostwriter. Yes, she’s basically yet another genre series actor. And her character in October Faction seems very interesting.

Also, the Allen house itself is almost a character in its own right. And that certainly isn’t diminished by the fact that it looks a lot like the house from The Haunting of Hill House which in itself is perfect. Especially the staircase area seems wonderfully familiar. 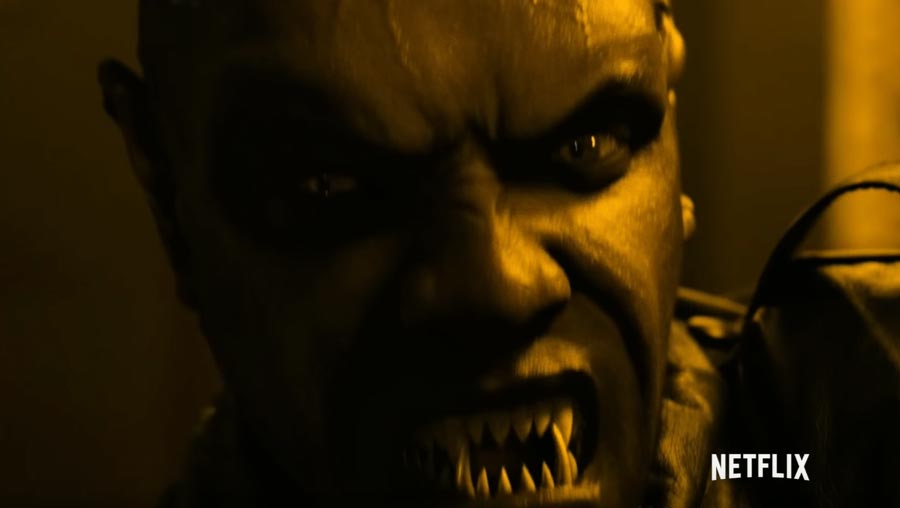 Damian Kindler is the creator of October Faction and also works as a writer, director and executive producer on the new Netflix series. You should know at least some of the previous shows Damian Kindler has worked on. They include Sleep Hollow, Stargate SG-1 as well as being the creator of the Sanctuary TV series.

Season 1 of October Faction has 10 episodes that range between 35-50 minutes in runtime. Be ready to feel the urge to binge-watch this. I was certainly hooked after just 10 minutes of episode 1 and the episode only got better from there.

Also, the episode titles along are very titillating. Episode 2 is titled No Country for Old Vamps and episode 3 is called The Horror Out of Time. I mean, come on, this new Netflix series has just about everything I want. Great characters played by wonderful actors and a story with both sci-fi, horror, and comedy. Do check this out ASAP.

Season 1 of October Faction is out on Netflix globally from January 23, 2020.

Monster hunters Fred (J.C. Mackenzie) and Deloris Allen (Tamara Taylor) hide their identities as members of a covert syndicate while their teenage kids, Geoff (Gabriel Darku) and Viv (Aurora Burghart), are forced to live in a town trapped in the past. From the comics by Steve Niles and Damien Worm.