NIGHTBOOKS on Netflix is a new horror movie for kids. It’s produced by Sam Raimi and, yes, it’s quite entertaining for horror-loving adults as well. Just set your expectations accordingly as an adult, as it’s a solid kids horror movie. Read our full Nightbooks movie review here!

NIGHTBOOKS is a new Netflix horror movie for kids. Obviously, you can enjoy this one as an adult as well – even without kids present. Especially since it is produced by Sam Raimi – which is actually obvious throughout the movie for fans of his work. Just make sure that you don’t expect a traditional horror movie made for an adult audience.

Then again, this is rated for 7 years and over, but unless you know your kid loves horror, you should watch it with them. There are plenty of moments (and monsters), I think many adults would squirm from or be scared by. Again, not the hardcore horror fans, but plenty of other movie watchers.

Continue reading our Nightbooks movie review below and find it on Netflix now.

I would have loved this as a kid

Saying that I would have loved Nightbooks as a kid, is not a way of saying that I don’t love it now. I am just very aware that it wasn’t made for adults and the kind of stories, we tend to enjoy and prefer. As an adult, I feel it drags on a bit at times. However, I can imagine that I would not have felt that way if I had watched this as a kid.

As a horror movie for kids, Nightbooks hits so many of the right spots. Watching this as an adult, you might be able to recognize yourself as a kid. Especially if you were the kind of kid that liked horror or the more macabre.

Check out our review of Ghostwriter on Apple TV+ here >

From watching this movie, I would have never guessed that it was rated for kids 7 years and over. I would have thought they’d set it a bit higher since there are many legit scary moments. Sure, it’s colorful and funny at times, but it is also creepy as hell. Plus, the kids in this movie live in constant fear of being killed – and talk about this fear and risk.

That’s some dark stuff to consider at such a young age.

The awesome little cast of Nightbooks

For most of Nightbooks, we see just three characters. Or four, if we are to include the cat, Lenore, and we really should!

The horror-loving little writer, Alex, is played by Winslow Fegley, who is perfect for horror. He was also in Come Play (2020) where he was a friend of the lead character. I actually feel he would have been better in the lead, but maybe that’s just me. In Nightbooks, he definitely proves that he can carry a movie!

Our review of the horror movie Come Play here >

As the witch “Natacha” we see Krysten Ritter, who is clearly having a blast playing this over-the-top character. She is both scary, funny, entertaining, and has the perfect vibe. Imagine Jessica Jones (also played by Krysten Ritter in the Netflix series adaption) as a witch, and you’re almost there.

Another kid trapped by Natasha is Yasmin, who is played by Lidya Jewett. I am not always crazy about kid actors, but for this horror movie aimed at kids, they hit the sweet spot. Also, both Winslow Fegley and Lidya Jewett have to play it “straight” across from Krysten Ritter’s campy character, which they do perfectly.

Had this not worked, I would not have enjoyed this movie. Too often, the kids are tasked with playing their characters too silly. Not in this one!

While horror filmmaker Sam Raimi (Evil Dead, Drag Me to Hell) is a producer on this Netflix horror movie for kids, he isn’t involved with the writing or directing. Instead, we get Brightburn (2019) director David Yarovesky for directing. And he definitely knows how to make it scary even if the main character is “just” a kid.

The movie is based on the book by J.A. White with the screenplay written by Mikki Daughtry and Tobias Iaconis. If these names seem familiar, it’s probably because they wrote the movie The Curse of La Llorona (2019) which is part of James Wan’s The Conjuring universe.

We all know that many kids love watching the same thing over and over again (some of us still have this love as adults), so it’s bound to be watched for Halloween as well. And since it’s also quite entertaining for adults, this just might be the beginning of a new kids horror franchise. I actually hope so!

When Alex (Winslow Fegley), a boy obsessed with scary stories, is trapped by an evil witch (Krysten Ritter) in her magical apartment, and must tell a scary story every night to stay alive, he teams up with another prisoner, Yasmin (Lidya Jewett), to find a way to escape. 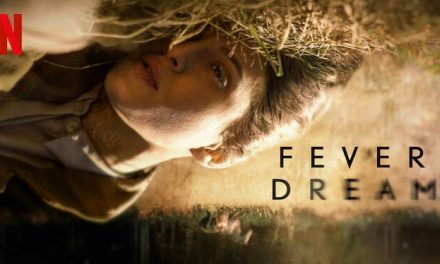 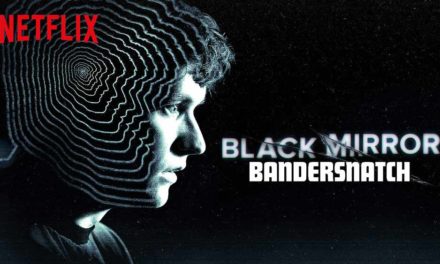 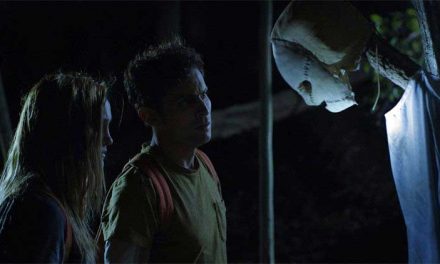 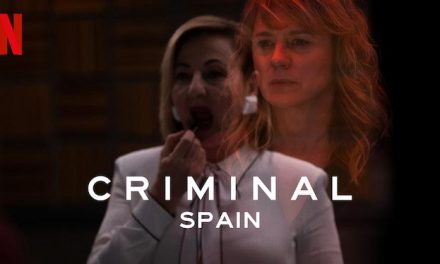