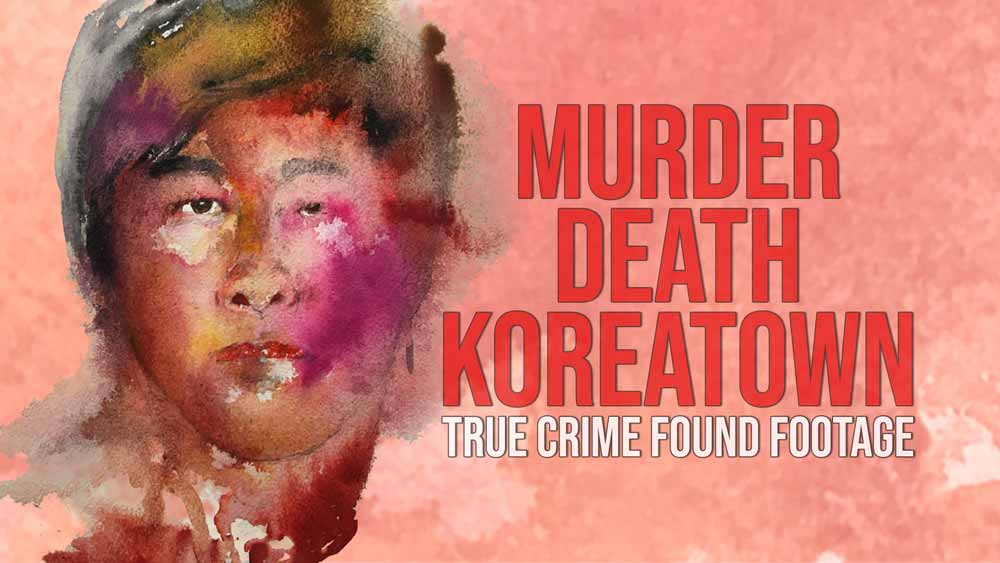 MURDER DEATH KOREATOWN is a new crime, horror, mystery. This is an indie movie where the less you know beforehand the better. Also, it’s found footage and it’s awesome, so be sure to check it out. Read more in our full Murder Death Koreatown movie review here!

Murder Death Koreatown is a found footage movie in the crime, horror and mystery genres. Even if you’re not usually into found footage, you really want to give this one a chance.

Just like with most other found footage movies, the less you know going in, the better. It’s an indie movie with a tiny budget. However, the story and especially the storyteller just pulls you into his wacky worldview.

What really works for Murder Death Koreatown is the weird and wacky realism. Most of the people and things you see are very familiar in various ways. From the storyteller’s personal relationships to his reactions to things. You may not recognize yourself in him, but the type of person he is, should be familiar to many.

Look, I cannot overstate this enough: The less you know, the better! In other words, I will not be going into plot elements or the storyline itself. The official plot is all you need to know. Also, I have to commend the brilliant storytelling vibe of this movie.

It’s almost like a podcast in the sense that it really is all about the story being told. Sure, we see pictures and fascinating diagrams made by the storyteller to get us into his worldview. But overall, Murder Death Koreatown will not be winning any awards for cinematography.

In fact, it drove me crazy that the camera was so bouncy. However, it is perfectly in line with the story. And for this movie, the story is everything…. well, along with the storyteller! 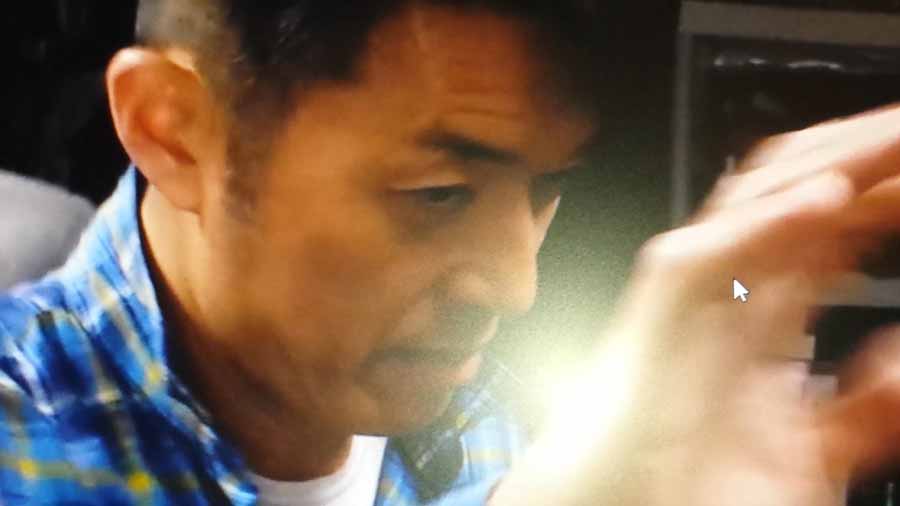 Found footage as a horror genre

When found footage movies first emerged and made a huge splash with The Blair Witch Project (1999), it seemed like the perfect way to make a movie with a small budget. And it was! If you had a good story and some good actors, you could get very far. Paranormal Activity is another good example of this.

Also, found footage was used for movies with bigger budgets such as the first Cloverfield movie. Another brilliant example of how to use found footage as a storytelling device more than a budget-saving one. More good found footage movies followed, but – as it’s always the case – a lot of studios just wanted to ride the found footage niche wave.

This resulted in a lot of rather crappy movies in this genre, which is classically a subgenre of horror. This gave the subgenre a bad rep and suddenly it became difficult to pitch even the best of stories in the genre. Even the fairly recent Blair Witch (2016) didn’t work as well as I would’ve hoped… and expected.

Fortunately, all of that seems to be changing once again. The last two found footage movies we’ve reviewed here at Heaven of Horror are wildly different, but both utilize the found footage element perfectly. The most recent one is of course Murder Death Koreatown, which is the movie featured in this review. Before this one, there was The Lost Footage of Leah Sullivan.

You might also like: Our review of the indie found footage movie The Lost Footage of Leah Sullivan here >

If you’ve grown tired of found footage, then please do yourself a favor and check out both of these.

This is the part of our review where I’d normally go into who made it, but (as of writing this review) the filmmakers aren’t even listed on IMDb. Just as it was the case with The Blair Witch Project made more than 20 years ago, they’re going with the whole “is this real?” aspect of marketing… and I love it.

For the record though, if you watch the very final frame of the “credits” for the Murder Death Koreatown movie, then all your questions will be answered. Also, I can tell you that this movie was the winner of the 2020 Unnamed Footage Festival jury award for Best Feature.

I didn’t expect much from this movie, but I did hope to be entertained. This found footage movie delivered on entertainment and so much more. I cannot wait to see what the people behind this movie come up with next, but I hope it’ll be out soon. I think they could do a #stayhomestaysafe movie and I would be greatly entertained by their storytelling talent!

Murder, Death Koreatown is out now and you have plenty of ways to watch it and you really should. Click here to head on over to the website for the movie for additional information on how to watch it >

After his neighbor’s real life murder, an unemployed man goes down the rabbit hole investigating what he believes to be a conspiracy.