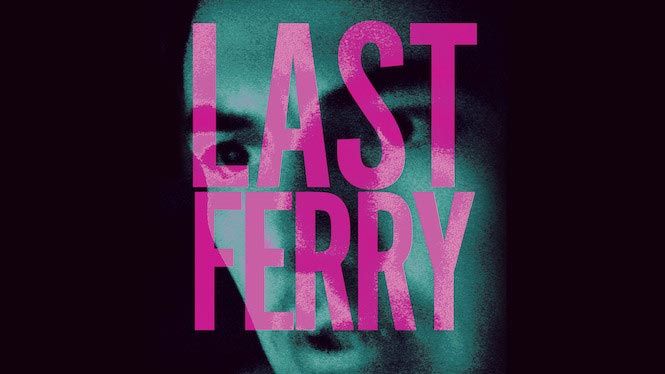 LAST FERRY is a new crime-thriller on Netflix. It features a murder and serious trust issues. The characters are mostly LGBTQ which I love. Both in terms of overall representation and diversity. Read our full Last Ferry review here!

Last Ferry is a new thriller on Netflix. It features a murder and a witness trying to find safety while recovering from being drugged and mugged himself. In other words, we’re dealing with a crime-thriller.

If you read the plot for Last Ferry you’ll realize that most of the characters are LGBTQ for an obvious reason. As someone who’s part of this community, I always welcome this. Representations matters as does diversity.

More than this, however, it matters how this representation comes across. And also, whether or not the movie is actually any good. In the case of this movie, the representation is good and the story works. Also, the cinematography is gorgeous!

Continue reading our Last Ferry review below to find out more about this thriller on Netflix.

When I talk about LGBTQ representation in terms of Last Ferry, I could just say “gay” since this isn’t really that diverse in terms of other sexualities. This is fine by me. I mean, the default is “straight” in most everything else.

Also, we’re not just dealing with “white gay males” in this movie, so they win points in that department as well. However, I should also mention that (of course!) there are some very stereotypical gay male characters. The “fabulous and funny diva” is there. But hey, he is both fabulous and funny, so (once again) it works!

Representation matters when it’s used to actually represent someone and not just entertain. Ideally, it should do both. This is actually something many Netflix productions excel at.

Now, Last Ferry is not a Netflix production but it really does do both. It’s entertaining while maintaining a focus on also representing a community. More importantly, the actual story is interesting and should surprise a few times.

This is clearly a passion project made by LGBTQ people. And also for them – as well as everyone else. With Last Ferry, you will see some steamy scenes between two men. Nothing crude or overt. And certainly not more than the straight sex scenes we’re used to seeing in many thrillers.

I’m sure it’ll be “too much” for some people, but they really need to get over themselves. Watch the movie unfold and deal with the sex and romance between a same-sex couple just as you do with 99.9% of all the other stuff you watch.

Also, I should mention that I enjoyed Ramon O. Torres’ portrayal of the main character. However, I did also really like the cast overall. His chemistry with Sheldon Best especially makes the plot work.

Sheldon Best (The Good Wife) really is all heart and loyalty as Cameron. And Myles Clohessy (Quantico) is broody, hot and dangerous as Rafael. Finally, I have to highlight Larry Owens (High Maintenance) who simply is fabulous and delivers perfect comic relief!

The ending of Last Ferry

Well, you won’t be confused about this ending since it’s not a mystery as such. In fact, this crime-thriller is never a “whodunnit” to the audience because we see what happens. Instead, the ending of Last Ferry is about getting the facts and details to the forefront. And, obviously, figuring out how to deal with them!

Last Ferry does have a very open ending. Or so you would think if you don’t let the credits run. There is a post-end-credits scene. But we’re talking deep post end credits. Whenever Netflix doesn’t cut off the end credits, you should know that something is up.

For this movie on Netflix, the actual ending of Last Ferry comes after almost two minutes of black screen. The final song is still playing and this alone should clue you onto the fact that something is up. And something is!

So, if you want the very final ending of Last Ferry on Netflix then just hang in there. It won’t be open-ended if you do.

Jaki Bradley is the director of Last Ferry with the screenplay written by Ramon O. Torres, who also stars in the movie. This is the first feature film for Jaki Bradley. In fact, it’s the first production of any kind since the only other IMDb credit is a short film in post-production.

For Ramon O. Torres, this is the third writing credit after working on a series and a short film in 2016.

I did not expect much for Last Ferry except an entertaining thriller that would also feel more personal due to LGBTQ inclusion. However, I was very pleasantly surprised that Last Ferry is actually a tight and solid thriller that entertains all the way.

For me, the cinematography was a huge part of this film’s overall success. It is so damn gorgeous, you’ll want to use some of these shots as a screensaver! Alexa Wolf is the cinematographer and I really hope to see more movies shot by her.

Overall, the cast might be very male, but during the end credits, you’ll see that women dominated the filmmaking. And you should watch the end credits and then wait for that final scene to know the ending!

When a young gay lawyer arrives on Fire Island to explore his sexuality, he becomes witness to a murder after being drugged. A stranger helps him to safety, but he soon discovers his savior is friends with the killer. 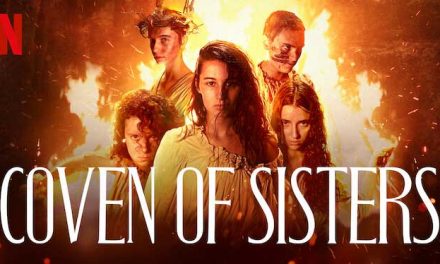 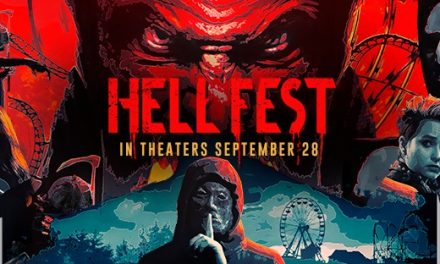 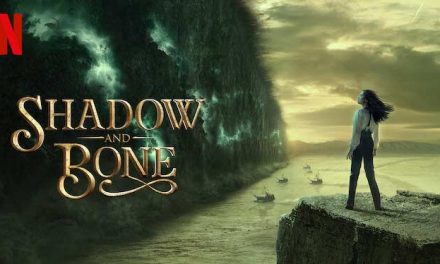 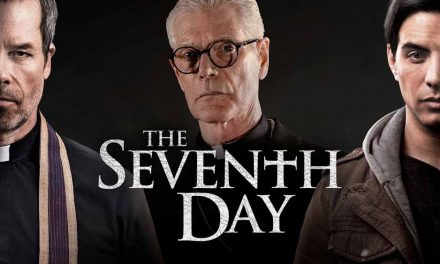