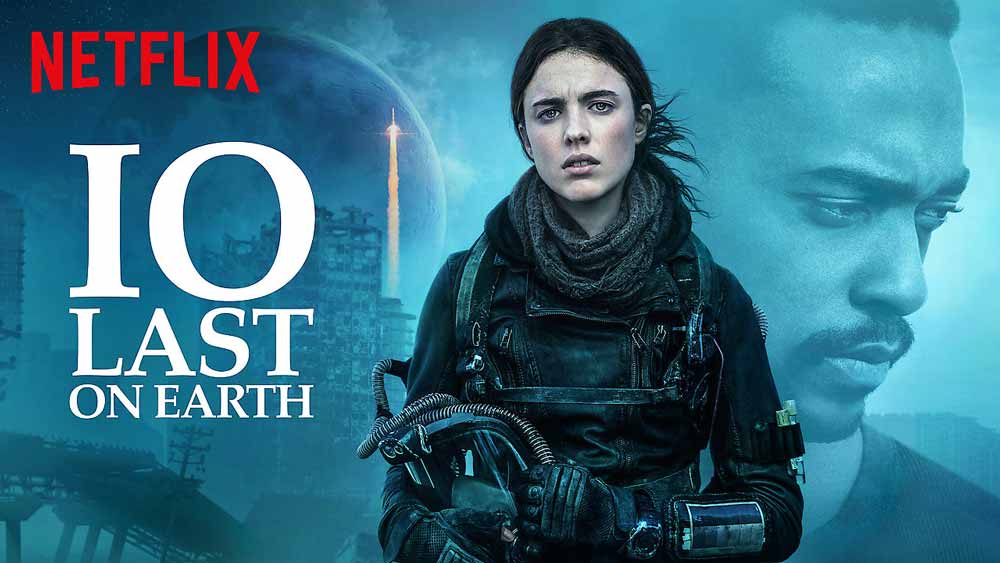 IO is a new Netflix Sci-Fi Drama. Unfortunately, it does focus more on the drama than the fascinating post-apocalyptic elements. There’s definite potential, but it falls a bit too flat. Find it on Netflix now!

IO is a new Netflix movie that covers the genres Sci-Fi, Adventure, Drama, and Romance. While the subject is very interesting, the two latter genres get too much influence on the overall story.

I mean, do we really need a romance element in a movie about our planet dying? People are forced to stay and most likely die or leave on an expedition called “Exodus” to the IO colony. That’s more than enough to make an interesting movie.

Basically, IO starts out feeling like I Am Legend (which I love) and goes into a The Martian vibe, which absolutely makes sense. But then it takes a turn into something along the lines of a Nicholas Sparks’ story. And not one of the better ones.

The ending of IO is actually quite interesting, but this Netflix movie will no doubt leave many puzzled and in need of an explanation. More on that later in this review…

A small cast for a small story

The story in IO is basically the story of Sam Walden (Margaret Qualley). She continues her father’s work and hopes Earth can be saved while others are leaving our dying planet. As always, Margaret Qualley (Death Note) gives a good performance. Even as her character goes from being strong and smart to a bit more flat when Micah (Anthony Mackie) comes along.

Anthony Mackie is someone I usually really like from his roles in The Hurt Locker and as Sam Wilson in the Captain American movies. In IO his role as Micah is incredibly stereotypical for a long time.

Finally, we have Danny Huston as Sam’s dad, Henry Walden. Danny Huston (American Horror Story) manages to almost have the most intriguing character. Somehow, Henry Walden seems the most fleshed out – despite his very limited time on-screen.

The characters in IO

Personally, I was annoyed by the characters a lot of the time. At one point, Micah (Anthony Mackie) who has barely managed to survive, feels the need to say to “I need you to focus” to Sam (Margaret Qualley). But Sam is the girl who has been living on her own and surviving just fine with plenty of food and water.

That’s just one example of a scene that felt like it didn’t really make sense. Not in the context of what we had been presented with so far, anyway. Even the initial scenes between Sam and Micah play out like the oldest trope.

He says “I can’t” and she says “We have to” within 48 hours of meeting. No, you really don’t have to. And I really wish you hadn’t. Especially as their (very limited) backstory unfolds later.

Oh well, at least you don’t have to sit through an actual sex scene. 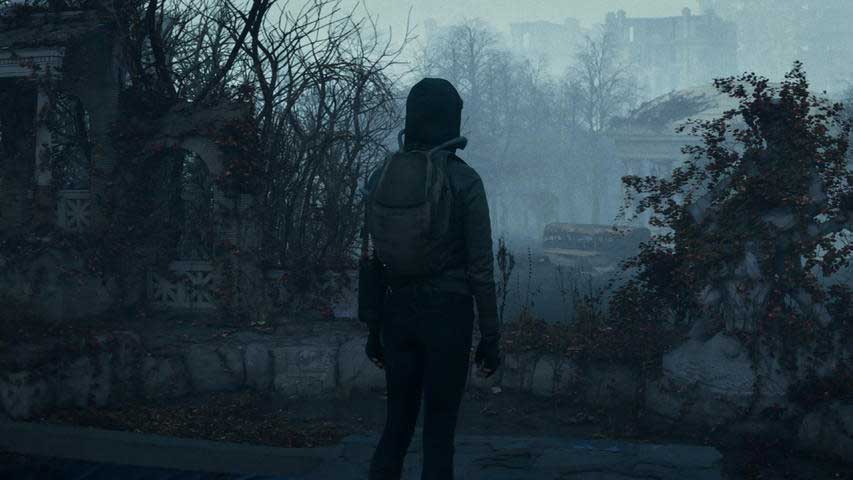 The ending of IO explained

Don’t worry, this won’t spoil your experience of watching the Netflix movie. The ending of IO is very simply up to your own interpretation.

If you’re an optimist, you will probably view it one way. If you’re more pessimistic, you will most likely think of it quite differently. Basically, the explanation of IO is all related to how much hope and faith you have in the self-healing powers of Earth.

Personally, I don’t mind these more open-ended ending to movies. Particularly in the sci-fi genre when everything is possible. But I don’t think the ending of IO is particularly well suited to the story they’ve just spend 90 minutes telling its audience.

But hey, maybe you’ll enjoy the ending of IO. In fact, maybe IO will be the Netflix movie to launch a thousand fanfics.

You’ll get the little “inside joke” of this once you watch the movie. And, of course, you should watch IO on Netflix for yourself before forming your opinion of the movie.

You can watch IO on Netflix now

Since IO is a Netflix production, the movie is released worldwide immediately. I always love when this is the case since people can have very different opinions based on their culture and taste. For example, many Danish people weren’t too crazy about the Danish Netflix series The Rain, while people outside Denmark seemed to love it.

I’m sure there’s an audience for IO but I doubt sci-fi fans will be very happy with it. There’s so much potential in a story about having to leave Earth due to lack of food, water, and breathable oxygen.

Somehow, IO manages to make this feel like a secondary story.

One of the last survivors on Earth, a teen races to cure her poisoned planet before the final shuttle to a distant space colony leaves her stranded.