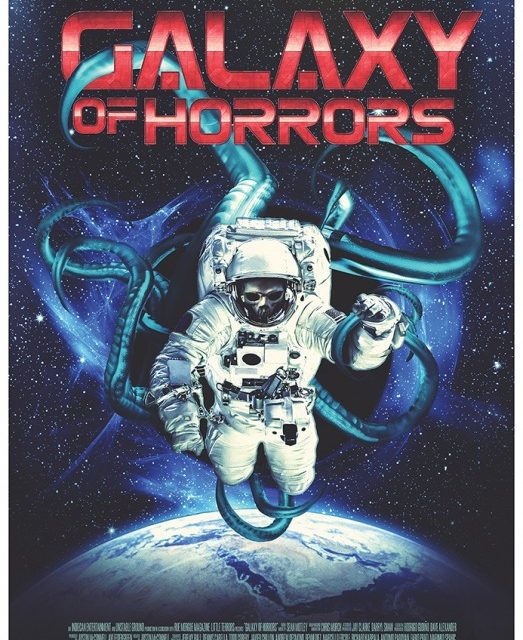 Galaxy of Horrors is a new horror anthology, but honestly, it’s not like we can get enough of them. And this one even reminds us of the amazing Black Mirror TV show.

The premise of the Galaxy of Horrors anthology is a man trapped in space, who gets forced to watch these horror shorts. Not the worst situation, you might think, but he pays for this “in-flight entertainment” with life sustainable power. Unfortunately, he can’t remember the password to stop the entertainment.

As these anthology movies go, the Galaxy of Horrors takes on the tie-in really works for me. Many of the shorts are very dark, so the little nuggets of comedy is a welcomed relief.

Speaking of the dark elements, the style of the shorts in this horror anthology always have a sci-fi twist. This quickly reminded me of the Black Mirror TV show. That particular show consists of almost hour-long episodes, which obviously isn’t the case here. But the darker take on technology – and the ways in which us humans can’t handle the power – is very reminiscent of Black Mirror.

And since I love that series, it’s a huge compliment. Maybe even too big!

The hits and misses of Galaxy of Horrors

I wasn’t completely blown away by Galaxy of Horrors, but it did have some great elements. I wouldn’t really say any of them were truly bad, but some of them really weren’t to my taste. And yes, there is a difference.

Just because I don’t personally care for something, doesn’t mean it’s bad. Also, some of the stories had some remarkable concepts that weren’t executed very well.

The segment called Pathos was very interesting, but the execution of the storytelling fell short for me. It reminded me of both The Matrix and Cube without really being as clear and direct in its storytelling. 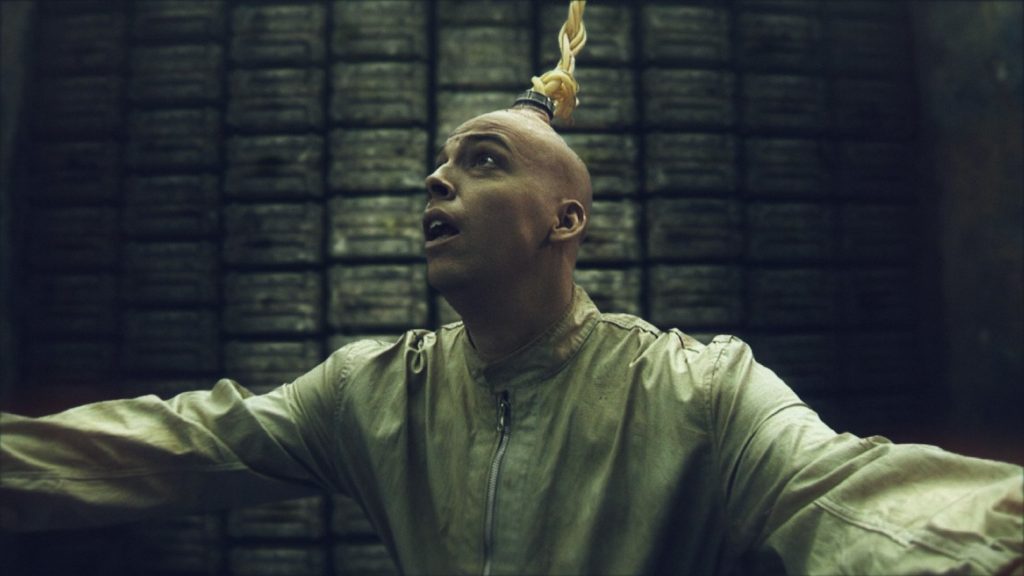 Among my absolute favorites was Iris. It’s a take on how much power we give away when our smartphone basically records and know everything we do. It’s relatable while giving the AI element a sci-fi twist by taking it longer than where we are now.

And the obvious references to iPhone, Steve Jobs and Siri are very tongue-in-cheek. I mean really, Iris is “Siri” spelled backward so it’s not like you have to decode it much. Iris is a short film from 2015 written and directed by Richard Karpala. Unfortunately, he hasn’t done anything since, but hopefully, he will soon. I’d happily give that segment a top rating for both concept and execution. Basically, I hope the Black Mirror people get Richard Karpala on board for season 4. He should fit right in!

Other than Iris, I have to mention two other short films that I really loved. First, there’s Entity which is so mind-blowingly beautiful. It’s hard to believe you’re “just” watching a short film in a horror anthology when it looks like scenes from a Hollywood million dollar production.

Directed by Andrew Desmond, who also wrote it along with Jean Philippe Ferré, this one stuck with me. Also, it had just one person starring in it with Alias Hilsum doing an excellent job. It reminded me of the awesome Father’s Day short film from the Holidays horror anthology. Though obviously, this story is very different as it’s set in outer space, where an astronaut is ejected from a spacecraft and floats off into space.

The final short film, I wanted to give special mention, is Kingz. It’s actually a German short film from 2007, which really surprised me. I mean, there is no way I would’ve guessed it was ten years old. It definitely feels very contemporary. Also, there’s a really cool reference to a classic Ellen Ripley Alien scene, which I definitely enjoyed.

Kingz was directed and written by Benni Diez and Marinko Spahic. Since making Kingz, Benni Diez made his first feature film with Stung, which came out in 2015. Stung is actually a pretty cool horror-comedy, so check that one out if you haven’t already.

Find your own favorite segment

While there were some really amazing short films in the Galaxy of Horrors anthology, I wasn’t blown away overall. It probably just comes down to taste and preferences. In the above, I’ve mentioned the ones that really stuck out for me. However, there was a total of 8 short films, so maybe you’ll find other favorites?

Galaxy of Horrors is available on VOD from March 7 and on Blu-Ray and DVD on May 2, 2017. Check it out and find your favorite segment!

Trapped in a damaged cryogenic pod, a man is forced to watch a series of horrific science-fiction tales while his life support systems run out. Featuring eight intense stories of the unknown and other-worldly, equally wonderful and terrifying.