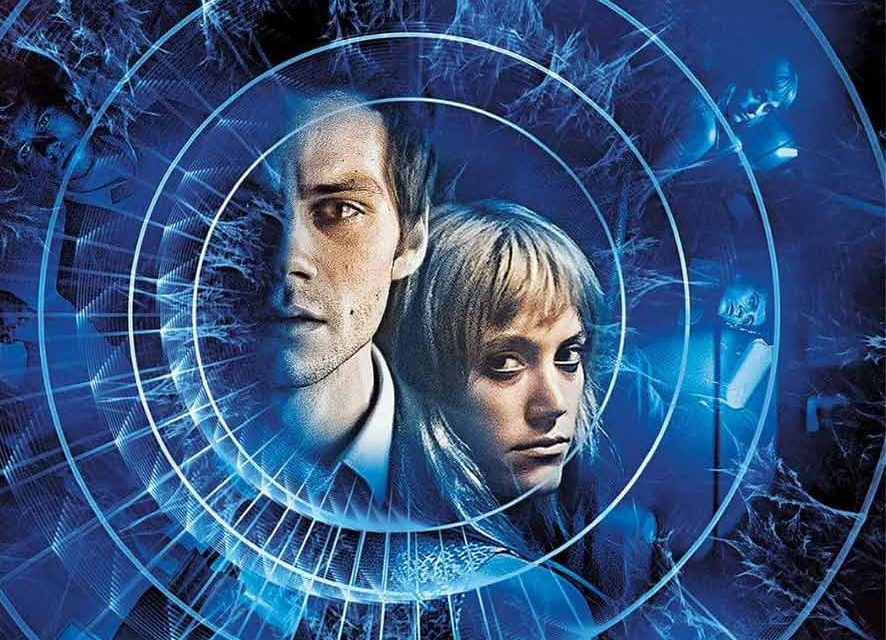 FLASHBACK is a new Sci-Fi Mystery starring Dylan O’Brien. A crazy story that ultimately works and is a real mindf*ck. If you enjoyed movies such as The Butterfly Effect or other mind-benders, then this should be your jam. Read our full Flashback movie review here!

FLASHBACK is a genre-bender that utilizes the sci-fi, thriller, and mystery genres. It stars Dylan O’Brien as the character Fredrick Fitzell who has to go through quite a lot during the 97-minute runtime. The movie premiered at the Sitges film festival in October 2020. Screening there is (in my book) always enough reason to check out any movie.

This plot is both crazy and rather simple – well, when you get to the end and the full picture appears. Still, you should experience it as a mindf*ck the first time around. If you’re a fan of movies like The Butterfly Effect or even Christopher Nolan’s Tenet, then this movie is definitely worth checking out.

I know many might still think of Dylan O’Brien as a “teen” or “young adult” actor. However, the man turns 30 years old later this year, and he is proving to be a strong leading man. In this movie, he plays Fredrick Fitzell and works both as the absentminded husband and the employee trying to climb the corporate ladder.

Well, when Fredrick Fitzell isn’t caught up in some strange memories from his senior year of high school. Memories include taking a strange drug and never seeing a girl again after one fateful night. The girl, Cindy, is portrayed by Maika Monroe. You might know her from movies such as the horror movie It Follows (2014) and the Netflix sci-fi movie Tau (2018).

Also, I do agree that Dylan O’Brien (Love and Monsters) still has a very youthful face, but that just works perfectly for this story. After all, he has to play both the very serious adult Fredrick and the senior high school version of himself during flashbacks. Something that comes very easily to him and is very believable to us viewers.

Other familiar faces in the cast include Emory Cohen (Lords of Chaos), Keir Gilchrist (The Good Neighbor), Hannah Gross (the Netflix series Mindhunter), and Amanda Brugel (Becky, the Snowpiercer series). 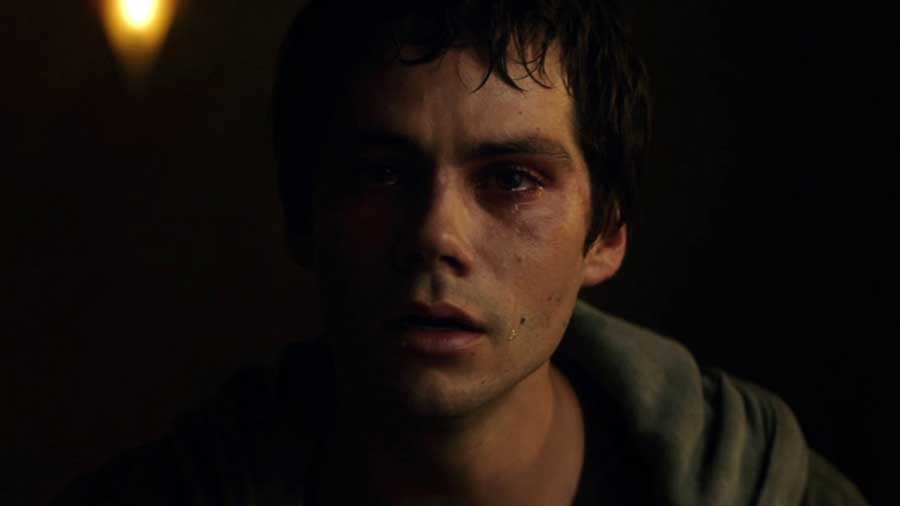 A new kind of The Butterfly Effect

This isn’t meant to be a spoiler, because Flashback is not the same as the plot in The Butterfly Effect. However, it’s still the closest reference I feel comfortable making. If you liked the 2004 movie The Butterfly Effect (I personally loved it), then I think you’ll like this movie as well.

Also, just like with The Butterfly Effect, one character is the absolute lead and carries the story. Coming off of having done The Maze Runner trilogy, this is hardly a big ask for Dylan O’Brien. He also worked wonderfully in the Netflix genre-bender Love and Monsters (2021) which pleasantly surprised many.

Fair warning though: There are crazy cuts and flashbacks that intersect with the present time. That means lots of flashing images and crazy moments but it still works.

Watch Flashback in theaters or On-Demand

Christopher MacBride is the writer and director of Flashback and I am fascinated by the way his mind works. This is a brain-twister of a story that takes a strong hand by the director as well. Fortunately, Christopher MacBride has a good grip on both the storytelling element and the adaption of this story onto the screen.

This is only the second feature film by Christopher MacBride after his 2012 horror thriller The Conspiracy. That movie also holds an impressive 6.3 rating on IMDb with +10,000 user reviews. So far, Flashback has a rating of 7.2 but that’s with only 245 user reviews so this can change. And this movie is by no means easy to watch, so I suspect it probably will.

Flashback was originally titled The Education of Fredrick Fitzell as a working title. In fact, it’s still the default title on IMDb as I’m writing this review. While Flashback might be catchier, I actually think this other title would have been stronger for the story.

You’ll see why when you watch it, but mostly because this movie is all about the life experiences of Fredrick Fitzell. It’s a mindf*ck in all the right ways. Just pay attention and hang on because you’re in for one hell of a ride. Both visually and mentally!

Fred Fitzell (Dylan O’Brien) is a man on the precipice of adulthood. With a new corporate job, a long-time girlfriend (Hannah Gross) pressuring him to define their future, and an ailing mother, Fred’s whole life changes when a chance encounter with a man from his youth results in terrifying flashbacks that send him on a wild journey into his past. As he slowly attempts to piece together his fragmented recollections about taking an experimental drug called Mercury, his mind begins to unravel… What is the long-hidden mystery surrounding the missing girl (Maika Monroe), and what is the terrifying creature that has been with him every step of the way?

With his past, present and future colliding, Fred begins to question his entire reality and explore all of the possible lives he could lead. Which one will he choose?